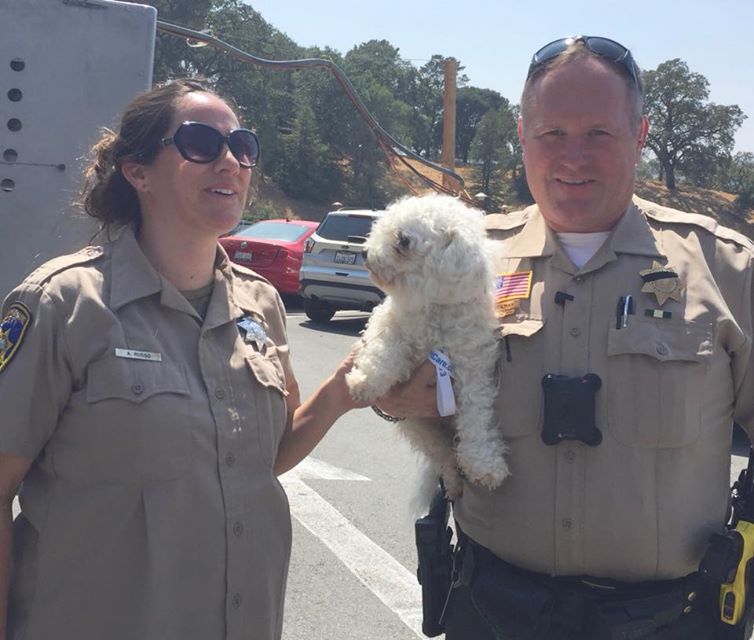 Law-enforcement agencies around the country have been posting videos to social media in an effort to increase goodwill, with officers lip-syncing pop songs and busting some moves. The Novato police department, however, chose to produce a solemn video about mental health, suicide prevention and post-traumatic stress disorder. The soundtrack features the song “1-800-273-8255” (phone number of the National Suicide Prevention Lifeline) by Logic. The five-minute video depicts Novato police officers encountering people in crisis, including a girl facing school bullying, a young man overdosing on drugs and a man contemplating suicide with a gun in his hand. “If we can save one person or encourage someone out there to seek help, making this video will be worth it,” says chief Adam McGill of the Novato PD. “Hope is alive, and help is a call away.” Watch the poignant video at https://player.vimeo.com/video/285031782.

It was approximately 75 degrees in San Rafael last Wednesday when Snoopy was found locked in a car at the Marin County Civic Center. The windows were cracked about an inch, but that didn’t stop the temperature from hitting a whopping 103 degrees inside the vehicle. The fluffy white pooch hid under the dashboard to try to beat the heat, but he was suffering when Marin Humane officer Adrienne Russo and Marin County Sheriff’s Office deputy Rob Heilman arrived on scene. Deputy Heilman figured out a way to open the car window without smashing it, then unlocked a door and released the animal from the sauna-like conditions. The pup was brought to Marin Humane and will remain there until his Zero owner receives some education and pays a citation for endangering the dog. Thanks to the quick actions of officer Russo and deputy Heilman, the dog has fully recovered. “It’s not the first dog we’ve pulled from a hot car this summer,” says Marin Humane spokesperson Lisa Bloch, who has some advice: “Leave them at home.”

Previous ArticleFilm: In the Evening