.Film: In the Evening 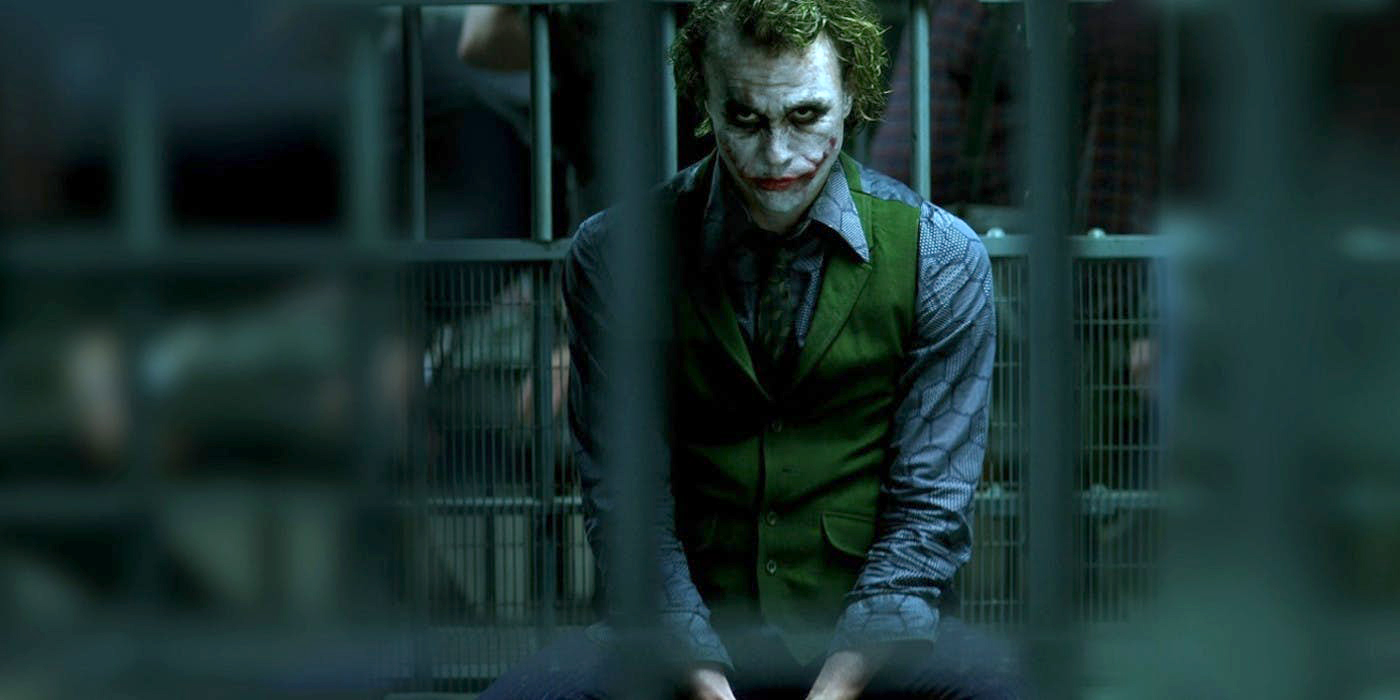 Ten years of super-heroism, and the world hasn’t got any better. The Dark Knight (2008), the smartest and most intense of these power operas, is on Netflix, as well as returning for a 10th anniversary screening this week in IMAX. The Dark Knight always ought to be played on the biggest screen possible, and played loud, like a Led Zepplin song. Director Christopher Nolans’ skyscapes, the helicopter shots and views from the 200th floor, are IMAX at its best.

More than once, this movie about symbols cautions that a masked vigilante is the wrong kind of hero for a city. The Joker isn’t wrong when he sizes Batman up as a creature beyond the extreme, just like himself. A decade later, Heath Ledger is still shocking in this horror-clown role. The smeared makeup based on Francis Bacon’s paintings doesn’t disguise that the grin he wears might have been cut into his cheeks—he’s still licking his wounds as he lies about how he got his scars.

His rudderless evil is summed up in Alfred’s anecdote about the Englishman’s commando days. The moral of the story: “Some men just want to watch the world burn.” Sensational dialogue, Kipling-worthy, but it’s also an old colonial talking. Even bin Laden didn’t want to see the whole world burn—just the Western side of it.

Certainly, The Dark Knight gave fans what they wanted to see since they were children: Batman chasing the Joker. Its serious doubts about the use of extra-legal force is more than just liberal-hand wringing. It’s every moviegoers’ fantasy to see a sword unsheathed and taken to a Gordian knot. The quality in The Dark Knight is its insistence that a stroke of violence is absolutely the wrong way to solve an intractable puzzle.

Next ArticleHeroes and Zeroes