Hero: Noel Perkins watched a hero story unfold as he rode home to San Rafael on the Marin Airporter last Saturday. The bus driver announced the fees from SFO to various destinations and finished with, “We accept cash.” A college-aged man asked if he could use a Clipper or ATM card or anything else. The driver indicated that payment was cash only. “If I don’t have cash, should I just get off here?” the young man asked. The woman sitting behind him assured him not to worry. “I got you covered,” she said. When the bus reached Larkspur, the generous woman handed him the fare. The man thanked her and took her address to repay her. Perkins says that thinking of the occasion still makes him happy. Us, too.

Zero: Akita, a senior-aged dog, was discovered sitting in the rain in Tam Valley, thin, 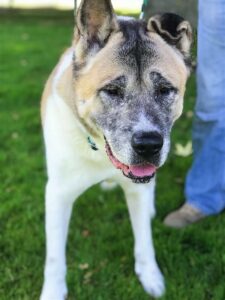 nervous and without a collar. Marin Humane picked up the poor guy and found a microchip that led to a dead end. Abandoning a dog to fend on his own is animal cruelty or stupidity, both high on our zero list. Marin Humane named him Kimo and treated his severe flea infestation, skin infections and kennel cough. After two months of care, Kimo feels better and deserves a loving home. Call 415/506-6225 for info.

Nikki Silverstein
Got a Hero or a Zero? Please send submissions to [email protected] Toss roses, hurl stones with more Heroes and Zeroes at pacificsun.com.
Previous articleFree Will Astrology
Next articleAdvice Goddess