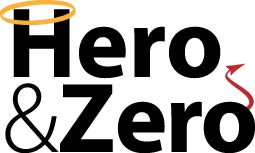 Hero: Best advice of the week: If you’re going to get caught in a rip current at Stinson Beach, wait until a Tam High water polo coach is nearby. Robert Palmer, 38, a Mill Valley resident, was enjoying a day at the beach last Sunday when he noticed two children in trouble and rushed into the ocean to rescue them. Lucky for the 13-year-old boy, who struggled bravely to keep his 8-year-old sister afloat in the rip current, Palmer, an assistant water polo coach at Tam, is also an experienced swimmer. He saved the exhausted boy, and the girl was helped by others. Thanks to the heroic efforts of Coach Palmer, the siblings are fine. Rip currents are strong this season, so let’s be careful out there.

Zero: This week’s Zero is a toss-up between nonsensical Donald Trump referring to 9/11 as 7-Eleven at a rally in, of course, New York, and Wink Optics in Mill Valley for a bait-and-switch routine.  Since the eyeglasses issue happened to me, Wink wins. My face is narrow and it’s the boutiques that typically carry frames to fit my delicate, petite features. Still, I called Wink and the woman said, “We specialize in small frames.” I hurried on over. That same woman showed me two obviously not diminutive styles and insisted that people “wear them larger right now.” Never mind that I looked cross-eyed due to the width. When confronted with her promise, she insulted me with “not that small,” and opened the drawer to the kids’ stuff.