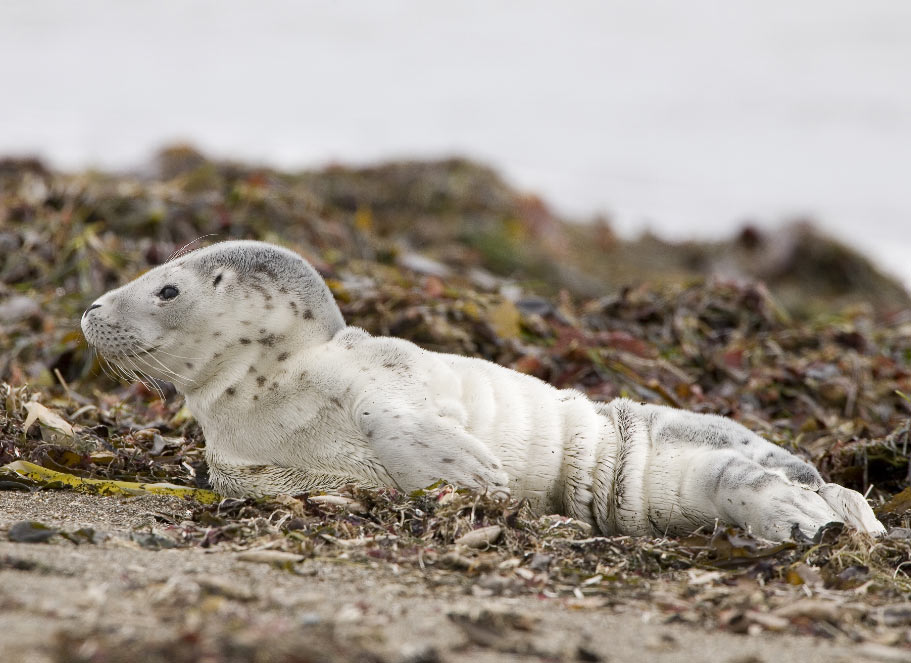 truck. Until now, the heroic nonprofit relied on its volunteers to transport food in their own vehicles. For the one in five people that need food assistance in our county, the new truck is a gamechanger. It enables the nonprofit to rescue one million pounds of food and feed 9,000 vulnerable people each month. A huge and heroic shout-out to the truck’s sponsors: the Bothin Foundation, Marin Community Foundation, Whole Foods Market, Nugget Markets, Marin General Hospital, Kaiser Permanente, Homeward Bound of Marin, West Marin Community Services, St. Vincent de Paul Society of Marin County, Whistlestop Nourish, Marin Sanitary Service, Recology and Zero Waste Marin.
Zero
Despite the continued rains, spring has arrived and with it, baby animals. Keeping away from young wildlife may sound like common sense, but apparently some humans lack that gene. The Marine Mammal Center in the Marin Headlands reports that people are taking selfies with harbor seal pups and putting the animals at risk for abandonment by their mothers. And, the center says even when they explain the reason for staying away from the pups; some folks just don’t believe it. Let’s consider the facts: harbor seal moms leave their offspring for short periods of time to forage for food offshore, but they keep an eye on them. If the mother sees a person or a dog near her baby, she’ll often abandon it. Sadly, an abandoned pup slowly starves to death. So forget about that photo with the cute baby seal you see alone on the beach. By skipping the selfie, you may save a pup’s life. The Marine Mammal Center advises people to stay at least 50 yards away from that cute harbor seal pup.
email: [email protected]