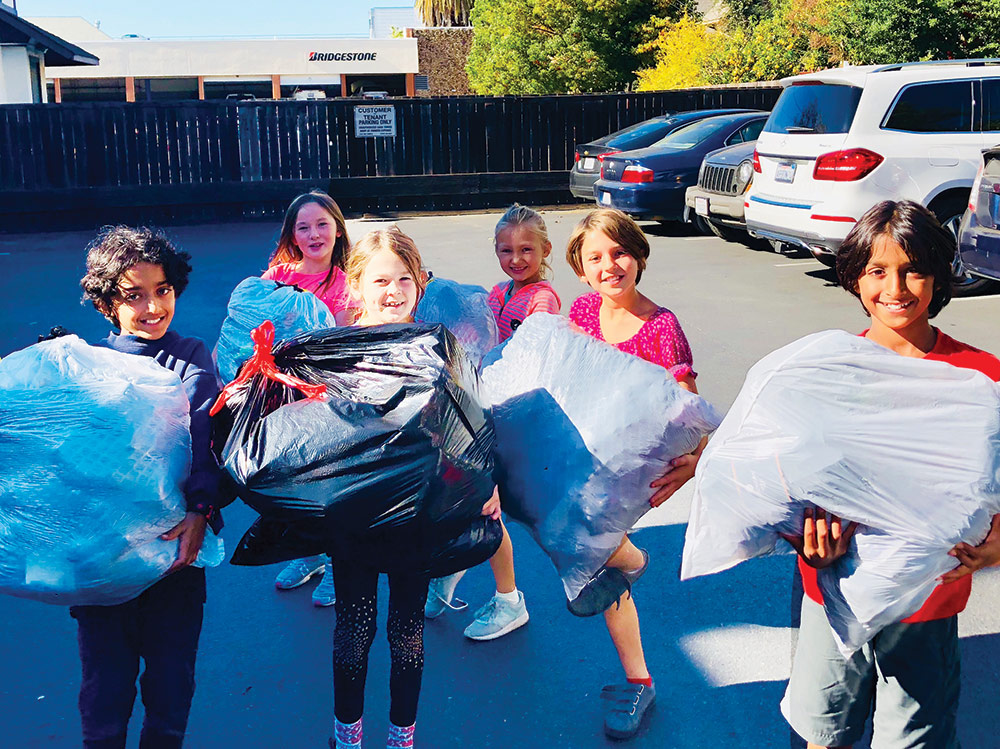 Scores of students collected a stock of socks, 2,500 pairs to be exact, and donated them to homeless people in Marin. It started with Community Heroes, a Marin school-based program mentoring young philanthropists and social activists on how to make a difference in their communities. The kids in the group learned that socks are the number one requested item by unhoused men and women. They swung into action, performing skits for their student bodies and making and waving signs at school drop-offs to raise awareness of the issue. In October, they launched SOCKtober, the rocking sock collection drive. This month, children from three participating San Rafael elementary schools, Vallecito, Dixie and Sun Valley, delivered the socks to Downtown Streets Team in San Rafael. It was the largest sock donation ever received by the San Rafael nonprofit that works to end homelessness. Kudos to the kids.

In the wee hours of the morning, a San Rafael police officer found an unregistered Mac 11 automatic pistol and a loaded high capacity magazine in the car of a convicted felon on probation. To add insult to injury, the car was parked next to a preschool on Bayview Street. Not only does that gun look mighty scary, it’s a banned weapon according to California law. The patrolman arrested Tyler Revels, 21, of San Rafael, on an outstanding warrant and six additional charges related to the pistol and ammo, including possession of an assault weapon. The silver lining here is that the San Rafael police took a dangerous gun off the streets. We need gun legislation to help rid us of the 393 million firearms owned by civilians in this country. OK, keep the hunting rifles if you must, but the rest of them need to go.

Pacific Sun
The Pacific Sun publishes every Wednesday, delivering 21,000 copies to 520 locations throughout Marin County.
Previous article‘Wreck-It Ralph’ sequel has some laughs, but a shortage of big ideas
Next articleBarefoot Shakespeare