The top 10 films of 2017, in alphabetical order are: The Florida Project, Get Out, Lady Bird, The Shape of Water, The Square, Twin Peaks: The Return, War for the Planet of the Apes, Whose Streets?, Wonderstruck and Wonder Woman.

Watching Wonder Woman was the first two hours since the Inauguration that made me forget about Trump.

Most of the time, 2017 was “The Sunken Place,” in Get Out’s term, the zone of helplessness in which one can only observe and hope for deliverance. In some respects, Get Out was the most zeitgeist-ridden movie of the year, a film about horrible science fiction skullduggery carried out by good white people.

Guillermo del Toro’s The Shape of Water had the texture of classic cinema, from its yearning for the red-velvet-lined movie theaters of the old days, to its sensational color. Sally Hawkins’ performance sums up one odd aspect of 2017 in film—there were so many fine mute performances: Hawkins (the best), the delightful Millicent Simmonds as Rose, a girl of 1927 in Wonderstruck and Amiah Miller’s Nova in War for the Planet of the Apes.

The Florida Project’s endearingly hopeful study of the ground-down poor was unique. The street kids were ingenious, hustling, sticky and mischievous in this tribute to the Our Gang series set in Florida welfareland motels. It couldn’t have been a more different approach from The Square’s video—not a guilt-whipping over a homeless kid, but a fun if grotty vacation. Lady Bird could have been as facile as John Hughes’ Pretty in Pink—but there’s a difference in the way it savors the reverse angle of the hard-working, weary mom driven nuts by her daughter’s fancies.

Whose Streets?, a documentary made under the noses of the police in Ferguson, Missouri, introduced us to people drastically different than the rampaging thugs in the news. We need visions of heroism—real, as in the neighborhood guardians in Whose Streets?, and as in the gallant Gal Gadot. 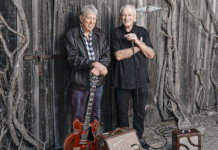