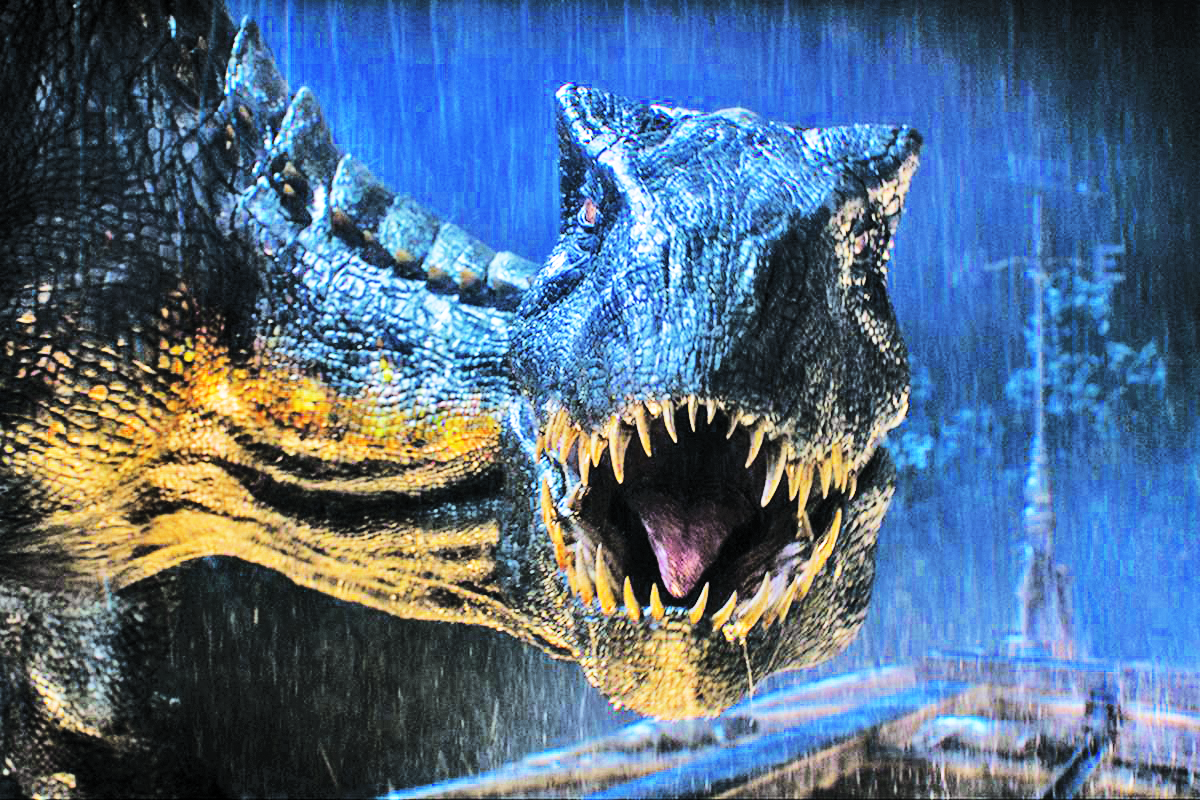 Jeff Goldblum has the best job in the world. One of the better facets of J. A. Bayona’s Jurassic World: Fallen Kingdom is his bracketing performance, kvetching at a congressional panel that we’ve let the genie out of the bottle, awakened a sleeping giant, played God, etc.

Goldblum’s most deathless line is in Jurassic Park: The Lost World, “‘Ooh-aah’: that’s always how it starts—but then later there’s running and then screaming.” There’s certainly a surfeit of running and screaming in Jurassic World: Fallen Kingdom, done mostly by Bryce Dallas Howard, whose relation to the far more interesting Laura Dern is like the difference between the first movie and this tired and strangely vicious sequel.

Three years after we saw the ruin of Jurassic World, Isla Nublar has been by a cataclysmic volcano. Do-gooders around the nation are protesting to “Save the Dinosaurs.” Indeed, the former head woman at the park, Claire Dearing (Howard), works a phone bank to lobby the U.S. government. A philanthropist (Rafe Spall) calls up: he has a fortune to spend at the behest of a wealthy partner in the original Jurassic Park, Benjamin Lockwood (James Cromwell in a wheelchair-and-oxygen-tank role).

Led by Claire and her ex-lover, the studly velociraptor-whisperer Owen (Chris Pratt), a team heads to get the Jurassic World electronics online so the critters can be tracked and taken to a new sanctuary. Owen searches the lava flows for his old dino-friend, loyal ol’ Blue, the velociraptor, while Claire punches keyboards, screams and runs.

As for Malcolm, ushering in the sequel and delivering the final warning, he’s of a sci-fi tradition but not in it. He’s the traditional white-coated doctor making his warnings about the doors mankind must not open.

‘Jurassic World: Fallen Kingdom’ is playing in wide release in the North Bay.