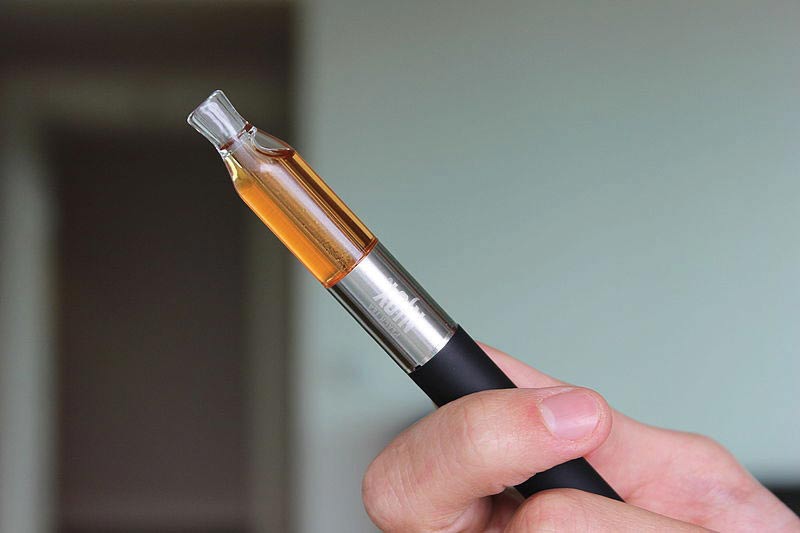 Amid a growing crisis over emerging health impacts associated with “vaping” technology, Gov. Gavin Newsom last week announced a big crackdown to confront what he’s calling the “youth vaping epidemic.” The effort is mostly directed at stemming the tide of flavored e-cigarettes and flavored cigarette oils, but the vaping scandal has reached into the burgeoning California cannabis economy as well.

Newsom, whose helped usher cannabis legalization into California under Jerry Brown, issued a four-pronged executive order last week to beat back an unexpected development in the state’s nascent legal-cannabis industry: several people have died around the country from lung conditions said to emerge from overdoing it with the vape pen.

Out the gate, Newsom ordered the California Department of Public Health to spend $20 million on a public-relations campaign targeted at keeping kids away from tobacco and cannabis products until they’re of-age, with an emphasis on vaping.

The convergence of weed and tobacco products and the recent spate of deaths prompted the move by Newsom. The state was already dealing with an e-cigarette phenomenon with flavored tobacco products driving concerns over youth smoking when reports started to pop a few weeks ago about mysterious lung ailments associated with vaping cannabis products. Moving forward, Newsom has directed the Department of Tax and Fee Administration to crack down on counterfeit vaping products associated with tobacco, and set a new tax scheme based on the nicotine content of legal e-cigs.

He also ordered the CDPH to come up with a plan to keep vaping products out of the hands of the under-21 set. That will include, according to his executive order, warning signs in stores that sell vaping products that would highlight the health risks now associated with the practice. Newsom’s given the agency until mid-October to come up with new recommendations on the dangers-of-vaping signage that will now join the ironic signage in North Bay medical dispensaries which warn that cannabis can give you cancer.

In a statement Newsom highlighted his especial concern about this issue, given that he’s a parent. He said he understood the anxiety faced by parents when their kids start puffing away on flavored tobacco products, especially given “mysterious lung illnesses and deaths on the rise,” that are now associated with vaping technology.

Next ArticleKeep It Clean