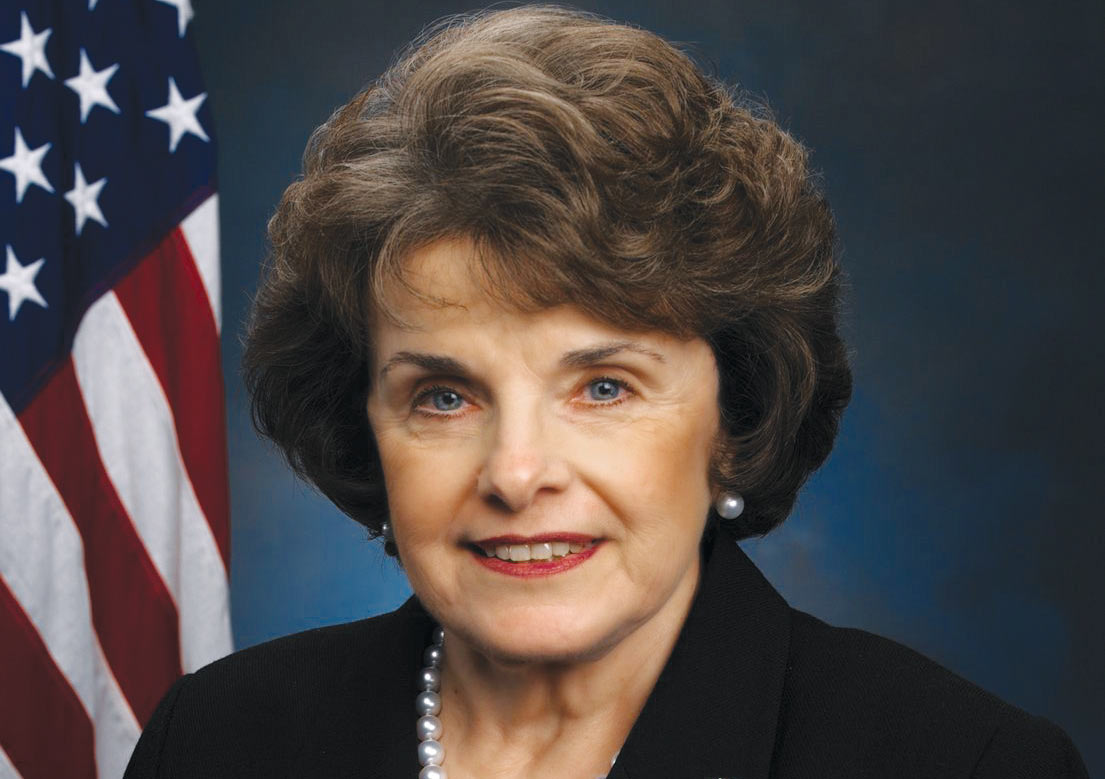 Dianne Feinstein is not kidding around

A viral video of Sen. Dianne Feinstein has been making the rounds this week, as the Bay Area politician has been taken to task for her strong and dismissive reaction to a group of young people who asked her to sign on to the Green New Deal.

The students approached Feinstein in her San Francisco office last week with a big hand-written letter that asked if the 85-year-old senator might spend her remaining time in office helping to save the planet so that they, too, might one day become U.S. senators instead of watching starving polar bears float by on ice cubes.

Feinstein wasn’t having any of it from the eco-minded whippersnappers, as she bragged of having just won another term, handily, and that none of these pain-in-the-neck kids voted for her, anyway, so why should she care what they think?

Feinstein told the student environmentalists, “You know what’s interesting about this group? I’ve been doing this for 30 years. I know what I’m doing. You come in here and you say it has to be my way or the highway. I don’t respond to that.”

The encounter went downhill fast from there. A 16-year-old girl told Feinstein, “We’re the people who voted for you. You’re supposed to listen to us. That’s your job.”

Feinstein asked her how old she was and then snapped at the teen, “Well you didn’t vote for me.” And . . . probably never will.

Throughout the encounter, Feinstein looks like she wants to waterboard the children with her iconoclastic eyebrows, which danced testily at their inquiries regarding her opposition to the Green New Deal proposed by progressive Democrats and mocked steadily by the legions of the right and their centrist enablers.

The social media lit up at Feinstein’s tone and demeanor toward the kids, and the episode quickly turned into a sort of Covington moment. Some wondered why the students were there in the first place when this whole save-the-world thing is really an adults game. It costs money, Feinstein scolded, and we just don’t have it, kids. After the encounter went viral, the youth were variously described by Green New Deal detractors as pawns and dupes of radical left-wing parents.

Mill Valley resident Maya Musick rejects the narrative in toto. She was there in Feinstein’s office with her two-year-old and tells the Pacific Sun that she was mighty disappointed by Feinstein’s response to the children—and to the tenor of the attacks on the kids.

“I was honored to be in the room with the brave kids who spoke with Sen. Feinstein,” Musick says of the Feb. 22 encounter. “I was there with my two-year-old son fighting for his future. As someone who met these children in person, I can assure you they were there by their own free will and speaking from the heart. They are not media props; they are human beings who wish to survive.”

Musick adds that Feinstein did offer her own “watered-down version of climate action. Her plan doesn’t come close to meeting the scale of the problem as laid out by scientists. Currently, the Green New Deal is the only solution grand enough to ensure the survival of our species. This is an emergency. We will not stand for being told there is no money to fund a solution to this crisis.”

As it stands, the Green New Deal is a resolution in search of a legislative package. Its broad outlines aim to save the planet and the American economy through deep and sustained investment in alternative energies. Locally, it’s been supported by U.S. Rep. Jared Huffman; Mike Thompson’s been mum on it, and Nancy Pelosi has made some nice gestures in its direction by declaring her “enthusiasm” for the effort undertaken by freshman Rep. Alexandria Ocasio-Cortez (the resolution was co-sponsored by Massachusetts Sen. Ed Markey).

“We have no other choice,” says Musick, “but to demand that our politicians co-sponsor [the] Green New Deal.”

She concluded her statement with a hashtag: #ListenToTheKids.