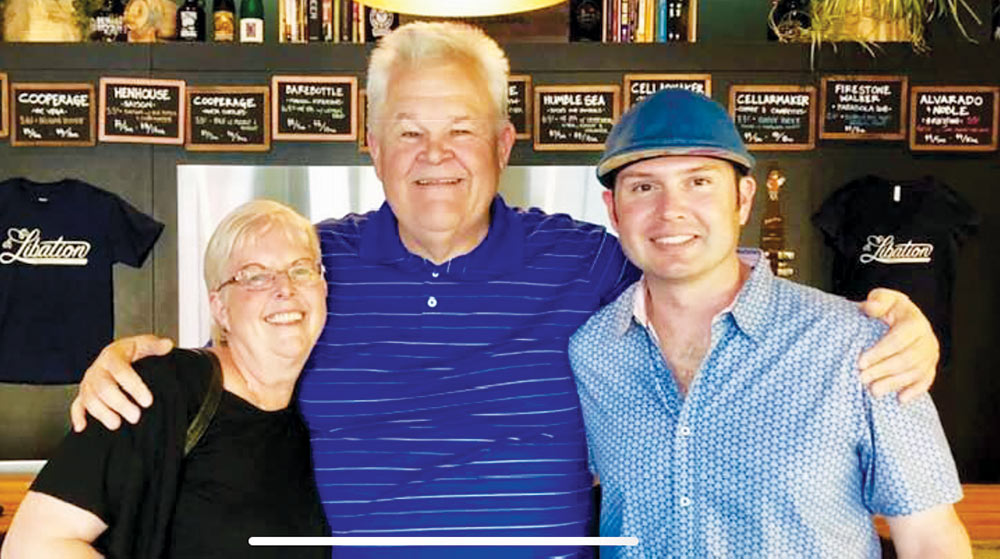 Ryan Spencer took longer than he anticipated to open Libation Taproom & Bottleshop on B Street in downtown San Rafael. By the time permits were secured, plans completed and the entire space refurbished with a nod to the building’s historic 1914 architecture style, it was October 2018—over three years from start to finish.

It seems the long process paid off—Libation Taproom & Bottle Shop is not just another brewery. This place offers a next-level beer experience. With 20 rotating taps, each brew has a designated chalkboard denoting the name of the brewery, the type of beer and a description. When a tap runs out, the chalkboard is turned upside down, the line is cleared and a similar style beer replaces the previous one. It’s a tight operation and it’s obvious Spencer isn’t new to this business. In fact, he spent five years as the general manager at City Beer Store in San Francisco, which offers the identical model on a larger scale.

But Spencer’s obsession with craft beer began even before his first job in the industry—it started when he was in college at Indiana University. His German neighbor introduced him to home brewing and he was hooked. When he returned to California, he endured a brief stint in a corporate job before following his beer calling to Jupiter (a beer garden in Berkeley) and then on to Drakes Brewing Company in San Leandro.

“I’ve got beer ADD—I’m always looking for something new,” says Spencer, which explains why, along with the 20 taps, there are cold cases filled with beers seldom seen. It’s not uncommon for Spencer to drive to Salinas, Monterey or Santa Cruz to purchase small batch brews to bring to his customers. The mindset is more akin to the culinary world—taste what is fresh and in season right now. There’s even something for non-beer aficionados here, like kombucha.

Don’t get attached to one particular exact brew; just enjoy the seasonality and nuanced flavor of the beer. The menu will be different—but similar—next week, next month or next year. That’s what farm-to-bottle (or keg) tastes like.