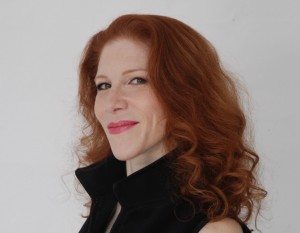 Q: My friend is obsessed with dating models. Of course, because he’s dating mostly based on looks, these relationships rarely last. He says that he’s trying to move up in the business world and that being seen with a beautiful woman makes a difference in how he’s perceived. Wouldn’t businesspeople be more impressed if he could keep a relationship going, even if it were with a plainer woman?—Discerning Dude

A: The problem with dating largely based on looks is that you tend to end up with the sort of woman who’s frequently hospitalized for several days: “I was thinking so hard I dislocated my shoulder.”

However, your friend isn’t wrong; arm candy appears to be the Prada handbag of male competition. Research by social psychologist Bo Winegard and his colleagues suggests that a man’s being accompanied by a modelicious woman functions as a “hard-to-fake” signal of his status, as beautiful women “have the luxury of discriminating among a plethora of suitors.”

In the Winegard team’s experiments, men paired with attractive women were consistently rated as higher in status than the very same men when they were paired with unattractive women. In one part of the study, some men were assigned an attractive female partner. The men were told that they’d be conducting a survey out on campus with her and that they “were to act as if they and their assigned partner were in a happy relationship.”

These men were forced to choose between a group of men and a group of women to survey—and thus flaunt their hot female partner to. Interestingly, almost 70 percent of these guys chose to flaunt to other men. This isn’t surprising, considering how, as the researchers note, men are “largely” the ones who determine one another’s status (within a group of men).

The reality is, once he’s more established, his priority may shift from needing a signal to wanting a partner. At that point, he may come to see the beauty in the sort of woman who has something on her mind, besides a $200 double-process blonde dye job and $600 in hair extensions.

Q: I’m a straight guy in my 30s with pretty strong body odor. I saw your column about how more men are doing body hair trimming. I remember you saying not to remove all the hair, and I don’t want women to suspect I’m gay. However, I’m wondering whether shaving my pits would help with my BO.—Pepé le Pew

A:  When a woman you meet can’t stop thinking about you, ideally her thought isn’t, “Could there be a small dead animal making its home in his armpit?”

Underarm stink comes from a specialized sweat gland. Your body has two kinds of sweat glands, eccrine and apocrine. Eccrine glands are the air conditioners of the body, producing sweat that’s pretty much just salty water to cool us off. Apocrine glands, on the other hand, are scent glands, found mostly in the armpits and groin and around the nipples. And—sorry, this is gross—any smelliness emanating from the apocrine areas comes not from the sweat itself but from bacteria that move in to lunch on it.

So, intuitively, it seems like shaving that pit hair (removing it entirely versus just trimming it) would make a difference, giving the bacteria a far smaller, um, dining area. Unfortunately, the studies on this are problematic with too-small sample sizes. One of the studies was done, not by independent researchers working out of a university lab, but by five researchers employed by a multinational company that sells razors and shaving products.

Also, as you suspect, shaved pits on a straight man (one who isn’t an Olympic swimmer or a serious body builder) may lead women to suspect he is gay or some body-obsessed narcissist. If you do decide to try pit-shaving, in summer heat, you might forgo tank tops and wear shirts with loose short sleeves. And when you’re about to get naked with a woman, see that you pre-allay her fears. Explain that the shaving thing is merely about getting the hideodorousness under control, not getting into a skin-tight dress, a ginormous platinum wig and a 14-foot boa.Y

Worship the goddess—or sacrifice her to the altar at [email protected].

Amy Alkon
Previous articleFeature Story: The Sword and the Shield
Next articleFree Will Astrology