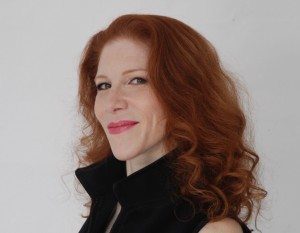 Q: I’m a married lesbian working on having another baby with my fab wife. My new best friend is an attractive straight girl who lives in another state. We talk and text every day. It isn’t sexual or romantic at all, but my friend gets me in a way that, I’m sorry to say, my wife does not. My wife seems jealous. I’ve noticed her moping around when I’m on the phone and sometimes rolling her eyes when I’m laughing with my friend. How can I reassure her without giving up my new friend?—Concerned

A: Spouses can’t meet each other’s every need—and shouldn’t be expected to. Like, if you’re doubled over in pain, you don’t just hand your wife some dishwashing gloves and a knife and be all, “Kitchen-floor appendectomy, babe?”

Still, it makes sense that your wife is getting all green monster-y. Human emotions, including jealousy, are a tool chest for solving the mating and survival problems that have kept popping up throughout human history.

Jealousy is a guard-dog emotion, rising up automatically when we sense that our partnership might be threatened. Research by evolutionary psychologist David Buss finds that our jealousy, in turn, triggers mate-retention behaviors, such as going around all hangdog mopeypants to try to guilt our partner into spending less time with their sparkly new friend.

Now, it seems like you could just reason with your wife: “Come on…my friend’s fiercely hetero, she lives in another state and I’m having another baby with you.” However, though we each have the ability to reason, reasoning takes effort, while emotion comes up automatically, without mental elbow grease. So it turns out that emotion does a lot of our decision-making, and then we dress it up as reason after the fact.

Your best bet is be extra loving to your wife—basically to lovey-dovey her off the ledge. Psychologist Brooke C. Feeney’s research on the “dependency paradox” finds that the more an insecure partner feels they can count on their partner for love and comforting the less fearful and clingy they tend to be.

In other words, you should consistently go a little overboard in showing affection, like by sending your wife frequent random texts (“in supermarket & thinking about how much i love u”), caressing her face, doing little sweet things. Basically, stop just short of boring her to death with how much you love her.

Q: My male neighbor was married to a wonderful woman for 15 years. She died, and he was grieving heavily for several months, telling my husband and me she was the love of his life and he didn’t “know how to do life” without her, etc. Well, six months later, he was dating, and in less than a year, he’s engaged to somebody new! I’m beginning to wonder if all his “I’m so grief-stricken” was just for show.—Irate

A: The way you see it, he went through some Stages of Grief: 1) Wow, this is terrible and life-shattering. 2) Boobs!

However, it isn’t surprising that you’re “irate” at what you perceive to be a suspiciously speedy recovery. Evolutionary psychologist Bo Winegard and his colleagues believe grief evolved to be, among other things, a form of advertising. “Prolonged and costly” grief signals a person’s “propensity” to develop deep emotional attachments to others. This, in turn, suggests they can be trusted as a friend, colleague, or romantic partner.

The reality is, there are individual differences in how people respond to loss that don’t always square with widely held beliefs about how grief is “supposed” to work. These beliefs, explains grief researcher George Bonanno, “tend to create rigid parameters for ‘proper’ behavior that do not match what most people go through.” They end up fostering doubt and suspicion about what’s actually successful coping.

Understanding this, maybe you can try to be happy for the guy and support him in his new relationship. Don’t assume that his finding new love means he’s forgotten his late wife or no longer misses her.