.Single in the Suburbs: A walking virus and a dancing fool

Has our favorite single spinster finally found a rockin’ match? 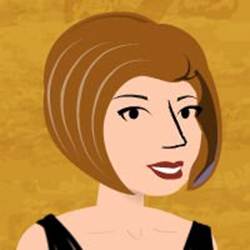 I’ve been sick for 40 days and 40 nights. My kvetching is completely justified this time. First I had surgery. Then I had a shingles outbreak on my forehead. Let me say that this is quite painful, especially when you’re told that it typically strikes old people. Well, old people, be sure to get the vaccine for this hideous ailment, because it hurts. Next, I suffered from a bladder infection. On the heels of that delightful experience, I came down with a sore throat, ear ache, fever and chills. The grand finale is conjunctivitis in both eyes. There’s no way to pretty that up. I have pink eye.

Totally disgusting, right? Still, the men line up at my door. It’s crazy.

I met the nicest man awhile back. We’ve seen each other a few times. Don’t breathe a sigh of relief for your favorite single spinster, because this glorious guy belongs to a wonderful woman. Danny Click is his name. Of Danny Click and the Hell Yeahs, a local southern rock band playing intimate venues right here in Marin, while their hits are climbing the nation’s country, pop and American charts.

How did I meet this celebrated Marinite? It started with my story about Seth, the man who courted me hard, cancelled a couple of dates and discarded me in an unceremonious fashion with incoherent explanations.

The last time Seth bailed, our plan was dinner, to be followed by a Danny Click performance at the Sleeping Lady in Fairfax. I wrote about my hurt and disappointment. Danny read the article, and mensch that he is, he emailed:

Just read your column and wanted to say that guy was probably a dingbat. That said, please come out to a show! There are tons of great folks that make up what they call the ‘Hell Yeah’ family. You’ll feel at home with or without a date. It’s always a pleasure to see new faces in the crowd and I can guarantee you a great night of music and dancing. I would love for you to be my guest at our next show. Let me know if you can make it. Nice to meet you and thanks. 🙂

I dabbed my tears dry, grabbed my BFF Kate, and headed to the Throckmorton Theatre. We arrived early and sat at an empty table, front and center of the stage. A few minutes later, we were joined by charter members of the Hell Yeah family, Trudy and Jim, who were hosting a bash to celebrate Jim’s birthday. Not ones to be crashers, we attempted to move, but Trudy and Jim invited us to their party.

The crowd went wild when Danny and his fine musicians started their gig. Soon most of the audience was standing in front of the stage dancing and singing. Not mindlessly spinning in a Dead-induced daze (well, there was that one guy in the corner), but rocking to the original tunes and covers with a Hell Yeah twist.

Through the sea of dancers, I started recognizing friends, neighbors, and, whoa, the best therapist I ever had. I almost didn’t recognize Grace, the caring woman who had listened attentively each week as I droned on about my bounty of neuroses. Who knew she had the body of a model and the moves of a flash dancer?

Nadine, one of the gals on my hill, was right in front of me bopping to the beat. My old roommate (and I do mean old in every sense of the word), John Prince, was there, too.

Nadine pulled Kate and me to our feet and we danced the night away with folks old enough to be my parents and young enough to be my kids. Straight, gay, tranny. On that floor, we were all part of the same joyful, carefree group.

Kate and I took breaks to watch Danny twang his guitar. Adrienne Biggs mesmerized us by playing the heck out of her fiddle. And, I couldn’t stop looking at that handsome Don Bassey on bass.

The house lights came up to signal the end of our groovy night. As some of the crowd filed out the exit, I stayed behind to thank Danny. I waited a long time, because he chatted casually with his fans, who I think are like friends to him. Finally, it was my turn. When I introduced myself, I received the warmest hug.

Danny sent me home with all of his CDs, which are getting worn with continual play. Though I can’t hit a note, I belt out “Baptize Me Over Elvis Presley’s Grave” while I’m in the shower, much to the annoyance of my mutt’s sensitive ears. I wear my Danny Click and the Hell Yeahs T-shirt proudly. Hell yeah, I’m a groupie.

It took the kindness of a stranger to cajole me from my been-kicked-to-the-curb-again blues. Thank you, Danny Click. For reaching out. For your generosity. For your music. And, for sticking around Marin when you should be playing the big stages in every major city across the country. You rock and now I do, too.

Share your dance moves with Nikki at [email protected]