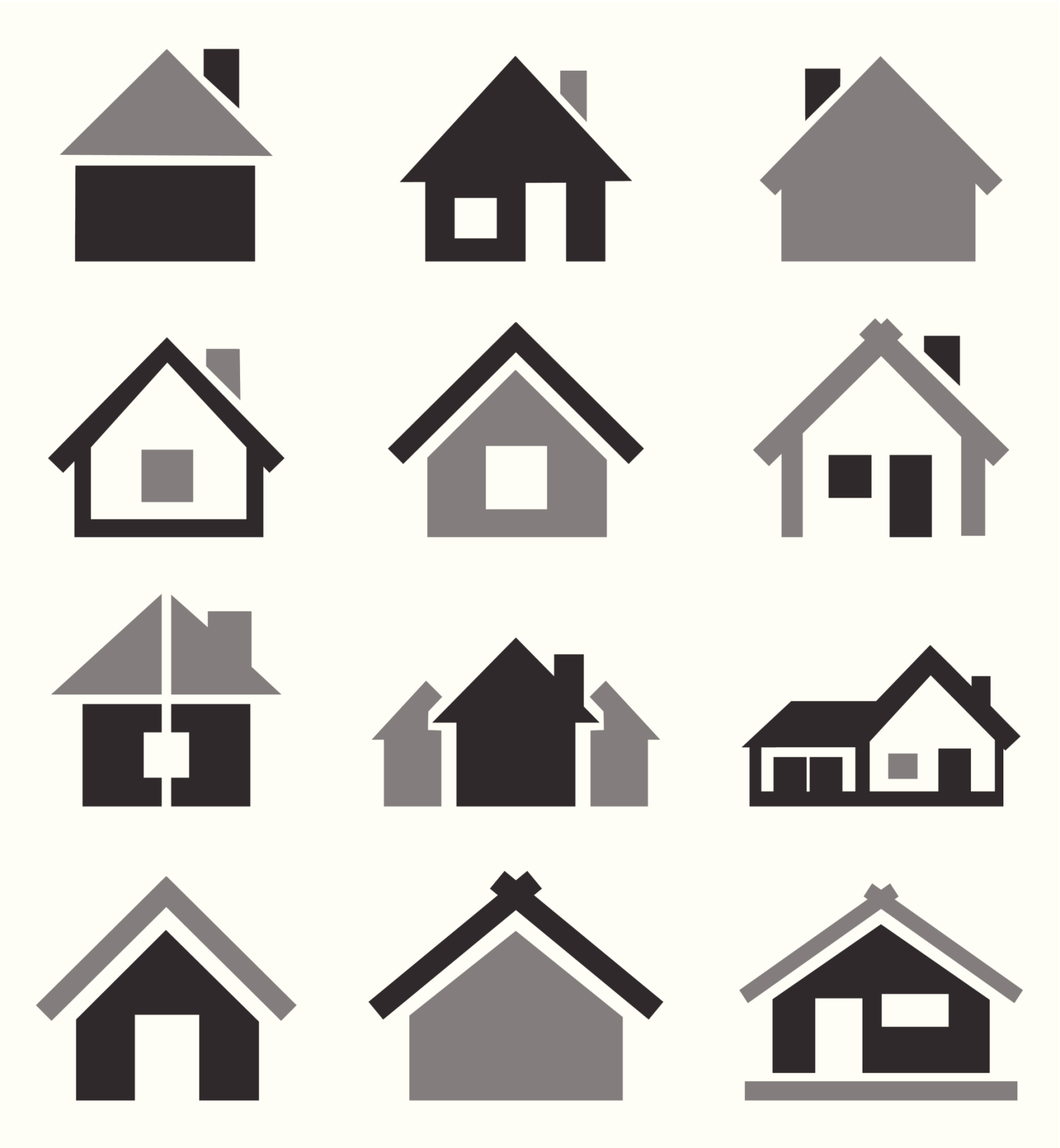 The Marin Organizing Committee (MOC) is moving to the next phase of its project to help the homeless.

The organization and partners that include the county, the Marin Community Foundation and St. Vincent de Paul operate an emergency shelter program for the homeless during winter months. The MOC is working to create a pilot program that could lead to an expanded shelter program. The pilot program certainly will add some weeks of shelter in the summer months.

The idea is to use the pilot program to provide shelter and also assess the need for shelter assistance in the months before and after the winter shelter program operates. The pilot also will provide an opportunity for service providers to assess what kind of services would most help a homeless population that would use a shelter program operating every day throughout the year.

The history of the Marin shelter program actually starts back in 1987. That’s when Congress passed the Stewart B. McKinney Homeless Assistance Act. It was aimed at helping homeless people by creating and aiding, among other programs, emergency shelters. Then Governor George Deukmejian gave the thumbs up for the California National Guard to open its armories as temporary shelters during the winter to protect the health and safety of individuals who would otherwise be at great risk.

The issue of homelessness in Marin had been relatively silent, but in 2009, the Cold Weather Armory Emergency Shelter program was the catalyst in opening the Armory at the Civic Center in December. The county had been discussing the possibility of providing a shelter, a warming center, a clean and safe place to sleep for homeless people. In December, two homeless people showing signs of hypothermia were admitted to Marin General Hospital. A social worker at the hospital contacted a number of people who had been working to provide assistance for the homeless. Now it was an emergency.

Members of the relatively new group, the MOC, created a coalition of congregations and support agencies and individuals. The county responded with funds to help pay for the Armory warming shelter program, and with the National Guard participation, the warming shelter opened its doors. Former Supervisor Susan Adams spent the night welcoming homeless residents to the opening of the shelter. She went on to champion the cause of the homeless for the remainder of her tenure on the board.

Although the Armory program was a success in that it provided shelter during a particularly cold period, the rules of the Armory prohibited anyone who exhibited mental health issues or inebriation. And it was temporary.

The MOC, which formed in 2008 in Marin, had focused on homelessness as one of the issues it would tackle in its community organizing work. The temporary shelter program, dubbed REST for Rotating Emergency Shelter Team, has run every year since the MOC coalition created it after the Armory Winter. REST evolved into a program that operates from Nov. 15 to April 15. The program, which the St. Vincent de Paul Society of Marin runs, provides shelter for 40 men and 20 women each night.

Clients gather at the St. Vincent dining hall in downtown San Rafael and ride shuttles to churches and synagogues that offer a night of warm and safe rest. A key to the MOC’s way of working includes promoting interaction between the homeless and members of the wider community. Last year, more than 2,000 congregants volunteered to prepare meals, meet the homeless and provide support. The program sheltered a total of 325 people.

“A lot of people have volunteered in the REST program and now understand homelessness and housing issues a whole lot better,” Pat Langley says. She’s working on the MOC’s plan to open the summer shelter pilot program. “When they meet someone who is holding two and three jobs and cannot afford a place to stay, that resonates.” That kind of interaction always has been central to the MOC’s strategy.

Although the MOC tried unsuccessfully to transform the REST program into a permanent shelter, it would be a mistake to call the organization’s efforts a failure. The MOC’s philosophy and strategy rest on a continuum of community action and forward action, regardless of setbacks.

As the winter REST program continues to operate, no significant problems have occurred. An original impetus behind the MOC’s push to provide shelter after the Armory program was the possibility of reaching part of the homeless population that faced mental health issues, including inebriation. If the individuals could control their problems for the night, they should be able to gain shelter admittance. “We started with an initial vision that we need more shelter beds with a lower barrier,” says Meredith Parnell, a member of the MOC and a spokeswoman for Congregation Rodef Sholom.

The MOC reached out to cities and towns in the county to determine whether support, philosophical and financial, existed to create a permanent shelter. After the outreach effort, just Fairfax had stepped up with a commitment. The town pledged $16,392 for a permanent shelter. The MOC had tried to apportion contributions among cities and towns based on population and need. The towns and cities would provide 20 percent of an estimated $1.25 million for the project. The Marin Community Foundation and the county, it was hoped, would provide about $750,000. The rest would come from congregations.

The Fairfax pledge, however, came with a couple of conditions: Other cities and towns would have to step up also, and the effort would have to result in a permanent shelter open all year. It didn’t happen.

The MOC reassessed the situation. The organization looked at other shelter programs, like the Committee on the Shelterless (COTS) program in Petaluma that provides a range of services, with an eye toward the possibility of opening a permanent site. “Then we looked at what is economically feasible and politically viable,” Parnell says. “REST as a brand has been highly successful and has a lot of volunteer support, even from people who don’t think of themselves as politically active—and from people who used to be afraid of the homeless and now see the nuances and the need.”

Recognizing the difficulties inherent in finding a permanent site for a shelter that also could provide wrap-around services, the MOC went out looking. “We got a lot of support from the county,” Parnell says. “We looked hard.” But the organization found no acceptable site. “No one can magically make a place physically appropriate or politically viable enough for a fight we could take on and win.”

That understanding acknowledges a simple fact: Finding and securing a permanent site will require support “and the blessing of the most powerful people in the county,” Parnell says.

Gaining that support isn’t out of the question, considering the history of the homeless issue in the county. Before the Armory Winter, homelessness wasn’t on the minds of most Marin residents. But in the words of the MOC’s community organizing parlance, “the conversation has changed.” The success of the REST program has contributed to a changing attitude, say Parnell and Langley.

Even though the MOC failed at its first attempt to elicit support from cities and counties for a permanent shelter, the effort hasn’t been a real failure, Parnell stresses. “Cities and towns are starting to get that they have a vested interest in something bigger” than the current REST program, Parnell says. That’s a big step from a time when cities and towns in Marin chose to ignore the homeless and preferred that the county or the Marin Community Foundation or San Rafael and Novato deal with providing support.

The MOC in Marin has its roots in the Industrial Areas Foundation. Saul Alinsky, who started organizing in Chicago in the 1930s, founded the Industrial Areas Foundation with a goal of teaching people who felt marginalized that they could tap self-interest among disparate groups to create a political force and move toward a mutual goal. Using shared experience or sharing disparate experiences was—and is—a key to the community organizing principal.

In returning to the cities and towns with a new proposal for a shelter program, the MOC may ask them for funds to supplement an expanded REST shelter on, as Parnell says, “either side” of the winter program. The summer REST pilot project could provide practical information about perceived need, whether homeless residents will use services and whether it may make better sense to have a permanent rotating shelter rather than a permanent fixed site, which would be harder to find and secure.

A permanent rotating shelter, or at least one that’s open in the months before and after the winter shelter, would be “a step in the right direction,” Parnell says. That attitude encapsulates a community organizing strategy of embracing incremental change (if necessary) as long as it leads to an ultimate goal.

Langley says that the summer shelter pilot program is set for eight weeks, from June to August. St. Vincent will operate it the same way it operates the winter REST program. First Presbyterian Church will host the program, which will provide shelter for the women in the gym of St. Anselm School in San Anselmo. The men will stay on the county’s health and wellness campus in San Rafael.

“It will look essentially the same as the winter REST program,” Langley says. “Congregations and nonprofits will come in and provide dinner. That’s a key aspect.” The town of San Anselmo “has been extremely cooperative,” she adds. Langley has special praise for the acceptance of the Central Marin Police Authority and its chief, Todd Cusimano.

Last year, the REST program succeeded in moving about 20 people from chronic homelessness to housing. Langley notes that the county also has had an ultimate goal of moving people from homelessness to housing by providing permanent support through ongoing programs beyond a bed for the night. “We have been saying, ‘OK. Let’s make that a reality sooner rather than later.’ REST is a start.”

When people go to the St. Vincent dining hall to seek shelter in the REST program, they sign up for a spot for the night. In doing so, they can learn about the services available in the county and get referrals. It’s kind of a nascent wrap-around service strategy.

“The simple act of having the REST program is like a first step in the door,” Langley says. “What we need, what we want, is a bigger first step.” Y

Next ArticleVideo: At your service