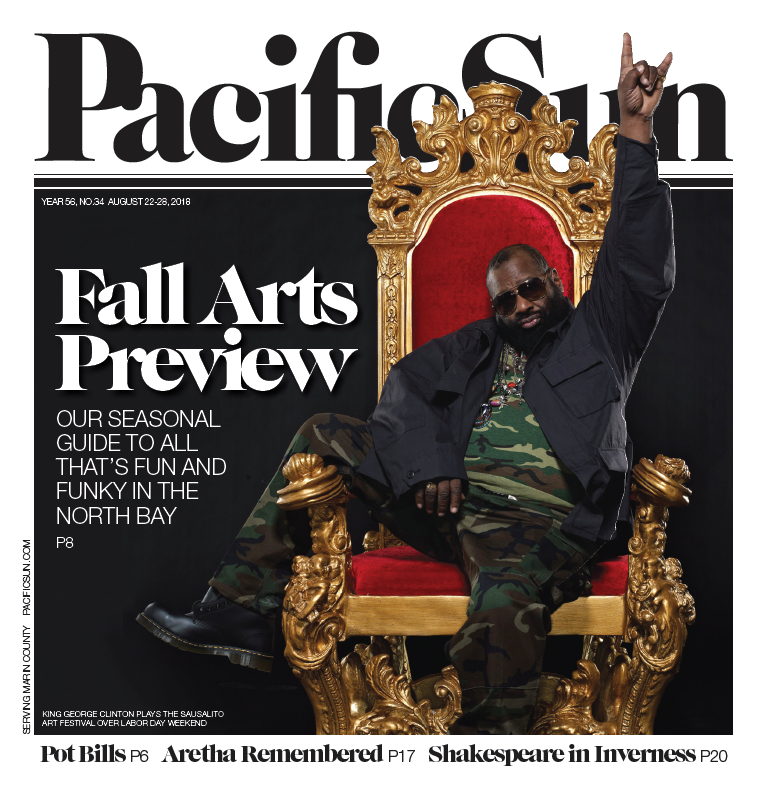 This week it’s our annual and epic Fall Arts Preview, penned by stalwart Arts Editor Charlie Swanson. There’s so many fun and funky events this fall—we don’t even know where to begin! George Clinton graces our cover, so let’s start there: He’s bringing the Parliament-Funkadelic to the Sausalito Art Festival over Labor Day Weekend, that’s so hot! Dig in, there’s something for everyone. Elsewhere in the pages of the nation’s oldest continuously published alt-weekly—that would be us—actor-writer Howard Dillon previews an upcoming offering of the Taming of the Shrew in Inverness and finds it to be quite lovely. Harry Duke’s on the case of a new play about John Brown, American hero. Tom Gogola interviews author Meredith Ochs about Aretha Franklin, the late Queen of Soul who is profiled in her upcoming book about the fiercest female musicians ever. Tanya Henry tames some sandos oozing with love and localism out in Inverness, and Heroes and Zeroes has a couple of items highlighting local heroes of Law Enforcement. Plus a big ol’ update on various pot-related bills under consideration this term in Sacramento. —Tom Gogola