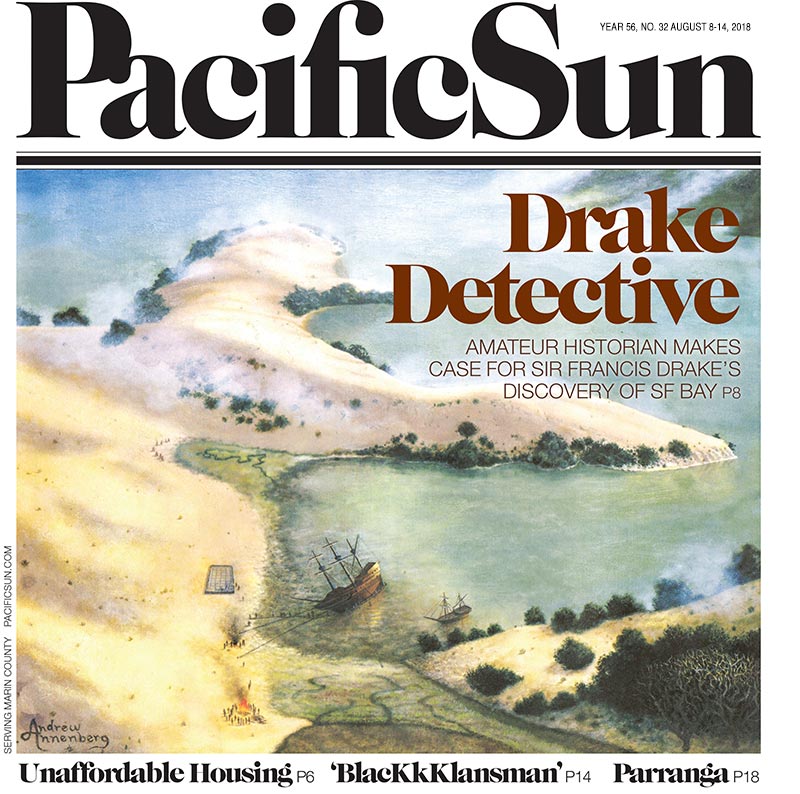 By Tom Gogola
Aug 8, 2018
In our issue this week, Pac Sun Editor Stett Holbrook opens a cold-case mystery that surrounds the comings and goings of Sir Francis Drake in the Bay Area. He talks to a Mill Valley historian who blows a massive cannon-ball hole in the accepted wisdom that Drake fetched up in Drake’s Estero. Indeed, the legendary English pirate may have discovered San Francisco Bay.  It’s a story replete with piratical intimations of  rum, sodomy, and the lash. In the Upfront section, News Editor Tom Gogola reports on an eye-opening study from the Federal Reserve which shoots down another regional myth: That if you build a lot of housing, you’ll solve the affordable housing crisis by driving down rents in the process. Not so, says the Fed. In the arts pages, Harry Duke directs theatergoers to Jack London State Park for this year’s Transcendence Theatre Broadway blowout.  Charlie Swanson gets with the regional powerhouse funk band formerly known as Frobeck, now the Big Fit. Don’t have one, they still rock the funk out. In the Drinking and Smoking sections, we’re quaffing hard-cider made from Gravenstein apples and we’re sitting in on a heady pot symposium tied to wine-and-weed opportunities. Onward into the breach, mateys! —Tom Gogola, News Editor
Facebook
Twitter