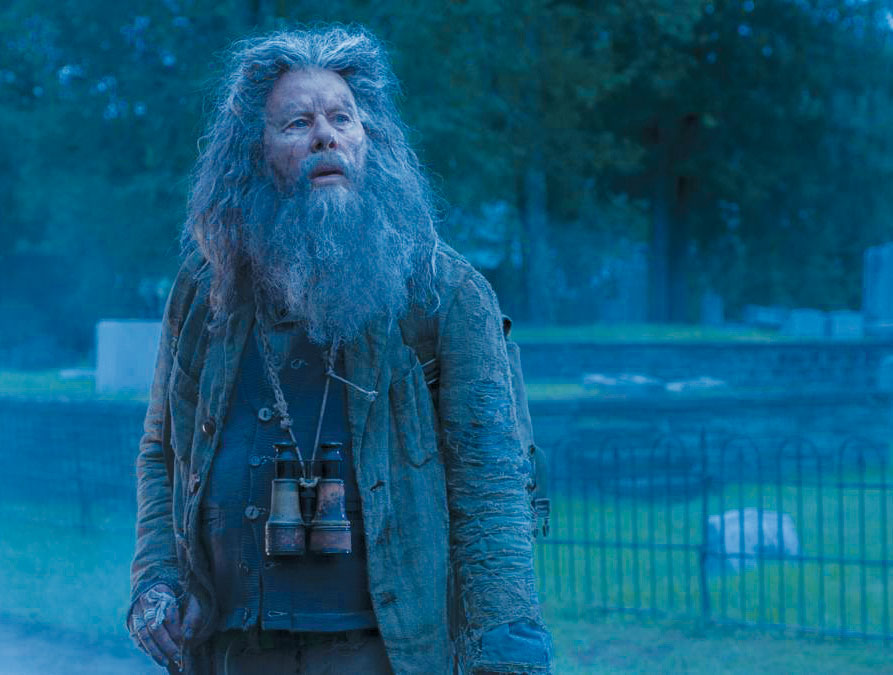 Like the zombies it depicts, Jim Jarmusch’s The Dead Don’t Die is dead on its feet and ambles toward no clear destination. The existential nonchalance of Jarmusch’s many films (Down By Law, Only Lovers Left Alive, Patterson) harmonizes well with love stories of bemused, alienated characters. But, it doesn’t quite work with horror-show material, which seems to interest him in only a phantom limb sort of way, as in the tingle of remembering the thrill of late night movies decades ago.

“Centerville, Population 738: A real nice place”, reads the welcome sign. Fans of Zappa’s 200 Motels—this one’s for you. When Chief Cliff Robertson (Bill Murray) and officer Ronnie (Adam Driver) investigate a chicken theft, the mild-mannered pair are easily run off by the accused thief, Hermit Bob (Tom Waits), who’s living in the bushes. As they head back to the cop shop, the policemen worry about the unnatural amount of daylight and televised reports that polar fracking may knock the globe off its magnetic axis. “This isn’t going to end well,” says Ronnie.

Other signs and wonders mirror troubling disturbances in the small town, untilChief Robertson stumbles into a hole in the cemetery and discovers the dead gophering their way out of their graves.

For unknown reasons, the ensuing zombie attacks make the two cops more laconic than they already are. Officer Mindy (Chloe Sevigny), the other member of the three-cop police force, is the only one who actually expresses emotions, and she alone faces the hordes of walking dead with some degree of hysteria.

By the time the fourth wall is broken—a tacit admission that the film isn’t working—The Dead Don’t Die has regressed from puzzling, to just plain dull. Though zombies have served as a parody of hypnotized consumers for 40 years now—ever since the first Dawn of the Dead—Jarmusch can’t find new flavor in this long-standing cliche.. While the film makes some passing jokes about Trumpism, The Dead Don’t Die avoidsparodying good old American xenophobia.

The tone is like a New Yorker cartoon mocking a particularly bloody Goya painting; it’s too cozy to be grisly. Jarmusch tries his usual method of directing warm, humane actors as they negotiate a zone of vagueness and disconnectedness. It doesn’t work here, even with celebrity zombies including Selena Gomez, Carol Kane and Iggy Pop. From foreshadowing to end-game turkey shoot, it’s an exhausting movie.

‘The Dead Don’t Die” is playing in limited release.