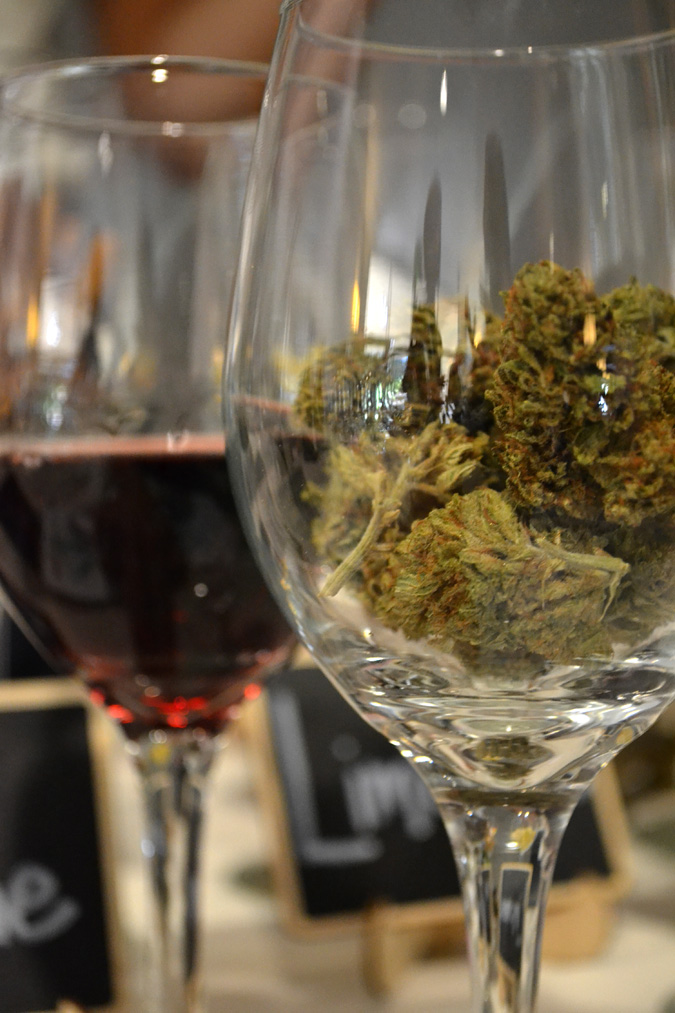 Keynote speaker Dr. Bill Silver kicked off the second annual North Coast Wine & Weed Symposium by conjuring a vision of long ago: picture a group of teens hiding out in a basement in New England on a snowy day in the 1980s, sipping some rotgut called Wild Irish Rose with cream soda, and furtively blowing clouds of Acapulco Gold out the window (sub in Bartles & Jaymes wine coolers and Thai, and it sounds like a foggy evening in the North Bay long ago).

It wouldn’t have occurred to one of those teens, Silver tells the crowd, that one day he would smoothly, and quite legally, shift jobs almost overnight from the wine business to the weed business. “There are no words to describe what is happening right now.”

Having Silva headline the event, which was held Thursday, Aug. 2 at the Hyatt Regency in Santa Rosa, was a coup for its, sponsor Wine Industry Network, which operates a news service, trade events and other wine business resources. Formerly the dean of the School of Business and Economics at Sonoma State University, where he helped grow the school’s wine business program, Silva took a gig as CEO of CannaCraft, the Santa Rosa cannabis extract business, in January, so he, along with the roster of highly accomplished lawyers, investors and entrepreneurs presenting at seminars throughout the day, was well placed to answer the question…um, what was the question, again?

The obvious question has an easy answer, as it turns out. Will there be weed in my wine? No, not at this time. Wineries, which are strictly federally regulated, will not touch the stuff. They may, however, co-brand with cannabis companies to offer products to their wine club lists, which panelists in the seminar, “Cannabis opportunities for the wine industry,” suggested was a tantalizing prospect for marketing professionals in the wine business. They’ve got wineries lined up in the pipeline, several say. But here’s the thing: they’re all waiting for the other guy to go first.

Other presenters, like Brian Applegarth, founder of Emerald County Tours, enthused about the tourism potential of the historical growing regions where many strains of cannabis came together at the end of the “hippie trail,” and other wine-like weed events like food pairings—and did you know that weed can enhance appetite?

Several lobby exhibitors, such as the new Solful dispensary of Sebastopol, made a good case for weed aroma appreciation. It’s a bit of a head trip, if you will, to see wine glasses full of gnarly buds in a corporate hotel lobby, but that much is legal, after all, in 2018—just no samples with active ingredients could be offered. As it seems that no one has thought of adding to the romance of Chardonnay by offering it in a transdermal patch, liquid refreshments from several wineries were poured, but on the whole, representatives from wine were conspicuously absent from the lobby.

It will be a while before you hear someone cry out, “Sommelier, there’s weed in my wine!”

Previous ArticleUpfront: If You Build It?