.Upfront: If You Build It? 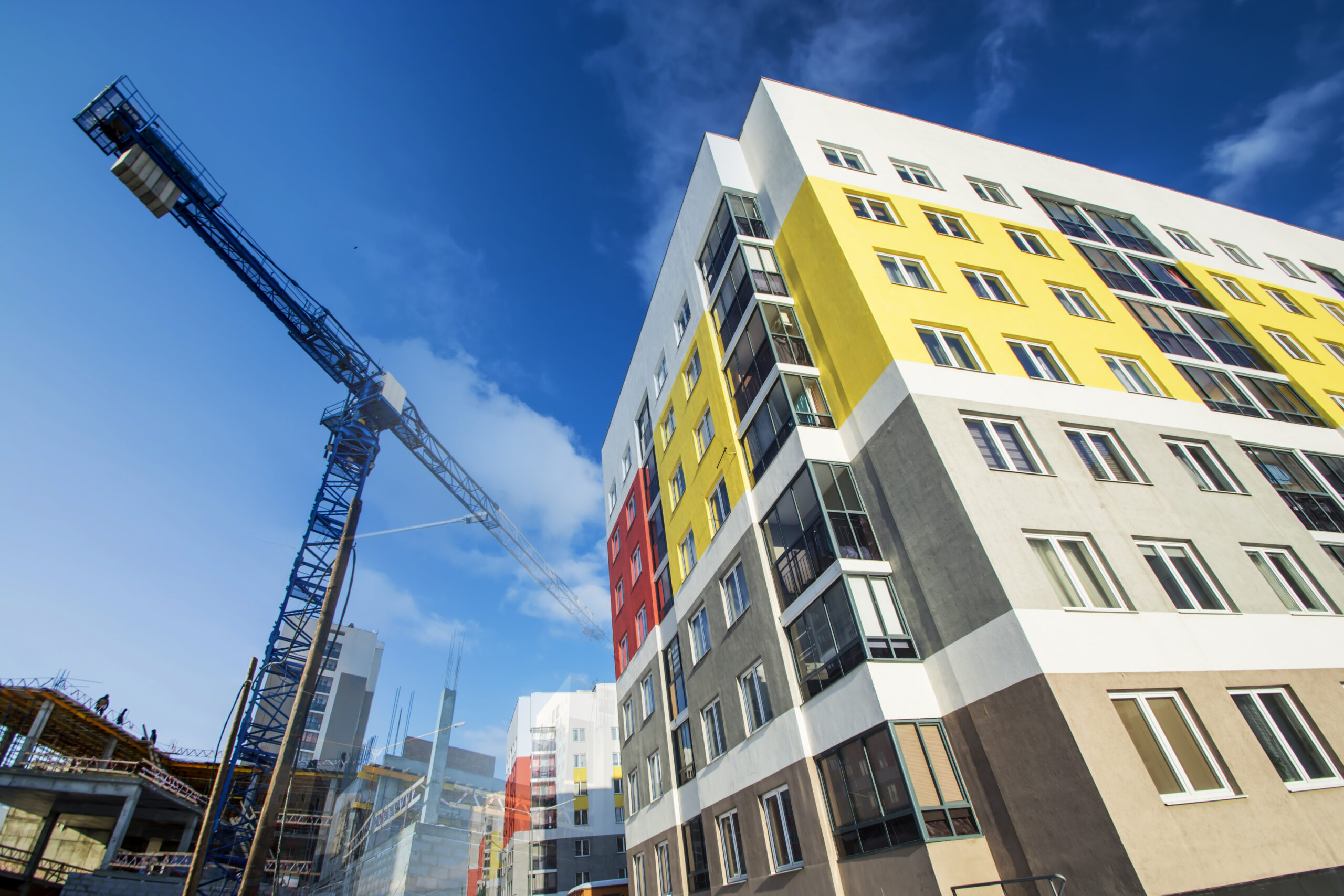 An eye-opening report on Forbes.com over the weekend was making the social-media rounds among regional politicos and housing advocates as it offered a sobering reality when it comes to housing: just because you build a lot of it, doesn’t mean the housing situation overall becomes more affordable to those of lesser means.

The financial fanzine popular among the 1 percent crowd based its story on an April report from the Federal Reserve that dove into various housing statistics in a few big metro areas around the country—San Francisco included—and concluded that variations in rent in a given area are driven more by the availability of local amenities than they are by the numbers of housing units built.

Bottom line, write co-authors Elliot Anenberg and Edward Kung, is that even as affordable-housing advocates push for mixed-income developments amidst a backdrop of environmental red-tape and local NIMBYism, there might be a better way: “Even if a city were able to ease some supply constraints to achieve a marginal increase in housing stock, the city will not experience a meaningful lessening in rental burdens.”

The study’s authors instead suggest that policymakers considering deploying resources to improve amenities in lower-priced areas instead of pushing to build-out affordable housing in wealthy neighborhoods.

If true, the implications of the Federal Reserve report are stark for regions such as the North Bay that have put their stock into a state-mandated “housing element” that’s heavy on the idea of mixed-income developments—to keep the local workforce local, the carbon-spewing cars off the road and the housing fair and just for all. The picture is complicated, mightily, by an expanding short-term vacation-rental market now afoot in a region that’s watched, for example, an entire middle-class neighborhood (Coffey Park) go up in flames in the past year.

I sent the Forbes report to Caroline Peattie, executive director of Fair Housing Advocates of Northern California, to gauge her response. Peattie couldn’t offer a view on whether she thought the Fed findings were true or not, but “on the other hand, in some ways the conclusion seems to validate the concept behind why it’s important to affirmatively further fair housing — and all the things that go into achieving greater equity to all the opportunities related to where one lives. Something that the study labels ‘amenities’ may be more indicative of access to opportunity than the term would indicate. I’m most interested in looking at these issues through a fair housing lens, and since one’s zip code determines one’s access to transportation, jobs, education, health, environment, good food options—of course, the ‘high opportunity areas’ have these ‘amenities.’”

Bottom line for Peattie is that whatever the approach to building affordable housing—it needs to be “seen through the lens of equity.”

The Federal Reserve has given pause to electeds around the region as they try to negotiate a thorny and worsening affordable-housing crisis. As Santa Rosa affordable-housing advocate and city councilwoman Julie Combs noted on a weekend social-media post about the Forbes report: “All that supply and demand stuff you’ve heard? Not exactly true. We can’t solve our housing crisis by building market rate housing—we must strategically build affordable homes.”

Almost as if on cue, on Monday the Washington Post grabbed up the latest data from the real estate analysts at Zillow and offered an eye-opening report of its own which noted that while rents for high earners in some big American cities had gone down, on average, in 2017 the rent for low-income folks had gone up. “It costs more to be poor,” says an unsurprised Peattie.

The cities cited by Zillow included San Francisco, which has seen a dramatic spike in new housing developments in the tech-boom era. Zillow’s data also fueled a Common Dreams online followup this week which noted that rents for low-income persons in San Francisco had spiked by some 50 percent since 2011, as rents for high-end earners dipped.

Zillow seems to bear out the Federal Reserve’s’ central finding—that there’s no “trickle down” argument that can be made when it comes to promoting the idea that a glut of high-end development will lead to the simultaneous development of affordable housing. Instead, in the Bay Area, an explosion in high-end development has led to a housing crisis whose contours increasingly sync with an ever-expanding gap between rich and poor in this country.

The Forbes report dovetails with another housing-related development in Marin County last week, which aims to ease the strain on public services in West Marin and provide additional revenue to develop affordable housing in the region. Call it Rodoni’s Tot Test.

The 10 percent rate is the countywide TOT, and would remain unaffected in areas outside of West Marin towns from Stinson to Dillon Beach. The proposed tax hike would be paid by visitors to West Marin. It has been vociferously opposed by many (but not all) local hoteliers as being bad for business.

The tax would also apply to West Marin residents who currently participate in the short-term rental economy—many of whom, according to West Marin housing activists I’ve spoken with who keep tabs on such things, haven’t signed on with the county and haven’t been collecting any TOT tax, let alone any at a 14 percent clip.

A 14 percent rate would put West Marin in alignment with San Francisco, which currently slaps that rate on visitors to its hotels.

Private campgrounds in Marin County, such as Lawson’s Landing and the Olema Campground, would kick in a 4 percent TOT tax to pay their share. Half the expected additional revenue—estimated at $1.3 million annually by county bean counters—would go to ramp up fire and public-safety services in West Marin.

The other half would be dedicated to support long-term community housing in the region. One project on the boards could be the at-long-last realized vision of converting the old Coast Guard Station in Point Reyes into 30 units of affordable housing. (The county, says Rodoni and housing activists, still has a ways to go before realizing this vision.)

The Rodoni TOT ordinance was actually cooked up by the Stinson Beach Affordable Housing Committee, which notes in an explainer that the countywide tax hike shouldn’t concern county residents, since it’s targeted at visitors to the region, “reducing the likelihood of voter objections to an increase.” The TOT ordinance requires a two-thirds majority in favor in order to pass.

The Stinson committee (which includes local hoteliers who support the TOT, though they are in the minority in West Marin) notes that the proposed ordinance “provides a certain political and economy symmetry, in that overnight visitors would support housing for the long-term residents who provide many of the services associated with their visits, residents whose housing shortage is caused by the conversion of rentals from long-term to short-term. It thus goes some way to provide common ground to short-term rental owners and affordable-housing advocates—groups that are often at odds over rental regulations and housing priorities.”

Rodoni has another housing-related proposal on the docket, but he’s not yet made it official. During a standing-room-only meeting of the Bolinas Community Land Trust two weekends ago, the first-term supervisor launched a trial balloon at the crowd. He’s contemplating a pilot program in Bolinas, he says, which would require that any short-term landlord, or their designated agent, be on premises during a rental party’s stay. The idea being: Ever checked into a hotel without their some sort of front-desk person?

Local supporters of the Bolinas pilot plan report that the benefits are potentially twofold. One, an absentee owner of a vacation home might be impelled to rent it, affordably, to a local, who could serve as as caretaker of the home and who is otherwise living in their sloppy jalopy on Wharf Street. Two, the owner would be on hand to deal with any noise issues that may arise when large groups of party hounds emerge from the Tule fog and annoy the neighbors.

In a telling moment, when Rodoni launched his trial balloon at the recent BCLT meeting downtown, it felt as though nearly the entire crowd at the Bolinas Community Center would burst into song. Yet there were a few jeers, too.