.The needle and the damage done 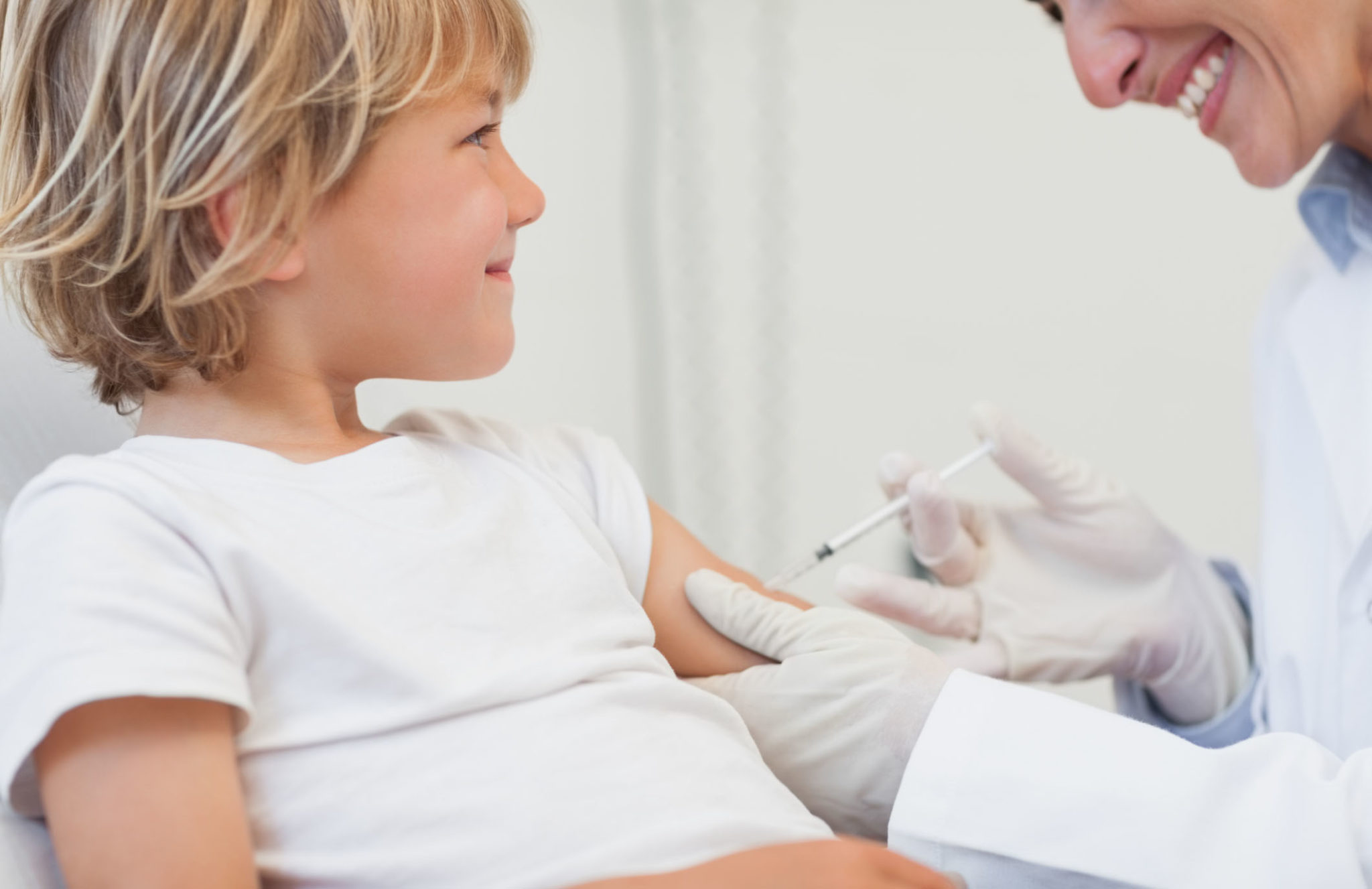 First, a confession: When my editor asked if I wanted to write a story about vaccines, my initial reaction was, “Um … not really.”

Sure—it’s an interesting topic, hot button as they come. And it’s guaranteed to generate feedback, which is what we writers are supposed to covet. But when I thought about diving into this particular debate, I felt like a kid in oversized swimming trunks teetering on the edge of the deep end, staring at the swirling water below.

Last month I wrote a column in this paper about vaccine opt-outs. According to the California Department of Public Health, some 8 percent of school-age children in Marin don’t have all, or any, of their shots. That’s almost four times the state average and more than any other Bay Area county. The column was succinct and, I thought, not terribly inflammatory. The feedback, though, came fast and furious. Vaccine skeptics (anti-vaxxers, to use the pejorative) penned angry letters; a local pediatrician weighed in with a point-by-point defense. And, naturally, my editor inquired about a follow-up. So here I am, taking the plunge.

Both of my sons got all their shots. I have no regrets. They’re healthy, happy and free of vaccine-preventable illnesses. I believe in the science of inoculation. I say all this up front because I don’t want to be accused of concealing my stance, which aligns with the American Medical Association, American Academy of Pediatrics, Centers for Disease Control (CDC) and a host of peer-reviewed studies that confirm the safety and efficacy of vaccines.
And yet I know people—educated, well-intentioned people—who swear vaccines are unnecessary or, worse, ineffective and harmful. They ignore the advice of doctors and shrug off warnings that eradicated diseases could come roaring back. They’re doing what’s best for their children, they insist, and the law is on their side.

They aren’t wrong—but does that make them right?

In 2013, there were 173 Marin-based cases of whooping cough, a highly contagious respiratory illness that kills nearly 300,000 people every year worldwide. That’s about 68 cases for every 100,000 Marinites, the second-highest rate in California. Health officials draw a straight line between that and the county’s high vaccine opt-out rate, which makes sense … if you believe the whooping cough vaccine protects against whooping cough.
Not everyone does. Dr. Donald Harte, a Corte Madera chiropractor and outspoken vaccine critic, doesn’t mince words: “It’s biological common sense—you don’t put poisons in a human being, and you certainly don’t put poisons in a child, to get them healthy,” he says. “And the fact is there are poisons, specific neurotoxins, in every vaccine.”

Those neurotoxins, he argues, are responsible for a range of childhood maladies, from autism to allergies to Type 1 diabetes. Like other vaccine opponents, Dr. Harte insists that diseases like polio and measles would have simply gone away on their own as part of a natural cycle. “Vaccine lovers,” as he calls them, confuse correlation with causation. They’ve swallowed the poison along with the lie. “I call it the PMG complex—the Pharmaceutical, Medical, Governmental complex. They’re all playing with each other to garner more money and more power, and to hell with peoples’ health.”
Dr. Harte stops short of implicating individual doctors (though he does call pediatrics “the most dangerous of all the medical specialties”). “I think your average pediatrician or your average medical doctor is a good guy or gal, out there trying to do good,” he says. “I’m not saying they have any evil intent. I’m saying scientifically, they’re wrong.”

Ultimately, he argues, it’s a question of freedom. “I believe in liberty. I think people should have a right to do what they want with their kids, to have a choice.”

On the other side, some pediatricians are making a choice—the choice not to treat unvaccinated kids. Tamalpais Pediatrics, which has offices in Greenbrae and Novato, requires all patients age 2 and up to get the MMR (Measles, Mumps, Rubella) vaccine. “We have a responsibility to protect the health of all of the children in our practice, and decrease the risk of vaccine-preventable diseases,” Dr. Nelson Branco wrote in a blog post last year, explaining the policy. “We … feel strongly that vaccines save lives and that this policy protects our patients and our community from a preventable disease and all of its repercussions.”

It’s not only doctors who are worried. “I think it’s a public health emergency,” says Jeff Gizmek of San Anselmo, a father of two (fully vaccinated) daughters. Gizmek says he and his wife “were a little hesitant” with their first child and staggered the shots. By the time kid number two came around they had “wised up,” and switched to a vaccine-mandatory pediatrician. “When you are in a waiting room with six coughing children, it’s a great comfort to know that at least they are all [vaccinated] for pertussis,” he says.

Gizmek blames Marin’s high opt-out rate on the alternative medicine “woo-woo factor” and wealthy people “who think they are smarter than their own doctor” and send their children to private schools stocked with unvaccinated kids.

Specifically he mentions Sausalito’s New Village School, where only 5 percent of incoming kindergartners were fully vaccinated last year. (Contrast that with Novato’s Hamilton Elementary and its 97 percent vaccination rate.) Asked to comment, New Village emailed that vaccine opt-outs are “not a school theme.”

The concept of vaccination—using a small dose of a pathogen to kickstart the immune system and bolster its defenses—has been around for a long time. Crude forms of the smallpox vaccine were used in 17th century China, and there are references to inoculation dating back as far as 1000 B.C. French microbiologist Louis Pasteur refined the practice in the latter half of the 1800s, and in the next century vaccines would beat back an array of public health scourges: measles, smallpox, polio.

But, like the killer in a bad slasher movie, there’s no guarantee they’ll stay gone. For a vaccine to be effective, most people—usually about 85 percent of the population—have to get their shots. Some people can’t be vaccinated, either because of age or immune deficiency. Add a growing number of opt-outs and, health officials warn, we could be flirting with disaster.

Under California law, parents can refuse vaccines for their children, and send them to school, simply by signing a “personal beliefs” exemption form. A new rule requires the signature of a doctor who has “provided information to the parent or guardian regarding the benefits and risks of immunization.”
There are risks. Most side effects are mild, according to the CDC, and subside quickly. Cold and flu-like symptoms are common, while rarer, more serious reactions have been reported, including inflammation of the digestive tract, bloody urine and stool and pneumonia. (CDC says it’s unclear whether these were caused by the vaccines or not.)

What about autism? Proponents of the vaccine-autism link usually point to a 1998 study by Dr. Andrew Wakefield. The study has since been retracted and was branded an “elaborate fraud” by the British Medical Journal in 2011. (At the time, Wakefield, who lost his license, told CNN he was the victim of a “ruthless, pragmatic attempt to crush any attempt to investigate valid vaccine safety concerns.”)

Dr. Harte says there’s a simple explanation for the lack of credible studies linking autism and other illnesses with vaccines: Nobody will fund them. “These studies take millions and millions of dollars and institutions,” he says. “And the institutions are invested in what’s going on.”
Steve Lamb, a San Anselmo resident who says he was injured by vaccines as a child, credits Dr. Wakefield—and others who speak out against vaccines—with “great courage and tenacity.” And, he adds, while Marin may be more supportive of vaccine opt-outs than other places, “it still requires a high degree of commitment to withstand the strong social pressures to follow the crowd.”

Near the end of my interview with Dr. Harte, I tell him that I’ve spoken to people, some very close to me, who believe in the efficacy of vaccines but worry that we’re going overboard, administering too many shots too fast. This seems to be the middle ground, I say, between the mainstream medical community and the anti-vaccine crowd.

And, I wonder, are people like Dr. Harte—with claims of a poisoned generation and vast public health coverup—preventing a less sensational, perhaps important conversation from taking place?

“Do I prevent that conversation?” Dr. Harte asks. “No. And anybody that would think that, what they’re trying to do is shut me up, while the people on the other end saying that it’s absolutely essential and we need vaccines for every single thing in the book and other things we can’t even think of, they’re OK to talk.”

Ultimately, of course, Dr. Harte, Steve Lamb and the 8 percent of Marin parents who opt-out have every right to talk. And to not vaccinate. The question is, should they? Should they be allowed to endanger public safety, as most doctors and public health officials say they are, even if they claim to be doing just the opposite?

This is the place where personal freedom and the greater good—not to mention conflicting versions of reality—collide. Where the debate, inevitably, gets messy. Where I didn’t really want to write this story, but I’m mostly glad I did.

Vaccines By The Numbers

Take a cheap shot at Jacob at [email protected]