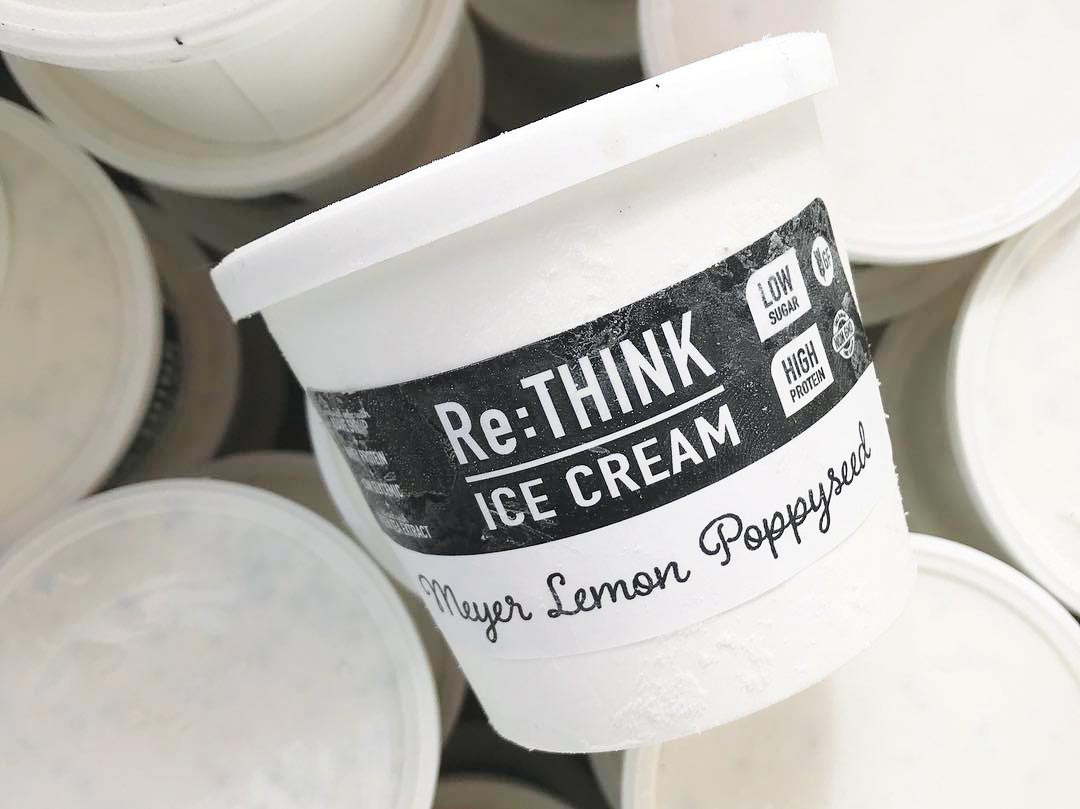 It’s difficult to find anyone who doesn’t like ice cream. Between chefs introducing unlikely flavors such as olive oil and sea salt and black sesame seed, to the overflowing freezer shelves in our supermarkets, it’s clear we’re a nation obsessed with the creamy, luscious dessert. But ice cream also contains a lot of sugar, and George Haymaker decided to create a healthier option.

Haymaker spent much of his career working in the hospitality industry. A food and beverage director for a large hotel chain and an operating partner for an upscale burger concept The Counter, he also struggled with alcoholism and drug addiction—a common occupational hazard in his line of work.

“When I went into recovery, after my battle with drug and alcohol abuse, my body screamed out for the sugar that was suddenly gone from the absence of alcohol,” explained Haymaker.

In an effort to decrease his sugar intake without giving up something he loved, Haymaker experimented with a basic ice cream recipe. He worked with a food scientist who helped him perfect the flavor and texture he wanted and eventually began selling his ice cream at local farmers markets in and around Napa, where he lives. Before long he had eight flavors, and in one short year his healthier indulgence (it’s low-glycemic certified) was in 200 stores in the Bay Area.

I first tasted ReTHINK Ice Cream for a Healthy Lifestyle at a tradeshow, where I discovered and sampled the flavors Vanilla Supreme, Lemon Poppyseed and Turmeric Ginger. Along with well-balanced flavors—I was most impressed by the creamy texture—the mouthfeel was just right. And, I didn’t miss the sugar. The flavors were bright, and instead of the sometimes-cloying ice cream experience, this version allowed the flavors to shine without the heavy sweetness. Instead of sugar, agave syrup is used as a sweetener, and whey protein and green tea extracts are also in the mix to improve the nutritional value of ReTHINK Ice Cream.

It’s fitting that National Ice Cream Day is celebrated this month and is likely one of the reasons we, as a nation, consume almost 50 pints of the good stuff, per person, annually. It’s also the day ReTHINK was launched one year ago, and now the Napa-based ice cream maker is taking advantage of the anniversary to introduce its newest flavor Black Cherry Vanilla.

Next ArticleThe Defiant Ones