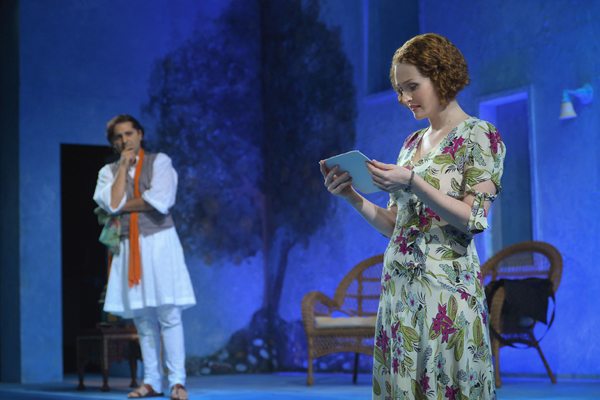 Theater: More than a one-night stand

In the Bay Area, standing ovations are definitely “in.” After many years of frequenting opening nights at local theaters, I’ve observed the growing tendency of local audiences to leap to their feet to register appreciation, even when the show is of average quality (or in some cases even less). And yet, as occasionally happens, if circumstances compel me to attend on a later date, such demonstrations of unearned enthusiasm are comparatively rare.

So, what’s going on? The quality is presumably the same—or close to it—but the response is quite different. The answer may be that opening nights bring out the friends, relatives, board members, patrons and other supporters who are anxious to give the production a sendoff that will raise performers’ morale and impress the critics. In a small community like ours, it can easily become a tradition. Also, many first-nighters are non-paying guests of management; standing, whistling and cheering gives them a chance to repay their hosts. Ticket-buyers at subsequent performances are more circumspect. Not having a personal attachment, they have to be convinced that the experience was worth the not inconsequential price of admission.

There probably are other reasons. I mention the ovation phenomenon because it explains why I distrust opening night celebrations and why the spontaneous burst of genuine enthusiasm that followed A.C.T.’s performance of Tom Stoppard’s Indian Ink, when I attended two days after its run began, made such a vivid impression.

What has been described as a “romantic fantasy” about the final days of the British Raj in India debuted in Guildford, England, in 1995, had its American premiere at A.C.T. in 1999 under the direction of Carey Perloff, and finally made it to New York (off-Broadway, again under Perloff) last fall. Now, A.C.T.’s artistic director—a close friend and booster of the author’s work—has brought it back to the Geary Street theater with a brilliant new cast and an impeccable production.

Always one to move back and forth in time and space, Stoppard tells two stories—one inside the other. The first is really only a framing device. It’s 1987 and the Tories are in power. A fussy American literary historian named Eldon Pike (A.C.T. regular Anthony Fusco) pays a visit to the suburban London home of Eleanor Swan (Roberta Maxwell). His mission: Having had little success with his publication of the collected poems of Swan’s sister, Flora Crewe, and aware that the latter was reputed to have been one of the least inhibited (especially on sexual matters) of the famous Bloomsbury Group, he now hopes to spice up a proposed biography with material from letters that describe her exploits while living in India for most of 1930.

While that narrative thread continues throughout the play, Stoppard’s primary focus is on Flora, the fictional, free-spirited poetess brought to vibrant life by Brenda Meaney. From the time she arrives at the railway station in the provincial capital of Jummapur, whose versatile Indian design is beautifully captured by Neil Patel’s set, Flora is a force to be reckoned with. She explores the culture, Hinduism, art and customs. Most of all, she explores the men she meets—Indian and British—in a series of sexual dalliances that don’t add up to much. In fact, her most profound and illuminating relationship is with the painter Anish Das (a masterful performance from Pej Vahdat), who maintains a discrete distance as he guides her through the labyrinth of Indian life during their portrait session. These scenes, filled with unspoken and unfulfilled erotic tension, are the true romantic heart of Stoppard’s play.

Indian Ink is not a particularly popular part of the Stoppard canon. It has been criticized for its length (almost three hours), too many issues, confusing time shifts, an overly gentle treatment of colonial racism and the indigenous caste structure. To some degree these complaints have merit. And yet, the spectators (I among them) who rose without urging at play’s end knew we had just witnessed something rare in the theater—a union of an ambitious script and performances of the highest order. That’s what standing ovations are for.

Charles can be reached at [email protected]