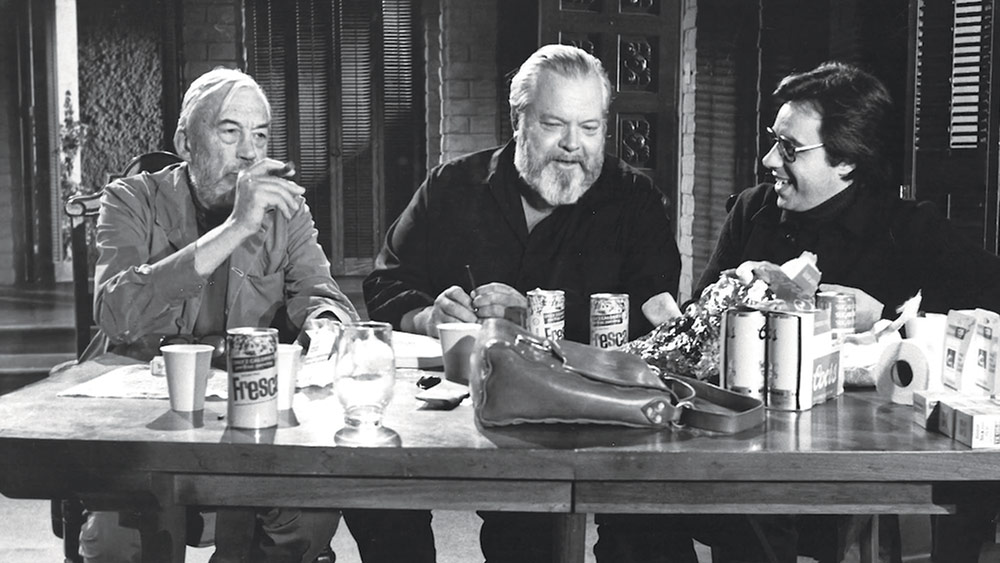 Orson Welles’ Other Side of the Wind is likely the most famous unfinished film ever, blighted with feuding producers and heirs, and shoots that continued over the course of some seven years. After paying off the participants (including the Shah of Iran’s brother) and satisfying all the parties who had a piece of it, and with money raised from everyone from producer Frank Marshall to a $1 million crowdfunding campaign, The Other Side of the Wind is now available from Netflix, in what the streaming service deems “an attempt to honor and complete [Welles’] vision.”

Hannaford was making a film within a film, which the studio was ready to pull the plug on. When we visit the set, with its bevy of topless hippie chicks, the shoot looks like crassness itself. But in the screenings, velvety images form, suffused with L.A. beachfront smog. Welles’ mistress (and co-writer), the dark, impassive Oja Kodar, reflects zero emotion as she strides around nude in this blue gloaming.

Welles’ terminal vision of the studio era was contemporary with titles like The Last Picture Show and The Last Movie, whose directors, Peter Bogdanovich and Dennis Hopper, show up here for Hannaford’s last party.

The twilight of the Hollywood gods is embodied by Kodar, solitary, striped with shadows from the laths of ruined, wobbling backlot movie sets. In this evocative satirical drama, Welles demonstrates a last magic act. He was still ahead of his time even at the end of his career.

‘The Other Side of the Wind’ is now streaming on Netflix.