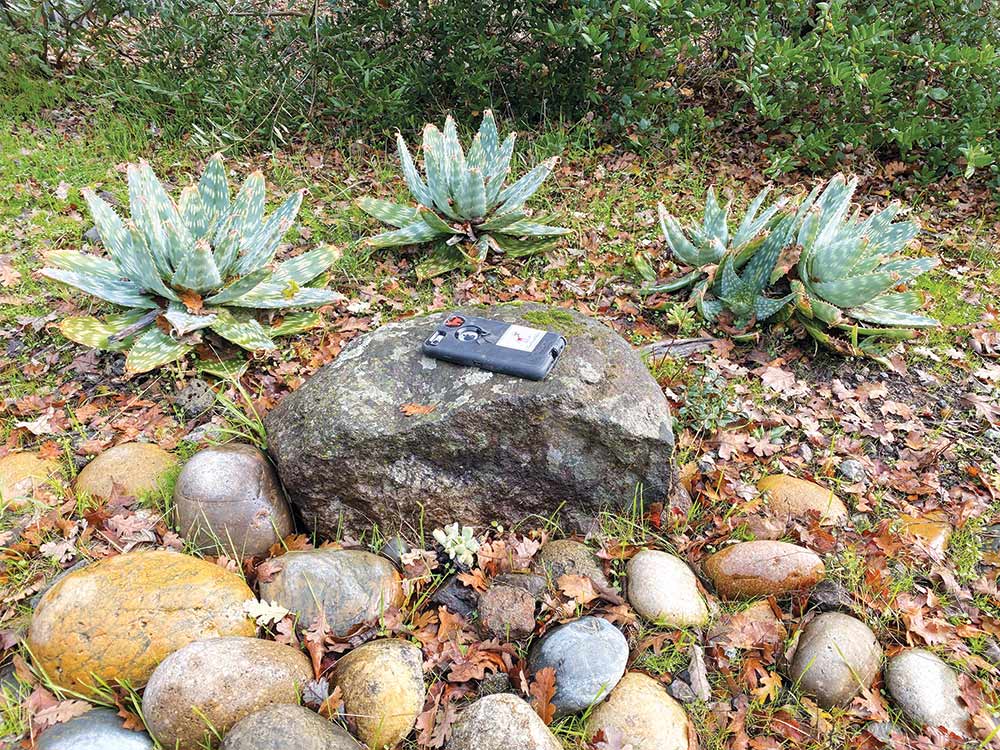 How I survived 24 hours without the digital world

What a long year—nay, decade—it’s been. Technology has grown on me. So has toenail fungus. I generally like technology, but these little gadgets called cell phones have taken over my life. So has the internet. The digital world crept into my center of attention a second at a time until now it occupies all my spare time. But I’m not alone. I look around and it appears as if humanity itself has become a hive of electronically addicted automatons. Maybe what we all need is a purge of not just cell phones, but of all things streaming and all things internet. Maybe it would do us all some good.

You don’t have time, you say? Well, if you’re reading this article in print, congratulations, you’ve taken a step in the right direction. In fact, continue reading—perhaps you’ll gain inspiration from the 24-hour digital diet I did a couple months back. What better time to read it than now, just in time to launch the new decade? Let’s get back in touch with the real world, I say—we still have time to make the New Roaring Twenties the best decade yet.

The rules: My digital diet will last 24 hours, during which time I will forgo all cell phone, laptop, internet, debit/credit card and electronic key-fob usage. I will, however, use analog technology as usual, including clocks, my truck and a pay phone—if I happen to come across one that works.

The first cell phone I ever owned was an iPhone 4, which I purchased in 2011. I waited that long to jump on the cell phone bandwagon because I’m prone towards addictive behaviors. I saw everyone else buried in their phones and knew owning one would spell trouble for me.

I waited to buy a cell phone until they were so electronically advanced that I could justify the pros as outweighing the cons.

I was not let down. Apps were something I had never imagined, so my iPhone 4 not only took photos and functioned as a flashlight, it also provided me with a bad-ass, first-person zombie game, GPS, access to my bank accounts and more. Much more. It was magic.

But magic has a dark side, and now, eight years later, I’m thoroughly addicted to my iPhone 6 Plus.

The need to use my phone never ends. I need to take a break and figure out how to address the issue. I’ve lost touch with the natural world, which was once near and dear to me.

6pm My digital diet begins now. My laptop and cell phone are both turned off and hidden under pillows until 6pm tomorrow. I have $80-plus in my wallet—enough cash to tide me over for 24 hours. I’m meeting friends at the Petaluma Pumpkin Patch this evening and memorized the directions before I shut down my phone. And I’m meeting a friend tomorrow and confirmed our plans earlier today. Why? Cuz, no texting.

6:30pm I keep feeling like I’m missing my wallet or something. I arrive in Petaluma early. Now I’m in line at El Roy’s taco truck, killing time. I have a painful, almost overwhelming urge to return to my truck to look at the clock. It’s like I need to look at some electronic screen. Then, suddenly, I want to watch the next episode of Euphoria, my current favorite TV show. But I can’t. I’m used to being able to do anything I want instantly on my electronic devices. Watching my mind work this way on autopilot alarms me.

7pm I arrive at the Petaluma Pumpkin Patch. It’s dark and hundreds of cars are parked. I’m not expecting this.

I literally thought there’d be five people and a 50-square-foot maze here. Mild panic sets in. How will I find my friends without texting them? OK, I remember to check in with my intuition, which tells me it will all work out.

I’m prone to worry and my intuition calms me. It’s almost always correct. I’m early and go wait in the long ticket line. My friends filter in over the next 20 minutes.

Turns out the corn maze at night is the best thing I could do to begin a digital detox. It’s so disorienting that for 90 minutes I’m consumed by the experience and have no sense of time passing. And it’s fun! As we weave down the paths, I’m glad I don’t have my phone/flashlight/compass/GPS with me.

10pm I get home from the corn maze and sit on my couch to write this by hand, and every few seconds I’m gripped by the urge to check my phone—for texts, for Slack messages, for Facebook updates, for phone calls. The urge remains strong. I really want to go online.

I thought this diary would be funny and fun, but so far it’s neither. I literally have nothing to do. I’m sitting here on the couch. I can’t stream a movie. I can’t watch Euphoria. I’ll go to sleep early. Every minute or two I want to text someone. The urge arises unbidden. This is so boring.

How many more hours do I have to endure this experiment? I don’t know. I don’t know what time it is.

8:50am Just woke up after a deep sleep. This is a good thing—over-usage of electronic devices exhausts my mind and causes me to sleep fitfully. Being offline for hours yesterday and last night allowed my mind to relax.

Question: Have I forgotten how to live? In addition to feeling withdrawal symptoms, I feel a richness to my experience that is usually missing. It is the exact same richness I’ve felt the times I quit smoking cigarettes or drinking coffee. Like I’m free of another burden.

I used to feel this way often, but the feeling fell away during the eight years that I’ve buried myself in the electronic world.

Maybe I’m doing this experiment to find this richness of experience again?

On to other things: I only ever envisioned the typed, end product of this diary. My scrawl is, in fact, almost completely illegible.

12:45pm I go to Sebastopol’s Sunday farmer’s market and walk to the Barlow shopping district with my friend Allison. We talk about cell phones and the internet for a minute, then about other non-tech topics.

When we say goodbye, I walk back to my truck and I feel sudden joy at the abrupt thought that now I can check my cell phone and catch up on Facebook. But that doesn’t happen, because my phone isn’t in my truck. Instead, I scratch out this diary with pen and paper.

2-ish. Back home now. I don’t know what time it is. I can’t use my phone to photograph my incredibly handsome kitty, Elijah Darkness, and that makes me sad. I have a fleeting thought that I can watch another episode of Euphoria, then realize I can’t.

I can’t see a movie either, because not only can I not go online to see the schedule, I can’t even call the movie theater to listen to the schedule the way we used to in the old days.

What am I going to do all afternoon without internet access? I already went on a walk. Already went to market. Already saw a friend. I’ll read; I so don’t want to take a nap.

4:35pm Damn it, I went out like a light. Just woke up. Was that laziness, or did I need the sleep? Perhaps my brain exists in a constant state of fatigue due to years of internet surfing. If I’m calculating this correctly, I slept for over two hours, maybe as many as three. Wow. I was out. The day outside is still so blue, so colorful, so warm.

5:28pm After a nice, long walk, I sit outside the front door and admire the early evening with Elijah Darkness sitting in my lap.

Now I’m going down to the bamboo garden in the courtyard to finish my sparkling water while the clock runs down. I’m still plagued by urges to go online, but they are more than tempered by the emerging feeling of enjoying actual life.

5:45pm I haven’t sat outside like this, in nature, peacefully and without an agenda, for a long time. I find myself fantasizing about the treehouse I wanted to build on the land I once owned in Trinity County. An old fantasy—I guess treehouse dreams never die. But that dream has, in fact, been dead for quite awhile.

Back inside, I pull out my cell phone and my laptop and plug them in to charge, even though they’re both still turned off.

Tidying up my living room fills the remaining minutes.

6:05pm Going back online. I have eight texts, two Slack notifications, seven WhatsApp notifications, 25 Facebook posts and eight emails waiting for me. Before diving back into my screen, I take one last moment to enjoy the calm of the non-digital world.