Neil Young doesn't want you to know this, but he's got a heart of gold 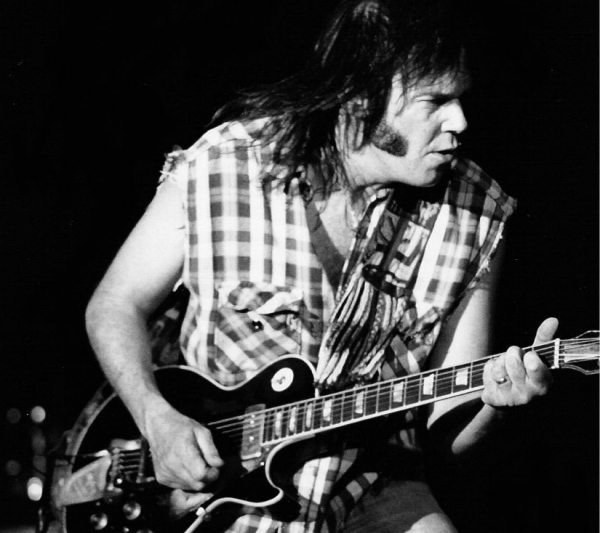 In Jimmy McDonough’s insightful 2002 Neil Young biography, Shakey, the iconic singer/songwriter didn’t mince words when it came to those who write about him.

“My biggest enemy is my own history,” Young told McDonough in one colorful interview. “People compare me to what I’ve done. Whenever they start writing about me, half of the f–kin’ review is about my life. Who gives a sh-t—if you’re gonna read a Neil Young review, you don’t need to know all the f–kin’ history. What the hell’s the f–kin’ deal…?”

The deal, Neil, is that –I that– is what we get paid for.

But let’s talk about the P-word.

Neil Young is one of rock ‘n’ roll’s most giving souls. He has given generously of his time and money but, most important, he has helped create conduits for others to do good.

On Dec. 8, Young will perform a benefit concert to help build a new home for the UCSF Benioff Children’s Hospital at Mission Bay (south of AT&T Park), an organization recognized as one of the leading children’s hospitals in the world.

The new facility will be part of a 289-bed integrated hospital complex for children, women and cancer patients. Upon completion in 2014, it is hoped that the 183-bed children’s hospital will set a new world-class standard for patient- and family-centered healthcare. The hospital already has programs designed specifically for young patients, such as a 50-bed neonatal intensive care nursery, recreational therapy for recovering kids and 60 outreach clinics throughout Northern California, including Greenbrae.

Of course, this type of charity is nothing new for the two-time inductee into the Rock and Roll Hall of Fame. Over the years, he’s accumulated enough good karma to fill the trunk of a 1959 Lincoln Continental, just like the hybridized model that started the Nov. 9 fire at the San Carlos warehouse, which stored much of Young’s vintage cars, old guitars and assorted memorabilia.

The celebrated musician, McDonough pointed out, also is “a model-train mogul, actor, rancher and, although he’d probably be loath to admit it, a humanitarian.”

The following year, Young and his wife, Pegi, founded the Bridge School Benefit Concerts series. The events, held at the Shoreline Amphitheatre, raise money for the South Bay namesake that assists children with severe physical impairments and complex communication problems.

He has helped raise funds and awareness for environmental causes and inner-city music programs as well as the need to increase access to low-cost AIDS drugs and support for AIDS orphans.

His single “Let’s Roll” was a tribute to the victims of the 9/11 attacks.

Earlier this year, Young was honored as Person of the Year by MusiCares, a nonprofit that helps provide medical and emergency financial assistance to musicians and others in the music industry.

In I Shakey, the late Texas singer/songwriter Townes Van Zandt summed up Young’s charitable spirit this way: “I can read auras—pale green is trouble, boy. I know a lotta cats with green ones—most of them are dead. And there’s one that’s more golden, glowing, approaching fulfilled—that has fulfilled other people. Neil has that. Neil’s is gold. I Gold.”

Journey through the past with Greg at [email protected]

Previous ArticleThe Queen of Glean, or high-life among the lowly

Next ArticleFeature 2: The spy who shopped me