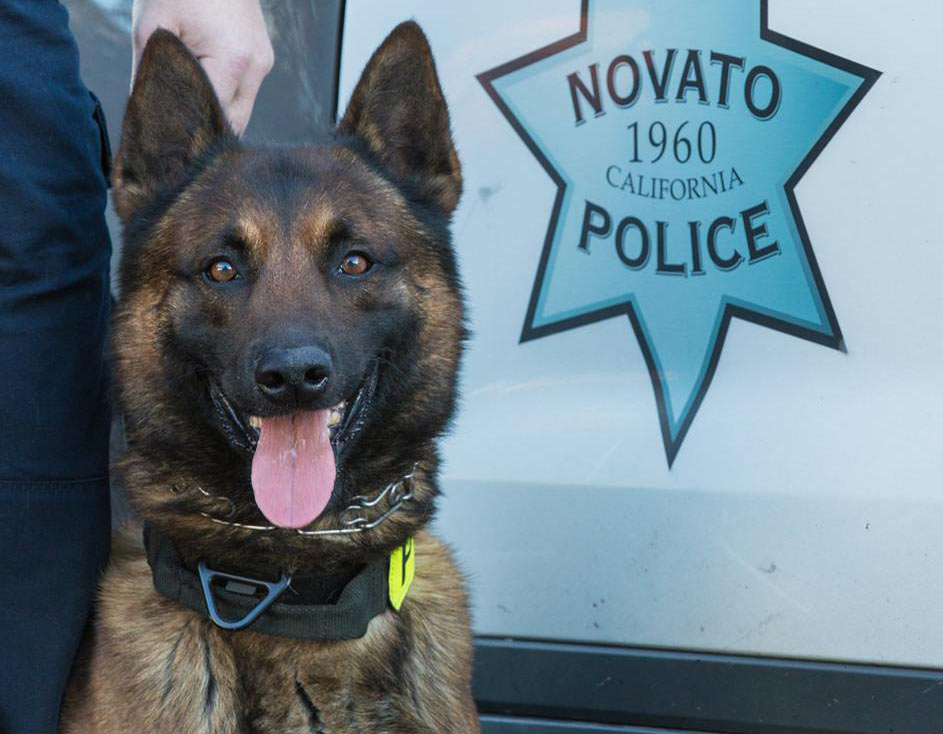 After spending more than eight years apprehending violent felons, locating evidence in crimes and operating with the San Rafael-Novato SWAT team, Lex, a specially trained police dog and respected member of the Novato Police Department, will enjoy a well-deserved retirement. The beloved Belgian Malinois joined the department in 2011, purchased with a donation from Marin County Supervisor Judy Arnold and support from the nonprofit organization Pennies for Police Dogs. The Novato community named him Lex after a military police dog who received a Purple Heart; fittingly, the word lex means “law” in Latin.

During his career, Lex partnered with Officer Kendrick Pilegaard in the patrol division of the Novato PD. The pair frequently battled the drug trade, with Lex using his powerful sense of smell to sniff out illegal narcotics. (A dog’s nose houses 300 million olfactory receptors versus a human’s 6 million.)

Lex was also a champ at interacting with the public, one of the most important aspects of his work as a police canine. Together, Lex and Officer Pilegaard conducted demonstrations to hundreds of people, fostering positive relationships between the police and the community.

The NPD reports that working dogs like Lex aren’t often treated as pets. The next chapter for Lex includes living with Officer Pilegaard and his family, relishing the relaxed life of a treasured pooch. We salute Lex for his loyal service and wish him well in his golden years.