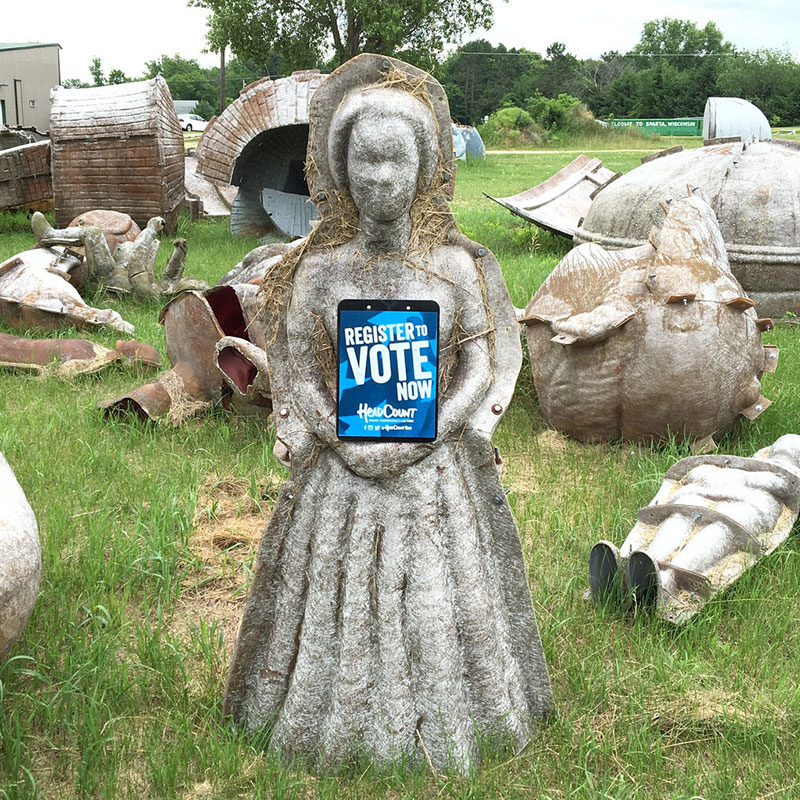 Pack a bowl and head to the polls—election day is right around the corner. And in a sign of the power that the pot industry is wielding these days, local pot powerhouse biz CannaCraft has announced a partnership with HeadCount called the Cannabis Voter Project.

HeadCount’s been around since 2004, and is a steady nonprofit voter-registration presence at jam-band concerts. Now they’re joined by CannaCraft on a national tour underway that’s bringing the registration push to pot-illegal states like Michigan, Illinois, South Carolina, Missouri and Arizona.

Based in Santa Rosa, CannaCraft lays claim as the state’s largest manufacturer of delicious and medicinal edibles, tinctures, topicals, flowers and vaping products.

The 15th annual Emerald Cup is taking place at the Sonoma County Fairgrounds on the weekend of Dec. 15–16 and organizers have just added a bunch of musical acts to the itinerary. The Dirty Dozen Brass Band from New Orleans will blare out the pro-pot tuba-pumping second-line music; American funk band the Funky Meters will get . . . funky—and they’ll be joined by electronic musicians STS9, Rising Appalachia, Los Angeles soulsters the Elevators, Brooklyn Afro-beaters Antibalas, and others.

The Emerald Cup is anchored by its annual competition of the best of the best when it comes to flowers, concentrates, edibles, CO2 cartridges, topicals, and all sorts of CBD products. The contest kicks off on Oct.15, when contestants can offer their product to the judges; the contest intake continues through Nov. 18. The theme this year, say event organizers, is “a celebration of the new ways of thinking and living within the cannabis culture.” The Nugget’s judgement: that is a worthy and timely theme.

Gov. Brown signed into law SB 1409 earlier this month, which legalizes hemp farming in the state. Vote Hemp, a national hemp-advocacy group, says in a statement that the new law will be a big boon to California farmers—it creates a pilot program within the California Department of Food and Agriculture that’s compliant with current federal law around hemp, and strikes “outdated state statute provisions that conflicted with the expanded definition of hemp that includes extracts and derivatives from the non-psychoactive flowers and leaves.” The U.S. Senate is also considering a hemp-freedom provision in the Farm Bill currently under negotiation in Washington.