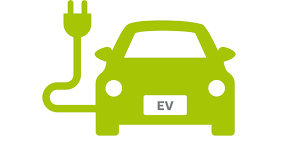 Despite Trump’s efforts to roll back clean-air regulations, Marin is going the extra mile to decrease greenhouse gas emissions from cars. The county will add 41 electric vehicle (EV) charging stations to the Civic Center in San Rafael by September. The public will have use of 31 of them; the remaining stations are for the county vehicle fleet of 80 hybrids and eight EVs. This is the latest step in a commitment to climate action planning, which has already reduced community greenhouse gas emissions substantially below 1990 levels. In fact, Marin’s reduction target is greater than those set by the state, and we hit our initial mark years ahead of plan. The new goal is to cut emissions to 30 percent below 1990 levels by 2020. Taxpayers needn’t worry about the $185,000 expense for the stations. The county secured a $65,000 grant from the Bay Area Air Quality Management District, and will pursue additional grants.

Downtown Sausalito recently became the backdrop to a viral video showing a clothing store owner booting a black family out of his shop. Anthony O’Neill, his wife, two daughters and in-laws were ousted from Quest Casuals on Bridgeway while trying on clothing and hats last Sunday. Shop proprietor Hooshang Seda called the police after O’Neill asked for an explanation. Some of the scene played out on a cell phone video, which has racked up more than 262,000 views on O’Neill’s Facebook page. “I am asking you to leave because I refuse to do business with you,” Seda says on the video. Seda, in a written response to KGO-TV, denies the ousting had anything to do with race and says the girls were trying on expensive adult vests that dragged on the floor. Before Yelp blanked out Quest Casual’s page due to the onslaught of negative comments from this incident, we saw a review describing a disturbing episode involving a man who wears XL clothing. To see Seda’s behavior, check out O’Neill’s video at youtu.be/3LthUyFRQwI.

Nikki Silverstein
Got a Hero or a Zero? Please send submissions to [email protected] Toss roses, hurl stones with more Heroes and Zeroes at pacificsun.com.
Previous articleFilm: I Spy . . .
Next articleLetters to the Editor