Of railroad and mean old men. 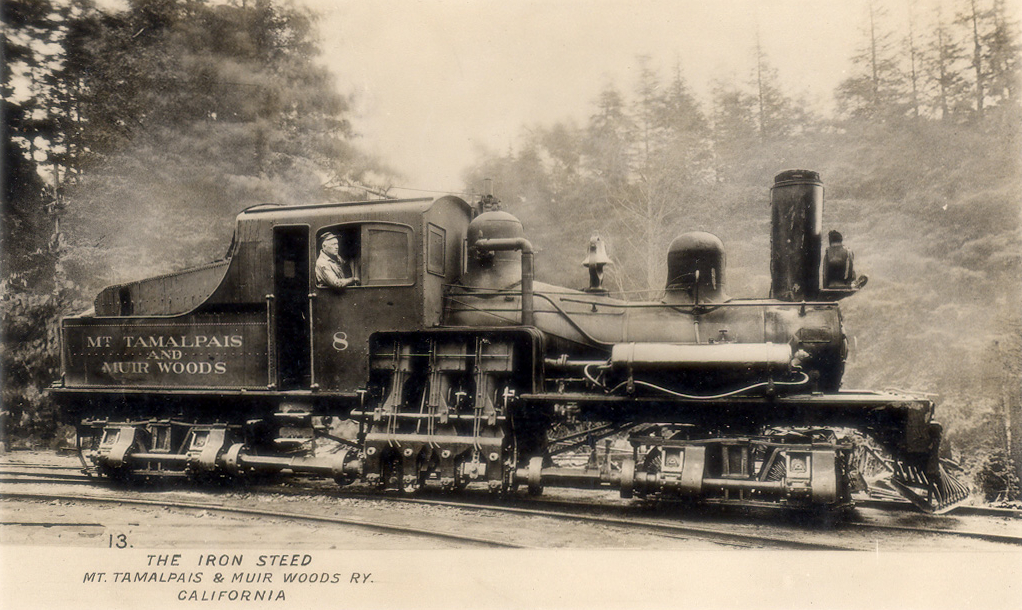 The “Crookedest Railroad in the World” opened in 1896 and transported tourists from downtown Mill Valley to the Tamalpais Tavern on top of Mt. Tam for almost 35 years. The eight miles of track wound around 281 curves and offered stunning vistas of San Francisco. In 1920, a new steam locomotive, Heisler Engine No. 9, manufactured in Pennsylvania, joined the railroad. Business waned after the advent of roads for automobiles, and No. 9 was sold. It changed hands several times and ended up on display outside the Pacific Lumber Company in Humboldt County. The historic locomotive went to auction last year and a Marin group called Friends of No. 9 placed the winning bid of $56,240. The deadline to move the engine is looming, and the Friends need some Heroes to step up and make donations. Send funds earmarked for No. 9 to the Mill Valley Historical Society, 375 Throckmorton Ave., Mill Valley, CA 94941.

Hallie and her leashed dog were on their morning walk on the Dan Abraham Trail in San Rafael, and she stopped for a chat with a woman. The trio took up about half of the trail. Unbeknownst to Hallie, the Tamalpa Runners, a Marin County running club, was holding its monthly race on the same pathway. When a male racer approached and asked her to get her dog off the trail, she began to pull her stubborn dog away from him. “Come on,” the runner said. “It’s not hard.” To prove his point, he kicked the pooch to the side. A man, who had enough room to sprint by a friendly dog, kicked her—hard. The culprit was a senior wearing a teal T-shirt and a white cap. Tamalpa Runners had a sign at a trailhead advising people of the race, but there was no notice where Hallie entered. Share the trails or buy your own piece of open space.