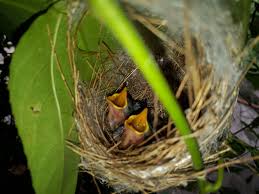 Of birds and bounty

ExtraFood, a nonprofit committed to ending hunger and food waste in Marin County, has recovered 2 million pounds of fresh, nutritious food and delivered it to community organizations that feed the hungry. Mazel tov to founder Marv Zauderer for leading ExtraFood to this major milestone in four and a half years.

Did Hamilton Marketplace in Novato separate parents from their babies when they removed six nests from olive trees on the property? The nests were homes to Brewer’s blackbirds and their newborn, both protected under the Migratory Bird Treaty Act, making it illegal to take the birds or active nests. Deborah Blackford, Hamilton Marketplace spokesperson, declares the blackbirds are aggressive and could create unsafe conditions for people. The shopping center removes “only the empty nests in order to prevent this situation from continuing to occur.” Since blackbirds generally use new nests each time they raise a brood, unoccupied nests are nothing to fret over. Witnesses dispute that they were empty. This past week, Olga Voronina, of Sausalito, an employee of a store in the center, rescued a few featherless chicks that had fallen out of the nests due to strong winds. Mother birds came quickly to reclaim their offspring. Last Friday, Olga found a sickly nestling on the ground, which was transported to WildCare in San Rafael. Three days later, the nests were removed. If the nests were empty, where did the flightless babies and adult birds go?—Nikki Silverstein

Nikki Silverstein
Got a Hero or a Zero? Please send submissions to [email protected] Toss roses, hurl stones with more Heroes and Zeroes at pacificsun.com.
Previous articleAdvice Goddess
Next articleThis Week in the Pacific Sun