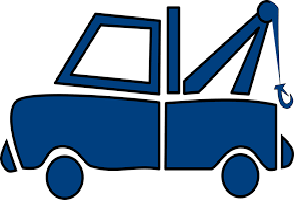 It’s a nerve-wracking experience when your car dies at a busy intersection. Jerry Kaufman of Fairfax was on the way to the mechanic when his car gave up the ghost on the Nave Boulevard offramp from 101. AAA estimated a 50-minute wait, and cars piled up behind Jerry. With his flashers on, he attempted to wave traffic around him. Some drivers whizzed by, while others sat behind him and honked. Jerry’s mechanic, Bob, arrived and tried to get the car going. No luck. There they sat with cars swerving to the left and right of them. Seeing their distress, a man, 20-ish, pulled onto the median, jumped out of his car and offered to help. Bob and the fellow pushed the car from the off-ramp to the bike lane on Nave Drive. Jerry breathed a sigh of relief and turned to thank the man. He was gone, departed without expectation of appreciation or a reward. Jerry wants you to know that you’re a fine young man, thoughtful and selfless. A hero, we’d say.

Most areas of Marin have strict signage restrictions. Look around. Not a billboard in sight. Heck, Mill Valley was recently up in arms when a business owner painted her storefront turquoise. Then there’s Corte Madera, which either hands out variances like candy or doesn’t care much about their own rules. Who can forget the apartment monstrosity at the old WinCup facility? Residents are now complaining about the new South County Marin auto dealership on the frontage road near the Tamalpais exit off 101. The eyesores include huge banners adorning most sides of the building; large graphic posters on the windows; a large permanent sign, at least 20 feet high, chock-full of logos; and a wrapped SUV. “It’s just too much,” said Kate, who lives a stone’s throw from the dealership. We suggest that Corte Madera enforce its sign ordinances and the car company invest in advertising to announce its opening.