ARIES (March 21-April 19): A critic described Leonardo da Vinci’s painting the Mona Lisa as “the most visited, most written about, most sung about, most parodied work of art in the world.” It hasn’t been sold recently, but is estimated to be worth hundreds of millions of dollars. Today it’s kept in the world-renowned Louvre museum in Paris, where it’s viewed by millions of art-lovers. But for years after its creator’s death, it enjoyed little fanfare while hanging in the bathroom of the French King Francois. I’d love to see a similar evolution in your own efforts, Aries: A rise from humble placement and modest appreciation to a more interesting fate and greater approval. The astrological omens suggest that you have more power than usual to make this happen in the coming weeks and months.

TAURUS (April 20-May 20): These days, many films use CGI, computer-generated imagery. The technology is sophisticated and efficient. But in the early days of its use, producing such realistic fantasies was painstaking and time-intensive. For example, Steven Spielberg’s 1993 film Jurassic Park featured four minutes of CGI that required a year to create. I hope that in the coming weeks, you will summon equivalent levels of old-school tenacity, persistence and attention to detail as you devote yourself to a valuable task that you love. Your passion needs an infusion of discipline. Don’t be shy about grunting.

GEMINI (May 21-June 20): On February 17, 1869, Russian chemist Dmitri Mendeleyev had an appointment with a local cheesemaking company to provide his expert consultation. But he never made it. A blast of inspiration overtook him soon after he awoke, and he stayed home to tend to the blessed intrusion. He spent that day as well as the next two perfecting his vision of the periodic table of the elements, which he had researched and thought about for a long time. Science was forever transformed by Mendeleyev’s breakthrough. I doubt that your epiphanies in the coming weeks will have a similar power to remake the whole world, Gemini. But they could very well remake your world. When they arrive, honor them. Feed them. Give them enough room to show you everything they’ve got.

CANCER (June 21-July 22): Ninety-five percent of your fears have little or no objective validity. Some are delusions generated by the neurotic parts of your imagination. Others are delusions you’ve absorbed from the neurotic spew of other people’s imaginations. What I’ve just told you is both bad news and good news. On the one hand, it’s a damn shame that you feel so much irrational and unfounded anxiety. On the other hand, hearing my assertion that so much of it is irrational and unfounded might mobilize you to free yourself from its grip. I’m pleased to inform you that the coming weeks will be an excellent time to wage a campaign to do just that. June can and should be Fighting for Your Freedom from Fear Month.

LEO (July 23-Aug. 22): During the next four weeks, I’ll celebrate if you search for and locate experiences that will heal the part of your heart that’s still a bit broken. My sleep at night will be extra deep and my dreams extra sweet if I know that you’re drumming up practical support for your feisty ideals. I’ll literally jump for joy if you hunt down new teachings that will ultimately ensure that you start making a daring dream come true in 2019. And my soul will soar if you gravitate toward the mind-expanding kind of hedonism rather than the mind-shrinking variety.

VIRGO (Aug. 23-Sept. 22): Everyone has a unique fate that’s interesting enough to write a book about. Each of us has at least one epic story to tell that would make people cry and laugh and adjust their thoughts about the meaning of life. What would your saga be like? Think about what’s unfolding right now, because I bet that would be a ripe place to start your meditations. The core themes of your destiny are currently on vivid display, with new plot twists taking your drama in novel directions. Want to get started? Compose the first two sentences of your memoir.

LIBRA (Sept. 23-Oct. 22): “Dear Oracle: I find myself in the weird position of trying to decide between doing the good thing and doing the right thing. If I opt to emphasize sympathy and kindness, I may look like an eager-to-please wimp with shaky principles. But if I push hard for justice and truth, I may seem rude and insensitive. Why is it so challenging to have integrity?—Vexed Libra.” Dear Libra: My advice is to avoid the all-or-nothing approach. Be willing to be half-good and half-right. Sometimes the highest forms of integrity require you to accept imperfect solutions.

SCORPIO (Oct. 23-Nov. 21): You have waited long enough to retaliate against your adversaries. It’s high time to stop simmering with frustration and resentment. Take direct action! I suggest that you arrange to have a box of elephant poop shipped to their addresses. You can order it here: Tinyurl.com/ElephantManure. JUST KIDDING! I misled you with the preceding statements. It would in fact be a mistake for you to express such vulgar revenge. Here’s the truth: Now is an excellent time to seek retribution against those who have opposed you, but the best ways to do that would be by proving them wrong, surpassing their accomplishments, totally forgiving them.

SAGITTARIUS (Nov. 22-Dec. 21): Marketing experts say that motivating a person to say yes to a big question is more likely if you first build momentum by asking them smaller questions to which it’s easy to say yes. I encourage you to adopt this slant for your own purposes in the coming weeks. It’s prime time to extend invitations and make requests that you’ve been waiting for the right moment to risk. People whom you need on your side will, I suspect, be more receptive than usual—and with good reasons—but you may still have to be smoothly strategic in your approach.

CAPRICORN (Dec. 22-Jan. 19): I bet that you’ll be offered at least one valuable gift, and possibly more. But I’m concerned that you may not recognize them for their true nature. So I’ve created an exercise to enhance your ability to identify and claim these gifts-in-disguise. Please ruminate on the following concepts: 1. A pain that can heal; 2. A shadow that illuminates; 3. An unknown or anonymous ally; 4. A secret that nurtures intimacy; 5. A power akin to underground lightning; 6. An invigorating boost disguised as tough love.

AQUARIUS (Jan. 20-Feb. 18): When I was a kid attending elementary schools in the American Midwest, recess was a core part of my educational experience. For 45 minutes each day, we were excused from our studies so we could indulge in free-form play—outdoors, if the weather was nice, or else in the gymnasium. But in recent years, schools in the U.S. have shrunk the time allotted for recess. Many schools have eliminated it altogether. Don’t they understand this is harmful to the social, emotional and physical health of their students? In any case, Aquarius, I hope you move in the opposite direction during the coming weeks. You need more than your usual quota of time away from the grind. More fun and games, please! More messing around and merriment! More recess!

PISCES (Feb. 19-March 20): For many years, actor Mel Blanc provided the voice for Bugs Bunny, a cartoon character who regularly chowed down on raw carrots. But Blanc himself did not like raw carrots. In a related matter, actor John Wayne, who pretended to be a cowboy and horseman in many movies, did not like horses. And according to his leading ladies, charismatic macho film hunk Harrison Ford is not even close to being an expert kisser. What about you, Pisces? Is your public image in alignment with your true self? If there are discrepancies, the coming weeks will be an excellent time to make corrections.

Homework: Each of us has a secret ignorance. Can you guess what yours is? What could you do about it? Freewillastrology.com. 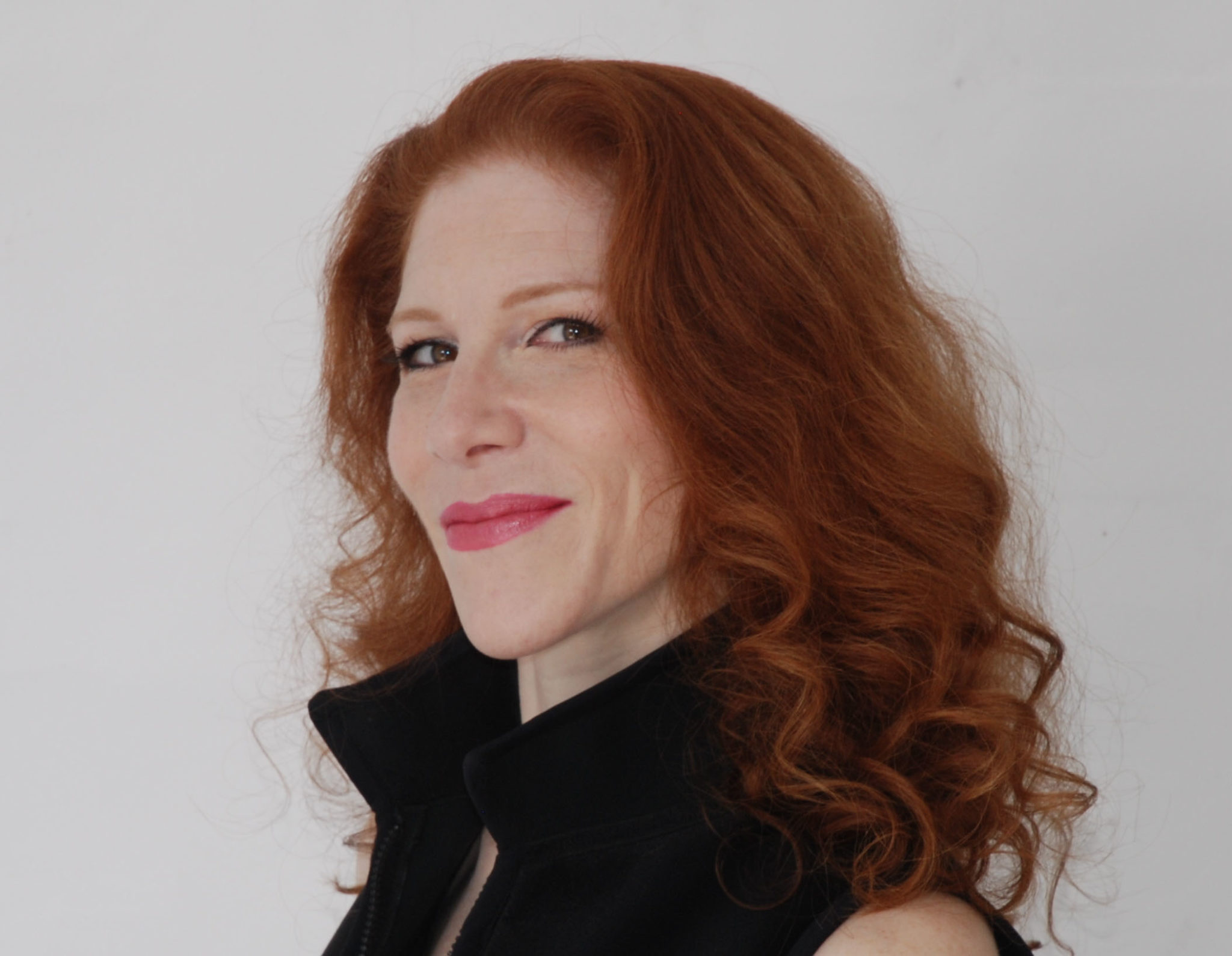