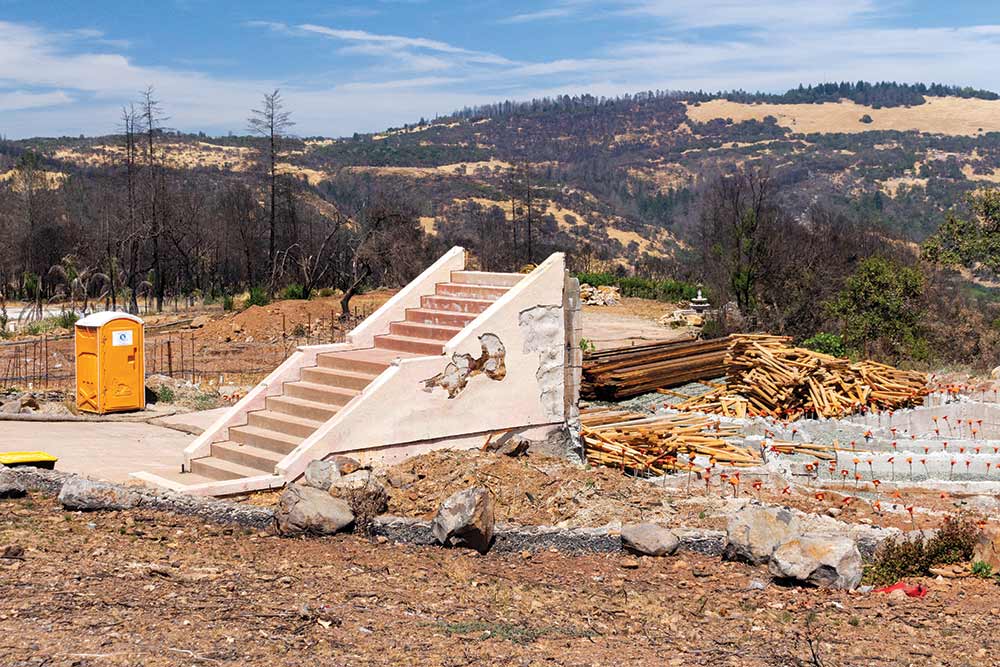 A deal intended to allow PG&E to exit bankruptcy protection later this year may have begun to crumble.

Since declaring bankruptcy in January 2019 to shield itself from an estimated $30 billion in liabilities tied to recent wildfires, PG&E has reached agreements with various parties, including insurance companies, stockholders and bondholders.

In March, the utility proposed an updated deal with fire victims. At first, the proposal appeared to be gaining momentum. Gov. Gavin Newsom endorsed the idea and some attorneys representing fire victims began to push their clients to vote in favor of it.

But, in recent weeks, opposition to the deal among fire victims has grown. In the past two weeks, three of eleven members of the Tort Claimants Committee (TCC), a group of 11 fire victims who represents 70 percent of fire victims in bankruptcy court, have resigned in order to publicly criticize PG&E’s latest proposal.

There are many criticisms of the deal, however, the main point of contention around is whether or not the proposed settlement will actually be worth $13.5 billion by the time victims get their share. There are even concerns about when victims will receive payment if they do approve the deal.

PG&E has promised to pay other groups, including insurance companies, in cash. However, the largest chunk of the victim’s part of the proposed $13.5 billion proposed payout is $6.75 billion in stock options which will be slowly distributed through a trust.

Now, with a worldwide financial crisis unfolding due to the coronavirus pandemic, those stock options could be far less valuable than victims were once led to believe.

In a legal filing on Monday, Eric Lowrey, a Certified Restructuring and Insolvency Advisor (CIRA) hired by a separate group of wildfire victims, testified that the victims’ stocks may only be worth $4.85 billion, not $6.75 billion, by the time fire victims gain access to them.

In a document filed Monday, attorneys representing the TCC asked U.S. Bankruptcy Court Judge Dennis Montali for permission to send a letter to all fire victims informing them of their concerns about the proposed deal. They also requested that victims delay their vote until they have more information about PG&E’s proposal.

“The TCC is requesting the victims to delay voting on the plan, yes or no, until the May 2-15 time period, so the victims can learn whether or not PG&E has fixed these problems before voting,” Michael Carlson of Caymus Vineyards, a TCC member, said in a statement released to the press on Monday, April 6.

Montali had not announced a decision on the request as of press time on Tuesday, April 7.

During a bankruptcy court proceeding Tuesday morning, Stephen Karotkin, a lawyer representing PG&E dismissed the TCC’s claims as “a blatant attempt to renegotiate the deal that they signed” and added that PG&E had never guaranteed the price of the stock, a reporter for Utility Dive, an online industry publication, wrote on Twitter.

Kirk Trostle, a Camp Fire victim who was one of three people to recently resign from the TCC, says he will vote against PG&E’s current proposal and encourages other fire victims to do the same.

“Unless there are significant changes and PG&E guarantees and 100 percent protects $13.5 billion in a fire victims trust fund, I will be opposing the plan,” Trostle told the Bohemian on Tuesday, April 7.

“Educate yourself before you vote,” Trostle said. “There’s a lot of misinformation out there.”

Victims have until May 15 to vote. The plan requires two-thirds support to be approved.

Next ArticleLocal photographer captures the moment