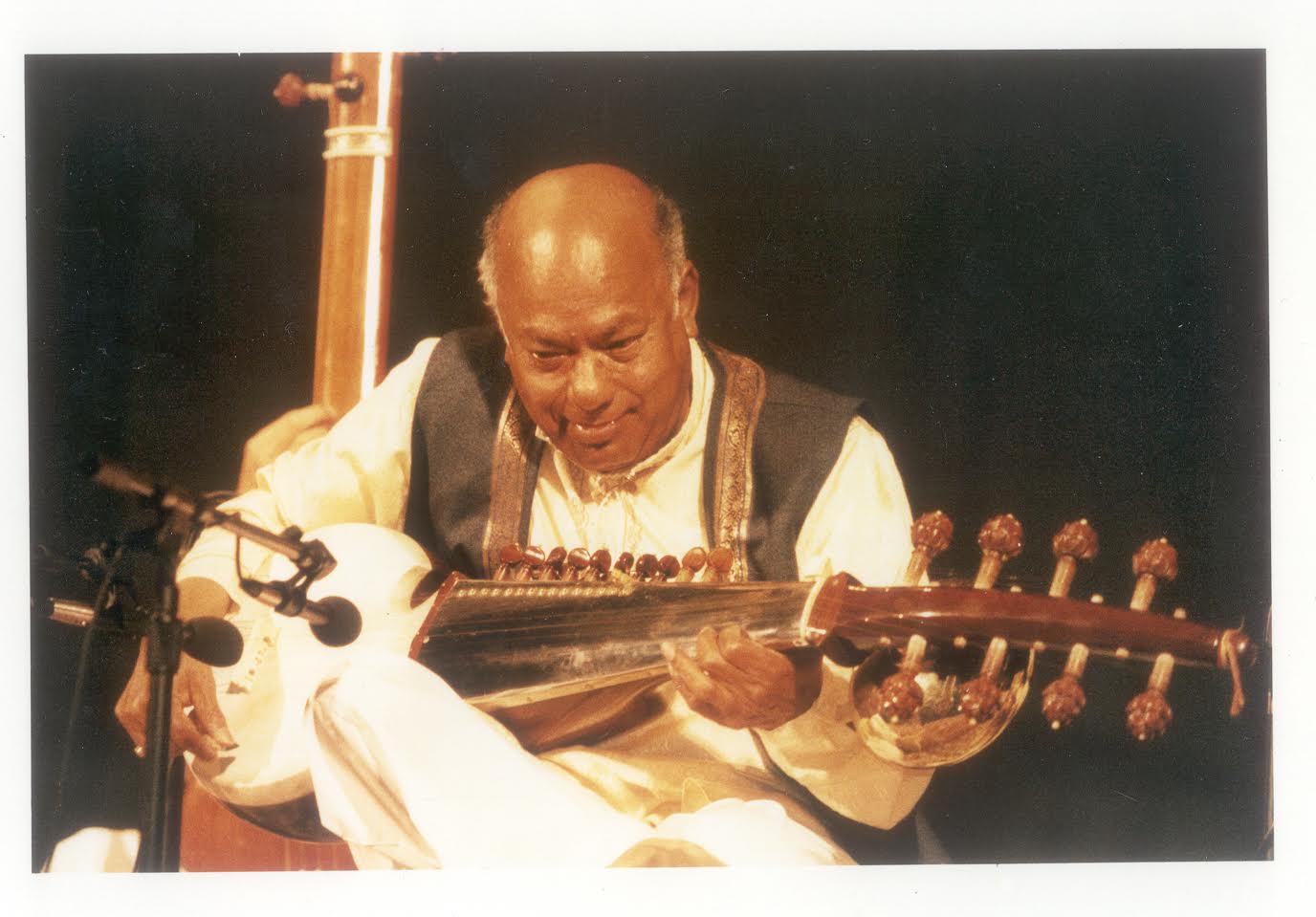 Marin County might seem an unlikely American center of Indian musical history and education, but so it has been for the past half-century. And that is largely due to the late, great Ali Akbar Khan, called an “absolute genius … the greatest musician in the world” by another master, renowned violinist and composer/conductor Yehudi Menuhin. And now Khan’s decades of performing and teaching have been archived in an “online university” so that anyone wishing to study and enjoy his art can access his vast contribution to one of the most subtle and beautiful forms of music.

So who was the musician known to the legions who revered him as “Khan Sahib” (khan meaning “leader” and sahib meaning “master”) and to others as “The Rajah of Ragas”? Born in a line of renowned musical figures in India in 1922, he spent his entire life, almost from birth, immersed in learning and playing North Indian classical ragas on the sarod, a 25-stringed sitar-like instrument, usually carved from a single piece of teak or mahogany. His apprenticeship included study and practicing virtually every waking hour for 20 years, and by the 1950s he was the undisputed master of his demanding instrument. In 1967, a couple of years after moving to California, he founded the Ali Akbar College of Music in Berkeley, soon moving to San Rafael, and for the next 40 years he taught six classes a week for nine months a year to what would total around 10,000 students. His school became the premier training site for performers of Indian music in this country. By the time of his death in 2009 he had garnered countless awards, honorary degrees and fellowships and other recognitions from many nations, and in India, he was designated a “National Living Treasure.”

Another Marin Indian musical maestro, internationally renowned tabla player Zakir Hussain, has said of Khan Sahib that he was, “The musician of the century of India … one of those musicians who show up once in a blue year and give the music the nudge it needs to move on to the next level.”

I had the daunting honor of interviewing Khan in his cozy San Anselmo home in 2002; meeting someone of such renown and with a reputation as a demanding taskmaster was a bit nerve-wracking at first, but before long he was smiling and laughing as he explained Indian musical traditions and recalled his life. While he had never quite attained the popular image here that his sitarist brother-in-law Ravi Shankar garnered in the 1960s due to his friendship with Beatle George Harrison and appearances at major rock festivals, he was at least equally respected among Indian music aficionados. As for American musicians, one story has Jimi Hendrix listening intently to an entire performance by Khan and Shankar and then, after it ended in a blazing display of intuitive interplay, simply shaking his head and saying, “That’s it—I give up.”

But in fact Khan, like Shankar, lamented some aspects of Indian music’s sudden popularity in the 1960s—“That there was some real interest was a good thing,” he reflected. “But first there were at least five years of wrong ideas, of drugs and incense and funky dress and hippie style, mixed up with the music.” But he was also not a complete purist—some superb musicians like Hussain were mixing it up with the likes of the Grateful Dead. Khan smiled and said, “It’s OK, if they know what they are doing,” and warned that the wrong sort of musical blends could actually make one sick, or at least “give them all sorts of headaches … if you spoil it, or hear it at the wrong time, you can have an allergic reaction, like a rash.”

He also told me that he loved American country music, like that of Hank Williams and Willie Nelson—again, if played and heard in a proper, respectful manner. “I like the melodies,” he explained. “Understand that traditions like these often develop for important reasons, and need to be maintained and preserved in ways that help people, wherever they may be. That is just what we try to do.”

Thus the new archive of Khan’s classes and performances. The classes were recorded, either in audio or video, as were 900 concerts. With the intent “to utilize the library to continue offering the finest education in North Indian Classical Music in the world,” the recordings have been digitized, and cross-referenced with the essential help of $375,000 worth of grants and donations from Khan’s admirers. Khan Sahib taught 361 different ragas over the years, and from them derived the 7,197 compositions currently in the library, offered at three levels (beginner, intermediate, advanced), and for voice (20 styles, from ancient Dhrupad to Kheyal to Thumri, and 17 more) and individual instruments (sarod, sitar, bow & flute). The ragas are classified under eight categories, ranging from Pathos and Joy to Peace and Devotion; the season, the time of day, the appropriate light (dawn, first candle, sunset, midnight) and the scales (Asawari, Bhairav, and eight more). This amounts to a mountain of musical wisdom, a unique trove of profound teaching and listening.

An introductory portion of the database is available online at www.aliakbarkhanlibrary.com, but for real access, the true musical pilgrim will want to go to the Ali Akbar Khan Library at 215 West End Avenue, San Rafael. There they can hear and study the database without charge from 11am-6pm on Mondays and Wednesdays, and from 11am-9pm on Tuesdays and Thursdays.

Official opening day ceremonies are set for this Saturday, Feb. 21, with a “ribbon cutting” at 4pm, followed by a dinner and concert featuring Alam Khan, Ali Akbar Khan’s son. Passing on the tradition, indeed.

“My sons and I, we wish to give all listeners that joy and beauty and hope so they can feel it in their souls,” Khan said. “It can help people like medicine. The sound goes inside and the soul accepts it—some people feel happy, somebody cries, and all of it is good.”