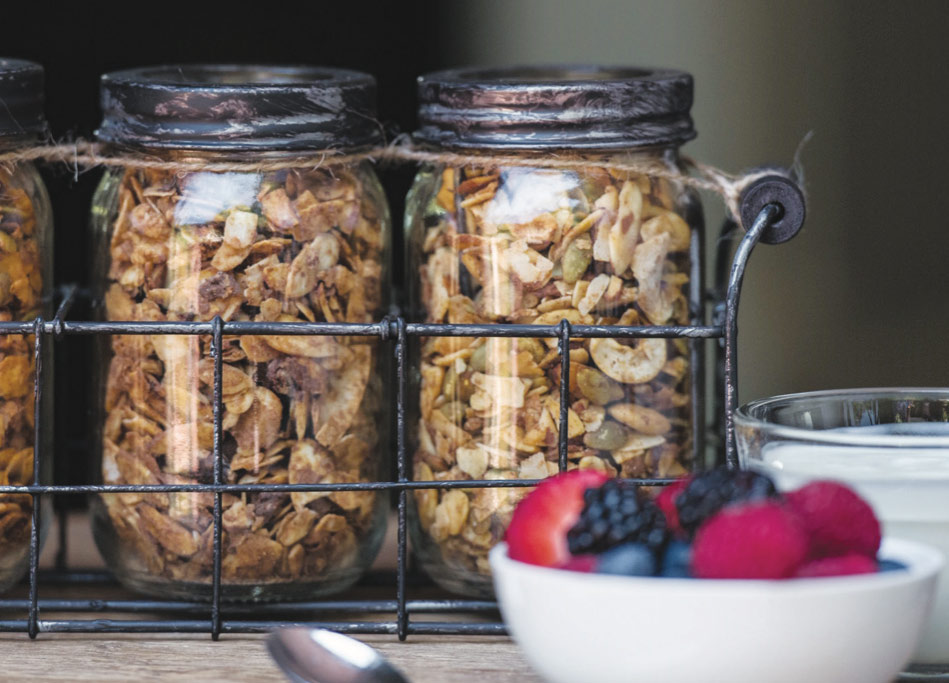 For the last 38 years, San Francisco has been host to the Specialty Food Association’s Winter Fancy FoodShow. Every January over 10,000 exhibitors from all over the world toutingtheir artisan chocolates, Italian olive oils, turmeric teas, gluten-free snacksand probiotic beverages fill the aisles of both the North and South halls ofthe Moscone Center. Food buyers, distributors and media come en masse to learn about the latest trends in thisever-growing specialty food space that claims to be a $148.7 billion dollar industry.

The Golden State is well represented by 300-plus producers who travel from as far south as Escondido and Costa Mesa, from as far inland as Mammoth Lakes and from as far north as Mendocino County to attend this trade show. Not surprisingly, Marin County—the birthplace of venerable brands such as Cowgirl Creamery, Rustic Flatbreads and Equator Coffee—continues to offer innovative and on-trend products to food lovers. Here are three North Bay makers who will be at the show this year in hopes of gaining broader visibility and the opportunity to place their products on store shelves around the country.

Becca Salmonson first created her snack mix for her workout partner after their cancer diagnosis. She set out to create a healthy mix that wasn’t too sweet but would mask the bitter, metallic taste resulting from chemotherapy. Eventually, with her friends’ and family’s encouragement, her helpful gesture morphed into a side-hustle for the Peacock Gap–based mother of three, and ultimately launched Becca’s Petites.

“I’m a nurturer at heart—cooking is like my love language,” Salmonson says.

She grew up taking care of her French-born mother, who suffered from multiple sclerosis and celiac disease. Her four attractively-packaged, vegan bouchées are now named in her mother’s honor. The various nut blends include Savoreaux, Flambeaux, Original and Chocolate Noir and are all gluten- and dairy-free, and certified vegan. Salmonson commits to using whole ingredients and especially steers clear of the white stuff, because, in her words, “sugar is the devil’s dandruff.”

Salmonson, who has exhibited before at the Fancy Food Show, will be promoting her nutty treats and encouraging people to enjoy them as breakfast cereal, or tossed over soup, salad, veggies and more. She also hopes to meet distributors and buyers interested in her snacks as well as her philosophy, “Feed your hunger to live well.”

Another North Bay snack maker left her day job as a solar project developer at Tesla to produce CompletEats—a line of vegan cookies.

“After I was introduced to a plant-based diet, I was inspired to start my brand,” says Lauren Chew, who grew up in Mill Valley and officially launched CompletEats last March.

What started as a hobby is now a full-time job—she sells her Banana Bread, Mocha Chip and Cherry Almond cookies to about 100 retail stores and has two full-time employees. She began by approaching several local markets, including United and Andy’s Local, who allowed her to bring in her products, sample them out and get valuable feedback from shoppers.

“It’s an environment where grocery buyers are super supportive,” says Chew, who is grateful to the two markets for allowing her to get her foot in the door.

As a first-time exhibitor at the Fancy Food Show, Chew is looking forward to showing people that gluten-free and vegan can taste good. She is also hoping to connect with other folks who share her commitment to promoting plant-based foods.

Wild West Ferments’ foods are also plant-based, but their flavor profile is at the other end of the spectrum—their brined, fermented krauts pack a savory punch. Anyone who shops at the Civic Center or Point Reyes Station farmers markets is sure to have sampled Luke Regalbuto and Maggie Levinger’s Wild West Ferments. The couple first began fermenting foods in a restaurant kitchen in Inverness almost 10 years ago, and now their krauts are on the shelves at Whole Foods.

“We are starting to step things up a bit,” says Regalbuto, who will exhibit at the Fancy Food Show for the second time and looks forward to seeing his customers. “My favorite part of the show is seeing all of our buyers—they are really our bread and butter and are the reason we are where we are today,” he says.

Wild West Ferments is mostly known for its sauerkrauts that they prepare in ceramic crock pots (no plastic) and packaged in glass jars. They ferment their finely chopped, all-organic ingredients for six weeks and created with probiotic and gut health in mind. The couple knows their brines are slightly more expensive than others, but they remain committed to using all organic ingredients and handcrafting their products using time-honored traditions that have been around for hundreds of years. With four part-time employees and a toddler, Regalbuto, much like his patient brining method, is in no hurry to grow too fast.

“We just want to get a little bit bigger,” Regalbuto says. “Ideally it would be great to have our brines up and down the West Coast.”

These North Bay tastemakers will join thousands of fellow exhibitors and spend three full days sampling their products to folks who are hungry for the latest trends in specialty foods. Don’t be surprised if you see more of these products on grocery store shelves in your neighborhood, online or even across the country.