.Upfront: Driving us up the wall? 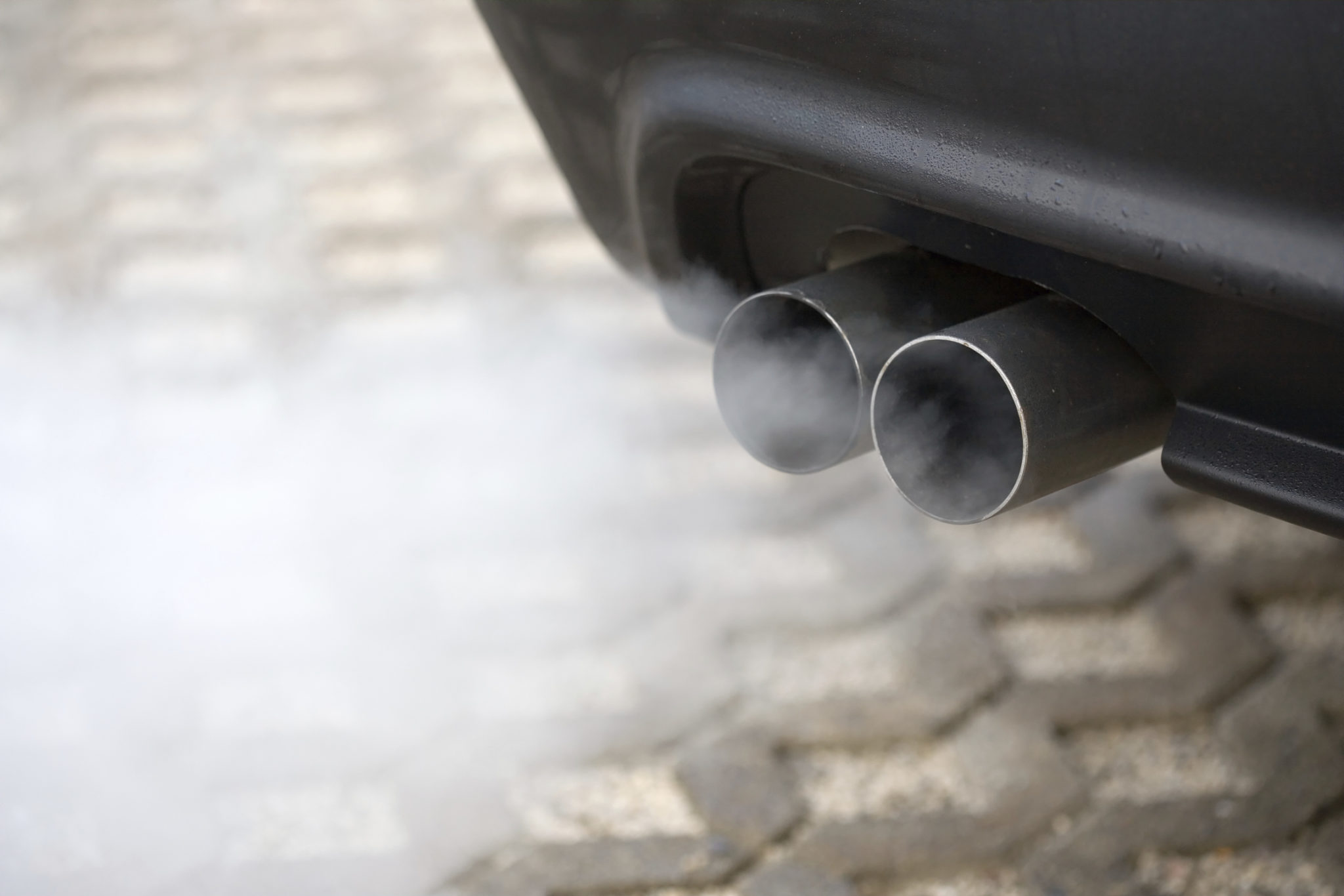 Most Marin cities and the county face restrictions on the amount of federal gas tax money they can spend. The cause: Rejecting the Plan Bay Area concept of priority development areas.

When motorists fill their gas tanks in Marin, they pay 18.4 cents per gallon in federal gas tax for the regular formulation of gas. The state’s ethanol concoction comes with a lower tax, but whichever rate gets figured into a gas-tax-return equation, when the feds send the gas tax back to Marin, it now comes with restrictions that previously didn’t exist. And those restrictions constrain the way Marin can spend money on critical road and transportation maintenance and improvement projects.

The road to the current situation started when AB 32 became law in 2006. It mandates a reduction of greenhouse gas emissions to 1990 levels by 2020. A separate executive order called for reducing emissions by 80 percent below 1990 levels by 2050.

A central vision of how AB 32 would work included a scenario in which counties, cities and towns would, among other goals, promote efficient energy use, encourage workforce housing and push for improved public transit.

In 2008, the Legislature took AB 32 one step further down the road to regional planning with SB 375. It’s part of the Sustainable Communities Strategy. It seeks to coordinate land-use and transportation planning. The law requires cities and counties to develop “sustainable strategies.” It pushes for integrating non-motorized transportation, public transit, walking and transit-oriented development into local agency long-range plans. “Improved planning means cleaner cities, less time stuck in your car, and healthier, more sustainable communities,” said California Air Resources Board Chairman Mary D. Nichols in a press release explaining SB 375. “Cities that choose to develop Sustainable Communities Plans that meet these targets have an advantage when it comes to attracting the kinds of vibrant, healthy development that people want.”

The concept of sustainable communities, as encapsulated in a transit-oriented development concept proved to be a focal point for critics who objected to the state dictating regional planning, especially regional planning that tied transportation planning and funding to housing development and planning.

The concept dictates that a Regional Transportation Plan moving forward under the mandate of SB 375 should aim to create sustainable communities. When the idea first circulated and the law was enacted, the consequences seemed academic.

When the Association of Bay Area Governments (ABAG) unveiled the Plan Bay Area concept that called for regional housing plans that set the number of homes that each of the Bay Area’s nine counties should accommodate, slow-growth Marin residents raised loud objections, saying that the concept of a regional planning agency setting goals for Marin was inappropriate. They also said that the numbers of homes ABAG set for the county and its cities were unrealistic and burdensome, a requirement that would change the face of Marin and degrade its “small-town atmosphere” with “stack and pack” high-density housing along the Highway 101 corridor.

Supporters of the transit-oriented development concept noted that ever since Marin’s first countywide plan, the county had embraced the idea of a developed corridor along Highway 101 to provide housing to accommodate workers and create downtown areas that were friendly to pedestrians and bicyclists.
While the debate over whether the state’s regional planning mandate, and the idea of connecting housing development to transportation planning, raged, the Bay Area’s regional planning agencies, ABAG and the

Metropolitan Transportation Commission (MTC) were crafting the practical implications of the philosophical concept.

A key issue was how MTC would weigh various criteria in deciding how to disburse transportation funds generated with federal gas tax money. The disbursement policies represented the first attempt to meet the new sustainable strategy. In 2012, MTC created and approved a policy document for a four-year cycle.

According to the document, “One Bay Area Grant is a new funding approach that better integrates the region’s federal transportation program with California’s climate law and the Sustainable Communities Strategy. Funding distribution to the counties will encourage land-use and housing policies that support the production of housing with supportive transportation investments.”

Critics of the strategy and of transit-oriented development contend that policies will not reduce greenhouse gas emissions to any appreciable extent, and they will only impose unacceptable development for communities that accept the premise. The critics urged the county and Marin cities to withdraw from ABAG and from the sustainable strategy that ties housing with transportation. Corte Madera, in fact, did withdraw from ABAG, although it still must abide by state housing requirements.

The MTC policy document stipulates how MTC will accomplish a practical application of its policies. And that application directly affects how much money the county and its cities will have to spend on transportation projects.

It’s clear from the policy document that communities accepting the regional housing goal concept of priority development areas can stand at the front of the funding line when federal gas tax gets disbursed. The One Bay Area Grant distribution strategy focuses on a number of weighted criteria. Population accounts for 50 percent of the formula. Also included is the total numbers of housing units a community is willing to plan.

And within that number is the total number of low-income and very low-income housing units.

The policy document is clear on the intent of the weighted criteria: “The objective of this formula is to provide housing incentives to complement the region’s Sustainable Communities Strategy, which together with a Priority Development Area-focused investment strategy will lead to transportation investments that support focused development.”

Four North Bay counties—Marin, Sonoma, Napa and Solano—managed to get something of a waiver under which they can spend 50 percent of the federal gas tax money on priority development areas “to reflect the more rural nature of these counties,” according to the policy document. (The stipulated policies hold true for a four-year cycle, and MTC can change them at the end of a cycle.)

In a four-year cycle, MTC receives gas tax disbursement from the feds and takes 50 percent of it for regional projects. The third lane and bike path on the Richmond-San Rafael Bridge is one example. The other 50 percent goes to the nine Bay Area counties, which must spend their set percentages in priority development areas.

Dianne Steinhauser, executive director of the Transportation Authority of Marin, says that her agency takes about 25 percent of the money MTC disburses to Marin and sends it out for road maintenance projects. The total amount of federal gas tax that comes to Marin is $10 million over four years. “When I get that in the next cycle,” Steinhauser says, “I will have to spend 50 percent of it connected to just two areas, in downtown San Rafael and Marin City.”

The number of projects in Marin that need funds far outstrips the total funds that come from federal gas tax, even without the 50 percent requirement. And even with using the gas tax funds to leverage more funds, the number of maintenance and improvement projects still outstrips the funding supply. Taking 50 percent off of the top for only two areas leaves the funding picture even worse for the rest of the county.

And it’s no easy task to find funding sources to make up the money that will have to go to just the two priority development areas. The state used to kick in some money from the state gas tax, but it now uses all of its tax revenue to maintain the state transportation infrastructure.

“I heard all the arguments” during the Plan Bay Area debate, Steinhauser says. Critics said that they objected to holding transportation funding hostage to housing development. It wasn’t worth accepting the transportation money, they said, to alter the character of the county. They said, “Reject the money!” And they did. And the county and its cities did.

Marin County Supervisor Steve Kinsey serves on MTC. “The money is going to go where the PDAs are,” he says. “The spigot is pretty well turned off for [the rest] of Marin.” There’s talk that staff at MTC is thinking about increasing the Marin priority development area spending requirement to 70 percent, which would make things even harder in Marin. Steinhauser thinks the North Bay counties, working together, can hold off that impetus.

The priority development battle has left Marin with a tarnished reputation, at least in the eyes of other Bay Area counties. (Critics might say it’s a badge of honor and individuality.)

In regional planning circles, Marin is considered “a bad performer,” Steinhauser says. “They make that very clear. We are not well-appreciated. We are admonished by other counties on a regular basis.”

Now, the county and its cities face the practical implications that come with the loss of the federal gas tax funding as it gets restricted to San Rafael and Marin City. Steinhauser says that critics have wanted to reject the regional funding and planning strategy and now they should come up with ways to raise the money lost to their communities. “That’s my answer,” she says. “We need to put things in front of voters, whether it’s a local city sales tax or a countywide revenue source of some sort. If we want to thumb our noses at these federal funds, then we need to be realistic about what [funds] we have to work with. We don’t have these [federal] monies any longer.”

Previous ArticleTrivia: What is the only enclosed shopping center in Marin County?