Dispatches from the border 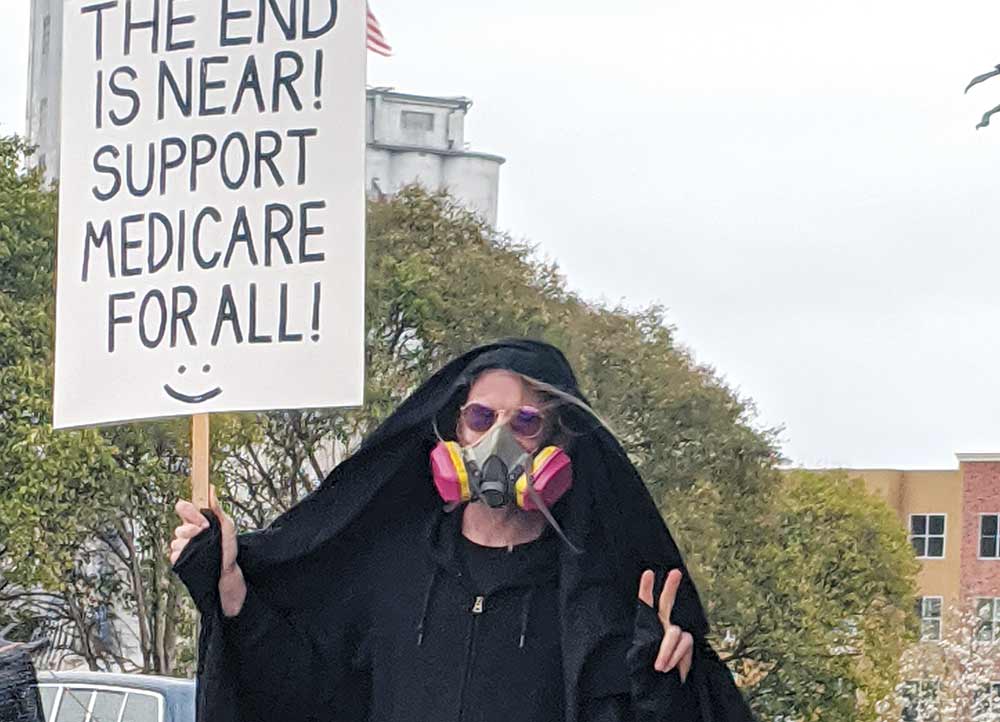 I’m a pretty shabby audio processor (just ask anyone who’s ever conversed with me), so whenever I hear the command “shelter in place” I associate it with the French culinary phrase mise en place which means essentially “everything in its place”—often in an assortment of small bowls optimally arranged for Instagram. How does this tic affect me? The view from my mind’s eye looks like a Bon Appetit photo shoot.

I’ve come to appreciate that this bizarro form of synesthesia has crowded out more anxious imagery from my mind. Despite the pandemic, or perhaps because of it, I’m relatively immune to both panic and conspiracy theories. Sure, COVID-19 is precisely what we might expect from a James Bond villain but I’m too blissed out with the Marie Kondo kitchen in my mind to fret.

Is the coronavirus the karmic revenge of an apparently delicious pangolin (thanks NY Times)? Did the Pope spread COVID-19 to Italy? Not my problem—I’m too busy relearning the mysterious ways of the can opener.

Perhaps my immunity to outright panic is a defense mechanism conditioned by the fact that we’ve been pre-figuring the End Times since the beginning of time. I’ll forgo making a list of dystopian and apocalyptic fiction and films for fear of crowding out more salient information on the Internet like memes about “The Panic” at Costco.

Among the greatest hits of End Times writing is William Butler’s poem “The Second Coming” with its imminently quotable closing lines:

“And what rough beast, its hour come round at last,

Slouches towards Bethlehem to be born?”

Joan Didion, of course, poached from these lines for her essays collected under the title Slouching Towards Bethlehem. So, while we’re picking at Yeats’ bones, I’ll take “rough beast,” which is what I look like since self-isolating earlier this week and forgetting to stockpile razors. And whilst I’ve been regressing to a Neanderthal state, some Millennials have reportedly been cavorting in cafes (which I’m now calling “coughy bars”) with little heed paid to the admonition by National Institutes of Health’s Dr. Fauci that doing so is tantamount to being Boomer-Killers. That’s some lowdown, passive-aggressive shit, kids—go home and play your board games and TikTok (whatever that is).

Meanwhile, I’ve combined my social media and social distancing into “media distancing” whereupon I write my columns from a bunker and watch Netflix from six feet away. You can join me, but online only, of course—because I’m under strict orders to remain mise en place at the moment.