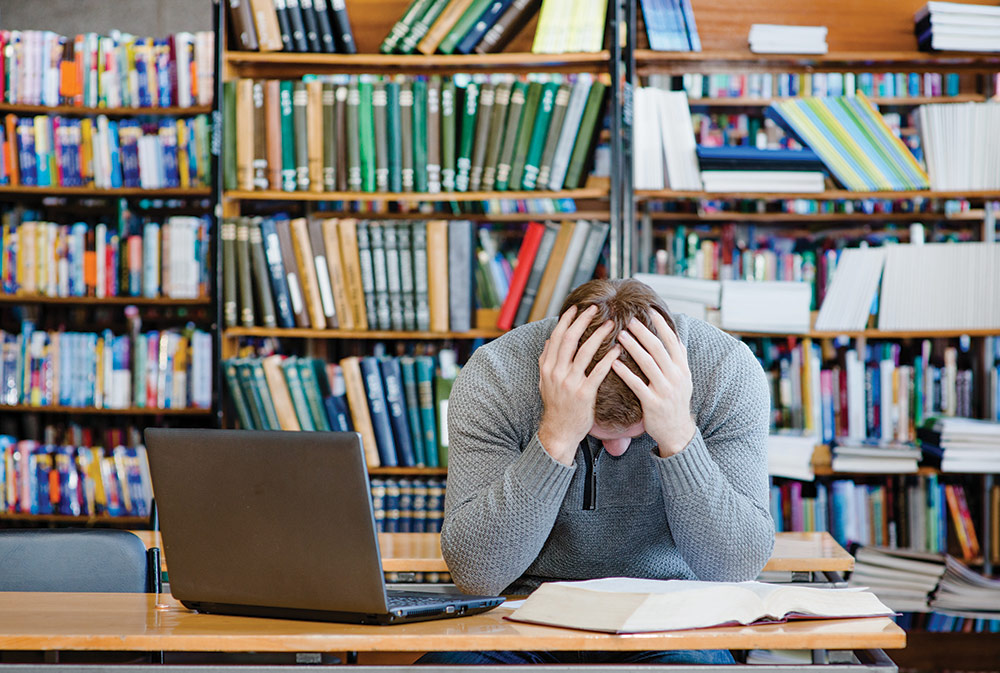 Student-loan debt and the dilemma of getting an education

Conversations about debt and loan repayment are an all-too-familiar discussion when it comes to college—and especially for those who attend four-year universities these days. I graduated from the UC Santa Barbara this year, and now I’m living at home. My recently graduated friends have a game we play where we compare our ages when we’ll be debt-free.

With a little bit of luck, I will be 33 when I finish paying off my college loans, in 10 years. This is a rough estimate: I added two years to account for interest, and I calculated the pay-off in hopes I can continue to make payments above the minimum required—and this is on the condition I never defer a payment. Using my peers as a comparison, I will be the first to pay off my loans. It’s cold comfort.

A new analysis by the Federal Reserve Bank of New York found that college graduates borrow, on average, $34,000 by the time they get out of school. The report also found that the total amount of student loans has risen from $300 billion to $1.1 trillion in the past decade. Students accept the debt because it comes with the promise of higher paying jobs and increased quality of life after graduating.

This promise is an empty shell of what was true for older generations.

Tuition rises and the cost of housing rises, but entry-level positions are still compensated with measly wages, and there are few resources to help graduates pay back debt.

The loans I’d taken out during my first years of school began to materialize this year in the form of $20,000 in debt. That’s why, in the months leading up to my graduation, I felt an imperative to make a career move. I considered my options. I wanted to go to graduate school, but taking a break from college to chisel away at my debt seemed more responsible than heaping another $30,000 a year onto it.

So I did what college graduates do: I scoured the internet for jobs, attended job fairs and spoke with advisors. Despite my internships and experience, I found no entry-level jobs that paid more than $15 an hour.

I expanded the search to include any and all jobs I was equipped to work, from public relations to accounting. Even when my experience made me a qualified candidate, the compensation was never enough to live on while also repaying my loans. The pressure to decide what to do with my future—and quickly!—felt like a suction cup slowly narrowing and collapsing in on itself.

Decisions about where and how to live plague me and my friends. Some are lucky enough to have parents who can supplement their incomes, and are able to pursue jobs within their desired field, despite the low wages (or, in some cases, nonexistent wages—looking at you, unpaid internships). Most of my friends take customer-service jobs in order to make the rent, and a handful have moved home.

I took a hit to my pride and decided the most financially sensible decision was to move home, and dutifully assumed my status as the broke college graduate.

I work as a waitress in Sebastopol, where I make three times what I make writing for my internship. Despite (because of?) a degree in political science, my previous experience writing for the local newspaper in Santa Barbara and my position as editor at my school magazine, finding a career that paid enough to sustain myself turned out to be an impossible assignment.

Perhaps this speaks to the particular field I would like to go into—writing—but the phenomenon is relevant to nearly all graduates outside of engineering and computer-science majors. I cite close friends as evidence. They have degrees ranging from accounting to environmental science to sociology. None has a job in their chosen field.

I’m not complaining. But I am trying to understand the value of higher education, and I’m trying to reconcile my definition of its value with society’s definition. Apparently, they’re not the same.

I love learning. I thrive on discussions that stretch my perspectives. I collect facts as a hobby. Education, to me, has intrinsic value. Yet society puts a value on that education at $34,000 a year—with the implied promise of a high-paying job in the future.

This is totally at odds with my experience job hunting. I’ve found that many employers use a college degree as a prerequisite for any job, often regard degrees as insufficient, and then pay the bare minimum. The dynamic is compounded regionally by the lack of affordable housing and those looming loan repayments that come due just as graduates are entering a very tight job market.

It’s unsustainable. More people have college degrees now than at any time in history, but the crippling reality increasingly lends credence to the idea that education as a means to achieve financial stability is a fool’s errand.

Aiyana Moya is a paid intern at the ‘Pacific Sun.’