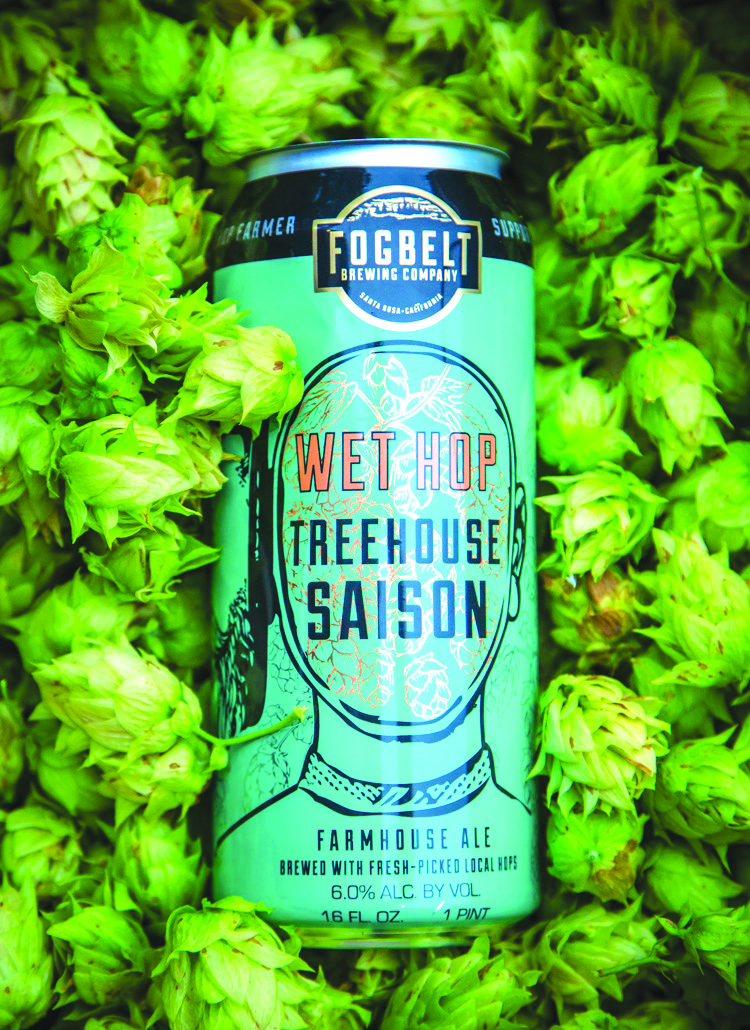 Local craft beer doesn’t get any fresher than right now

At a time when craft brewers are chasing the latest trends in new, trademarked hop varieties to juice up their juicy IPAs, some in the North Bay are digging up a relic
of a bygone day for their brews—literally, they are digging up the roots of decades-old hop plants that have gone feral near the banks of the Russian River.

Cluster is an old American hop variety that was widely grown in California both before and after Prohibition, and all but vanished from Northern California in the 1950s. Today, Cluster has about as much cachet as Michelob Light. But the bad rap is undeserved, says Windsor hop grower Mike Giovannoni, who found a few hardy survivors growing alongside wild grapevines in the corner of a vineyard he farms.

“Back then,” Giovannoni says of the glory days of bland American beer, “hops were used more for bittering than aroma and flavor, like they are today. Brewing styles have changed, but I feel that Cluster has a bad reputation based on old brewing styles and descriptions based on those old beers.”

One cool thing about Cluster, according to Mike Stevenson, who grows Cluster sourced from the Mt. Shasta area at his Warm Spring Wind Hop Farm, is that it’s got great genetics: having survived untended for 60 to 100 years, it may now be this region’s most robust hop variety. “The flavors and aromas are speaking to the adaptability of the plant in those different areas,” says Stevenson, who likes the tropical fruit, piña colada, passion fruit aromatics that his Shasta hops exhibit. “Totally different from the California Cluster that Paul has in his yard from Russian River.”

Hop season doesn’t get any fresher than at the Windsor Historical Society museum’s eighth annual Hop Harvest & Heritage Day, where president Steve Lehmann invites budding hop heads to pick their own from the 15 prickly plants he grows on the museum grounds from roots collected from three Russian River Valley ranches. Spectators, including folks who remember the hop harvests of days gone by, are welcome.

“Some old timers come by to ridicule my hop-picking technique,” says Lehmann, “in the nicest way.”