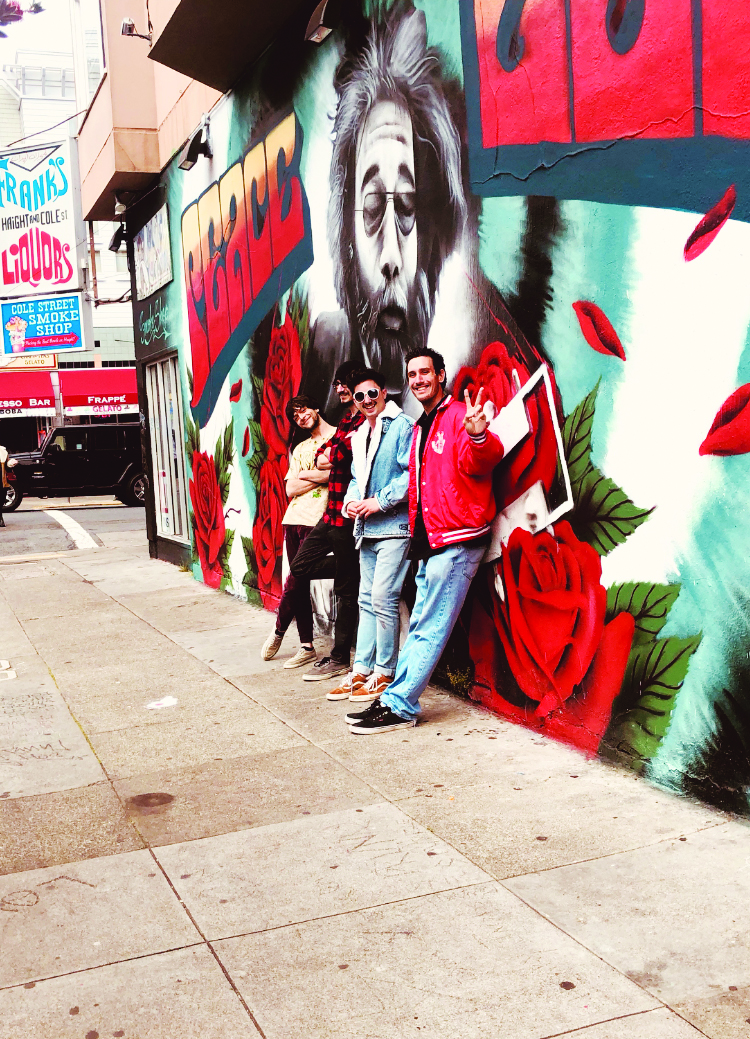 The Happys embrace their emotions on new EP

Guitarist and singer Nick Petty understands the positive impact that music can make on people. Music is one of the ways he pulled himself together after a troubled youth that included depression, addiction and brief incarceration—and music is what he has dedicated himself to sharing with his friends and fans as the frontman of Novato-based surf-punk band the Happys.

“I want to be in a band that’s making an impact,” Petty says. “I strive to entertain people and let people know it’s OK to be weird, it’s OK to be different.”

The 26-year-old Petty first formed the Happys in 2012. Over the years, the band’s membership has moved around, though the lineup solidified in early 2018 with lead guitarist Alex Sanchez, bassist Brett Brazil and drummer Ryan Donahue.

Musically, the group draws from ’90s upbeat punk-pop bands like Blink 182 and Sublime, while also delving into heavier territory akin to Nirvana and Tool. Petty also lists influences ranging from Frank Sinatra to Tupac Shakur. That spectrum is represented on the band’s new EP, Bipolar, which came out last month and is available online.

Petty doesn’t shy away from talking about mental health on the new EP, which features four songs that open up a dialogue many people still have trouble engaging in.

Opening track “Birdy” is about living with depression, while track two, “Cut the Rope,” examines elements in people’s lives that hold them back emotionally. Petty describes the third title track as a love letter to mental health, and the EP’s closer, “Manic,” is about being, well, manic. Despite the subject matter, the tempo on the EP stays pulsing, and the guitars occasionally shred with hints of heavy metal flair in their surf-punk rhythms.

“Every day I deal with some serious emotional stuff,” says Petty.

Currently, the Happys are working with artist management guru Rick Bonde—whose résumé includes both Blink 182 and Sublime—at Tahoe Artists Agency, and the band is recording a follow-up full-length album. This month, the Happys take the show on the road with a tour covering Southern California between July 11 and 15.

“As a band, we want to look out for people,” Petty says. “We want to show them love and make them feel that they’re not alone.”

The Happys play Tuesday, July 17, at the Milk Bar in San Francisco. For details and to stream ‘Bipolar,’ visit facebook.com/thehappysband.

Charlie Swanson
Charlie Swanson is a North Bay native and an arts and music writer and editor who has covered the local scene since 2014.
Previous articleLetters to the Editor
Next articleDays of Malaise