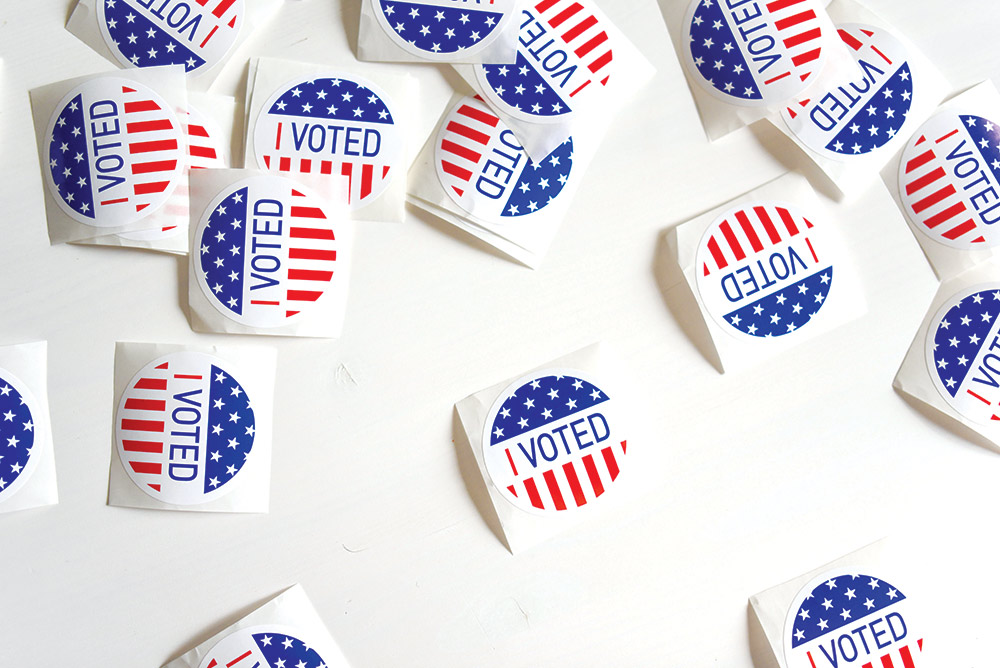 With the presidency and the U.S. House and Senate majorities at stake on Nov. 3, it’s easy to focus on the big races. However, let’s not give short shrift to the five measures on the Marin County ballot. Each measure affects only a portion of the county; consequently, you won’t be voting on every one.

The ballot includes three school-funding measures and two tax proposals. I won’t tell you how to vote, but we’ll chew the fat and you’ll be on your way to figuring it out.

The Shoreline Unified School District in West Marin is asking for approval on Measure L, which will renew the existing parcel tax of $212 for eight more years, with no increases from year to year.

The tax currently generates about $1 million in annual revenue, representing approximately 7 percent  of the district’s budget. The existing tax expires in June 2021.

If approved by two-thirds of the voters, funds from Measure L will enhance science, technology, engineering and math courses; maintain art and music programs; provide specialized reading and writing instruction; and attract and retain teachers. It may also pay for Covid-19-related services.

The elections department received no arguments against the measure.

Bottom line: Measure L asks you to pony up the same amount you’ve been paying each year, with no increases for the next eight years.

The Tamalpais Union High School District (TUHSD) seeks to replace two current parcel taxes with one parcel tax for the next nine years. The new tax of $469 equals the amount of the two existing taxes combined, with the same 3 percent cost-of-living increase each year.

The estimated tax revenue is approximately $16.8 million annually, equal to about 17 percent of the budget. TUHSD says it already cut $6.7 million annually from the budget due to ongoing deficits over the last three years. In addition, it boosted class size and cut administrative staff and reduced benefits.

If approved by two-thirds of voters, the new tax will begin on November 4. Otherwise, the two current taxes will continue through June 30, 2022.

Opponent Michael Harnett, founder of the Marin Public Policy Institute, argues Measure M is premature since the two current parcel taxes don’t expire until 2022 and Proposition 15 on this November’s ballot could provide additional funding for schools.

Proponents say failure to pass the measure will result in massive cuts to advanced placement courses, elective programs and athletics, as well as the layoff of up to 100 teachers.

Bottom Line: Funds from Measure M account for a significant portion of the district budget. A “No” vote means you’ll continue to pay the two current parcel taxes through mid-2022 and you’ll likely see a similar measure on the next ballot. A “Yes” vote extends the same $469 tax for the next nine years, with an annual 3 percent cost-of-living increase.

A $41.6 million bond measure is on the ballot in the Sausalito Marin City School District. The funds raised by the bond sales, estimated at $2.5 million annually, will finance the renovation and replacement of outdated buildings at Willow Creek Academy in Sausalito and Bayside Martin Luther King Jr. Academy in Marin City. The district expects to unify and integrate the two schools and wants equitable facilities on both campuses.

The district estimates the bond measure will cost property owners $30 per $100,000 of assessed property value. If approved by 55 percent of voters, it will begin in fiscal year 2021–22.

No arguments against Measure P were submitted to the Elections Department.

Voters in the City of Novato will decide whether to raise the transient occupancy tax (a.k.a. hotel tax) from 10 percent  to 12 percent. The tax applies to hotel and short-term rental stays of 30 days or less, including Airbnb and Vrbo.

If passed by a majority vote, the increase will account for an estimated $400,000 in revenue that will go into the city’s general fund. It may be used for Covid-19 recovery efforts, street repairs and 911 emergency services.

The Novato city council unanimously supports Measure Q. No arguments against it were filed with the elections department.

The City of San Rafael proposes the “San Rafael Emergency Preparedness and Essential Services Protection Measure.” Simply put, Measure R raises the local sales tax by one quarter of one percent for the next nine years.

The City foresees an $11.8 million revenue loss over the next 16 months due to the Covid-19 pandemic. Boosting the sales tax from 9 percent to 9.25 percent will generate a projected $3.4 million a year for the general fund. If passed by a majority vote, it will begin on April 1.

The funds may be used for disaster and health emergency preparedness, repairing streets, maintaining 911 emergency response times and preserving local services and programs for youth, families, seniors and the homeless.

Measure R opponents call the sales tax regressive and claim it hurts those least able to afford it. The true issue is pension funding, they say, which accounts for about 25 percent of San Rafael’s budget.

Bottom Line: The increase will make San Rafael’s sales tax the highest in Marin, though food and medicine are exempt from Measure R.

Next ArticleProp the Vote: A Cheat Sheet to California’s Statewide Ballot Measures