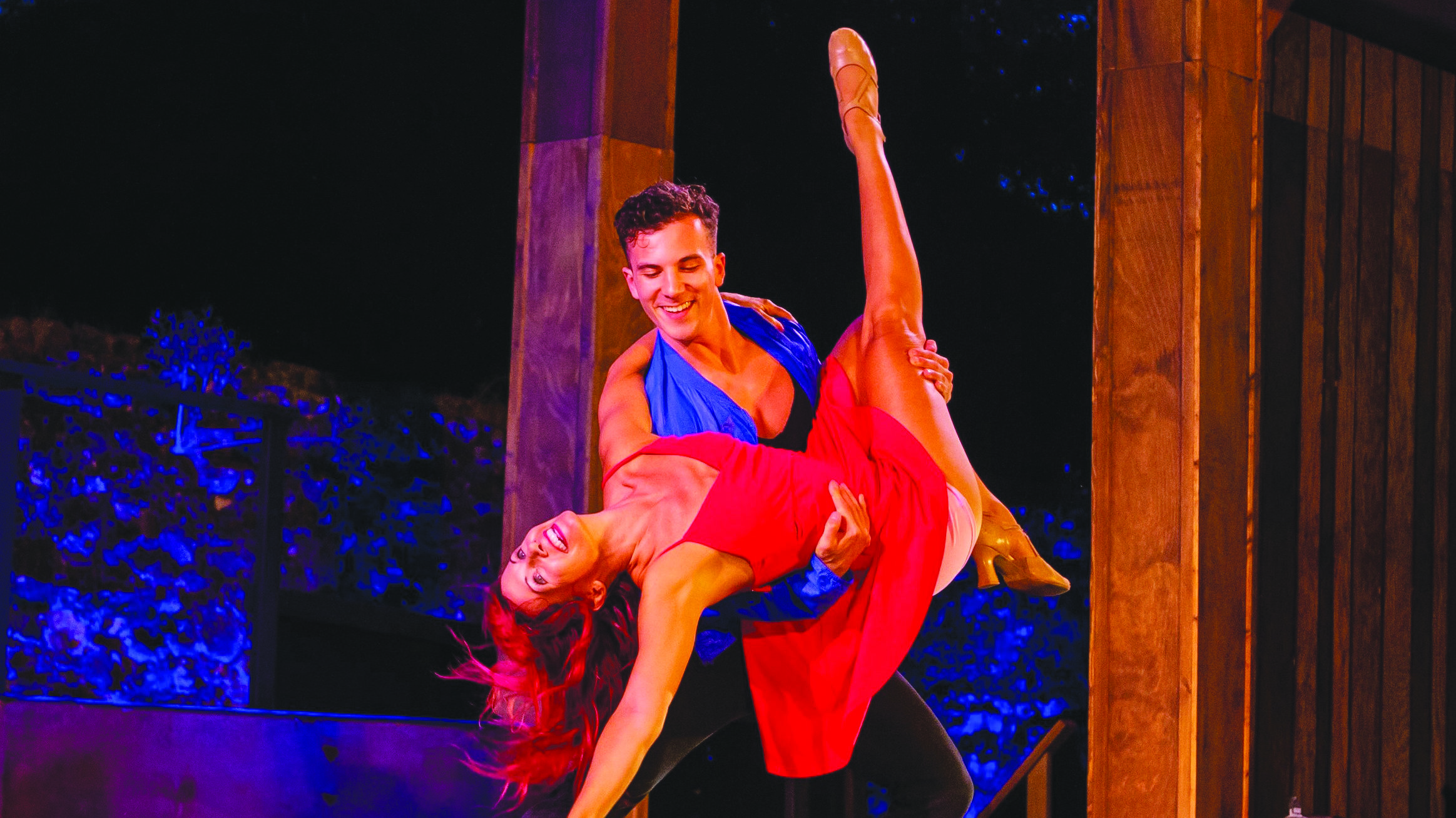 Transcendence Theatre Company busts out some serious moves for their latest production.

Transcendence built its reputation on a series of productions featuring top Broadway and national touring company talent. Past shows featured themes explored through a series of stand-alone vignettes featuring song or dance. In this production, director/choreographer Roy Lightner overlays the music and dance with a narrative.

It’s a simple narrative—the journey of life as experienced by three couples as they fall in (or out) of love. The twist in the narrative presentation is that each couple is represented by four performers. The couples are distinguished by costume color with one dressed in shades of red, another in blue and the third in green. One pair of performers handles the singing, the other handles the dancing. Each pair of couples occupies the stage at the same time, with the singing pair usually upstage and the dancing pair downstage. While not as confusing as it sounds, it does force the audience to split its focus which, in my case, led me to miss an important story point.

The songs and music used to support the narrative are the usual mix of Broadway standards and pop hits. Numbers from Rent, West Side Story and Hello, Dolly! are blended with songs by Justin Bieber, Bruno Mars, Bonnie Raitt, Whitney Houston and others. Most choices worked well, but I’ve yet to figure out what the show’s most emotionally evocative number—a terrific ensemble presentation of Kelly Clarkson’s “Broken and Beautiful”—had to do with anything.

It was good to see some diversity represented within the couples, though all adhere to a heteronormative standard. Heterosexuals have never had a lock on love, and with marriage equality the law of the land since 2015, it would have been nice to see a more-encompassing representation of modern romance.

Those Dancin’ Feet shows that Transcendence is willing to take chances and, while they may not all succeed, they should continue to do so. It’s a terrifically entertaining evening of song and dance.