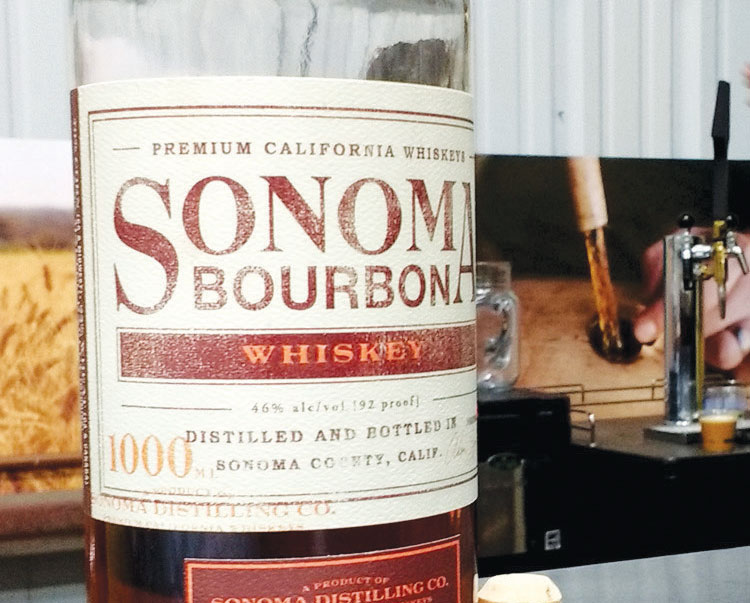 Whiskey fans have even more reason to celebrate the arrival of summer on June 21, when Sonoma Distilling Company officially reopens for tours and tastings.

The first time I visited the distillery’s new digs in Rohnert Park, founder Adam Spiegel stood in a then-empty corner of the warehouse, below a large overhead crane, and promised there’d be a bar and tasting room there the next time I stopped in. A month later, there’s a bar in the corner alright, but the crane’s still suspended above it, a leftover from the previous tenant, a machine shop. And it’s still a warehouse, not the expensively styled artisanal whiskey lounge I’d pictured.

That’s the right style for Spiegel. It’s bare-bones, it’s industrial, it’s authentic, says the whiskeymaker, who’s rebranded Sonoma Distilling Co. (formerly Sonoma County Distilling Co.) yet again, this time with a simple, somewhat retro label. The new and shiny piece luxury is around the corner—it’s a 3,000 gallon copper still, a one-of-a-kind gleaming behemoth designed by Spiegel and made for him by Forsyths in Scotland. Then, he had to wait a few years—the customer in line before him was Macallan.

The body of the still is based on those used in the Highlands distillery, Glenfarclas, while the top mimics the 250-gallon traditional alembic stills which now handle the secondary distillation, Spiegel explains on a tour of the facility. But with increased volume, he’s actually brought prices down.

So, how about that whiskey? Hang on. Tours, and the transparency of the operation to consumers, are important to Spiegel, who says he’ll be jumping in now and then to relieve his tasting room manager, and lead groups of up to 12 visitors himself. He’s sure to point out that the new fermenting tanks, constructed in Healdsburg, capture ambient yeast from the Rohnert Park air, and is sure to note that leftover water is used by a local farmer.

Got it. Now, the whiskey? Sonoma Distilling’s signature spirit is the all-rye Sonoma Rye Whiskey ($39.99), made with 20 percent malted rye. It’s a dry, minty rye with the structure for cocktails, but a vanilla cream soda note to please the neat sipper. The Sonoma Bourbon ($39.99) is only on the slightly sweeter side, and the Cherrywood Rye ($49.99) is made with malted barley that’s smoked onsite with California cherry wood, to evoke a Manhattan cocktail or a slightly smoky Scotch—just the right style for me.