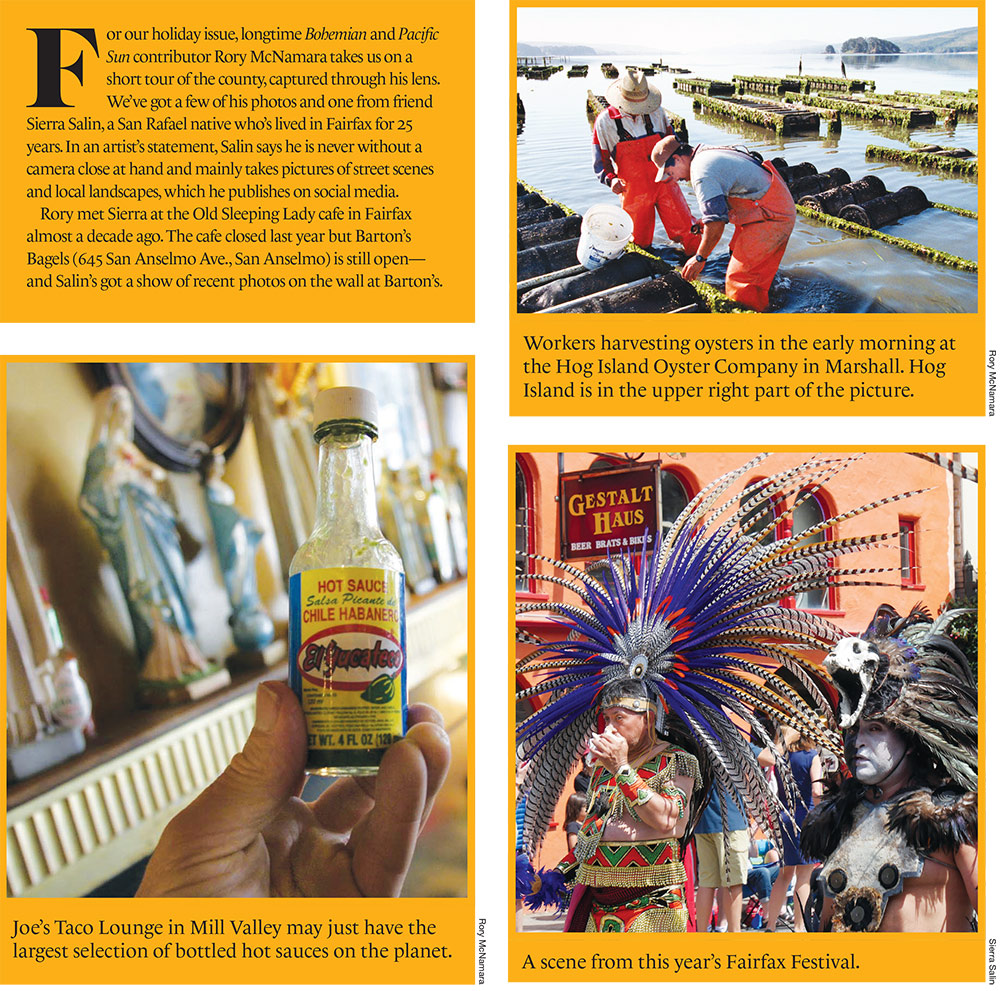 For our holiday issue, longtime Bohemian and Pacific Sun contributor Rory McNamara takes us on a short tour of the county, captured through his lens. We’ve got a few of his photos and two from friend Sierra Salin, a San Rafael native who’s lived in Fairfax for 25 years. In an artist’s statement, Salin says he is never without a camera close at hand and mainly takes pictures of street scenes and local landscapes, which he publishes on social media.

Rory met Sierra at the Old Sleeping Lady cafe in Fairfax almost a decade ago. The cafe closed last year but Barton’s Bagels (645 San Anselmo Ave., San Anselmo) is still open—and Salin’s got a show of recent photos on the wall at Barton’s. 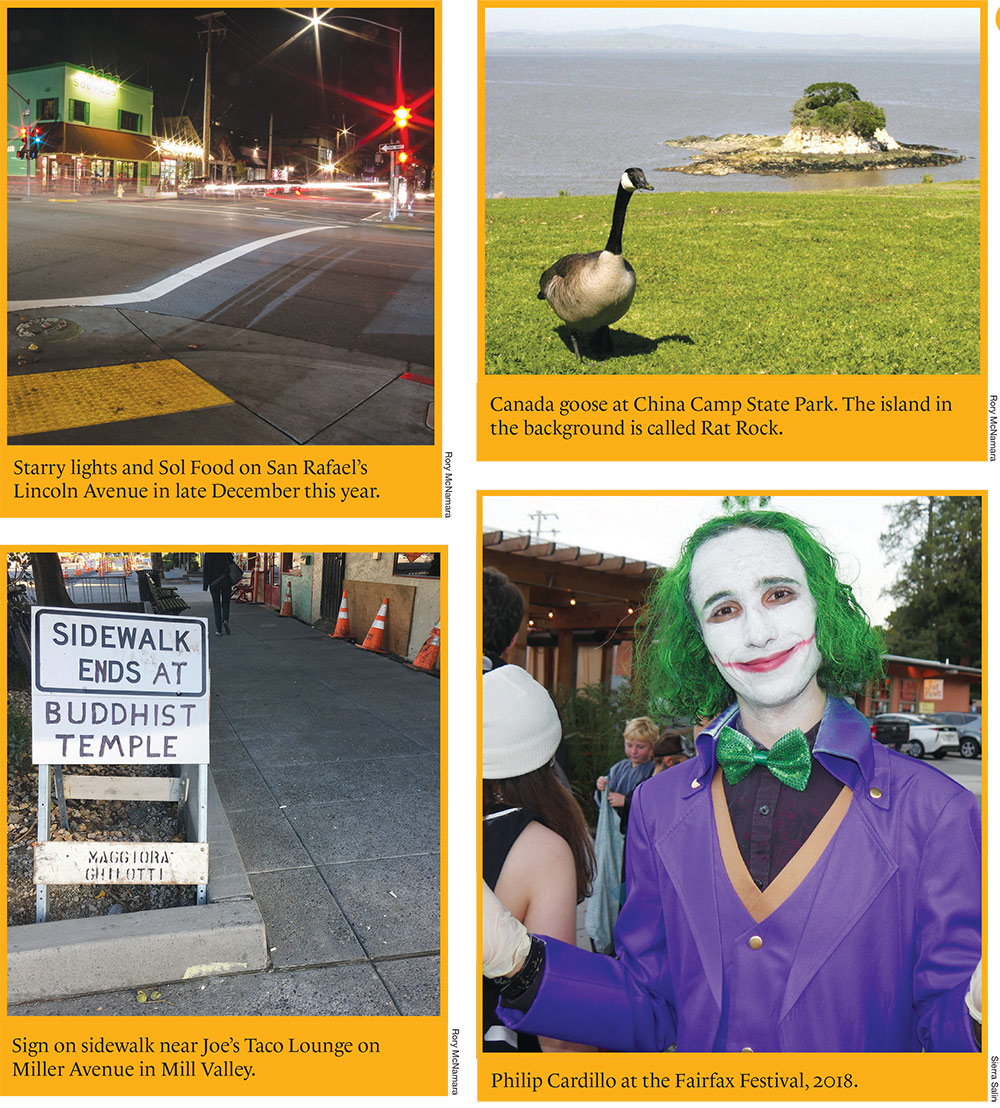 Pacific Sun
The Pacific Sun publishes every Wednesday, delivering 21,000 copies to 520 locations throughout Marin County.
Previous articleAbout The Artist
Next articleUnder the Sea