Get out your handkerchiefs, because rich tales of sadness constitute this year’s selection of Oscar animated shorts—cancer, Alzheimer’s and mistreated animals are among the subjects. There are eight shorts: five nominees, plus three extra.

The first of the contending nominees is Prague’s Daria Kashcheeva, whose stop-motion Daughter is about an old misunderstanding between father and daughter, resolved on the former’s hospital deathbed. It’s as subtle as it is serious—the beep of the monitors is all that’s really heard, sad eyes flickering are all that really moves on rock-like faces. And then a careening bird hits a window, linking past and present.

Siqi Song’s Sister, like Hair Love, withholds the truth. Song is probably going to make better films than this one. She uses a unique media of felt dolls and knitted costumes. It’s a sort of textile-arts, stop-motion animation, telling surreal, grey-colored episodes of China when the Communists were dictating social policy. But the reveal of the true story she evaded doesn’t have the emotional punch she aimed for—all this cute softness doesn’t have an edge.

Far more impressive, even given its limited animation, is Rosana Sullivan’s Kitbull—a starter film made with Pixar’s help. A stray alley kitten, not much bigger than a rat, slowly befriends a pitbull used for fights. The subject sounds unbearable, but it isn’t; Sullivan shows a restraint here that lets the story grow organically, and it’s beautifully observant regarding the way animals move and show their feelings. Better still, she recreates a Mission neighborhood in San Francisco that hasn’t quite been condo’d to death yet and ends with a heroic reveal of the city in just the way the locals like to think of it—as a sanctuary.

Maybe the best is Bruno Collet’s Memorable, as good a movie about the wasting away of a mind as Away from Her (2007). It’s an impressively told story of Alzheimer’s from the POV of the patient. M. Durieux, a French artist losing his recollection of his wife and his times, is left to sit in a litter of image-laden post-its; hundreds of pictures of the words he’s lost. Collet’s 3D models have heavy impasto of paint on them, thick as van Gogh self-portraits. Evaporating droplets of paint shed by the artist represent his disease-induced rage and delusions. The droplets first rise, then evaporate into thin air, right after a last dance with a wife who is nothing but a woman-shaped phantom of swirls and patches of paint. 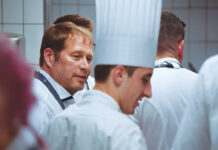 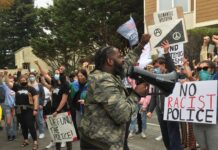 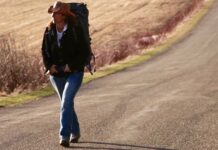