“I tried to focus my songwriting on this place as much as possible,” Ismay says of the new record. “I tried to think about what my experiences were on the mountain and tell those stories.”

Ismay wrote the album over several years while working and living on the family ranch on Sonoma Mountain, usually taking shelter in the ranch’s barn during the evening when no one was around.

In that vein, many of the songs on the album contain a folkloric quality, as if the mountain itself wrote the lyrics. Ismay’s musical approach of intricate finger-style guitars and emotionally affecting vocals set over field recordings lends a fairytale air of imagination to the entire record.

“That is a big part of my life,” Ismay says. “If we are able to spend time in the natural world, we get to engage more in those mystical elements of it; these strange things that you encounter that are unbelievable. These folklore stories used to be so much more a part of our lives.”

Within the framework of the natural world, Ismay also lyrically explores deeply personal issues such as identifying as non-binary or genderqueer.

“That was a big challenge for me in the record, because it’s so much easier for me to keep those things private,” Ismay says. “But I feel like I owe it to other people who are like me to be more honest and open with who I am and express this feeling I’ve had so deeply for so long.”

In addition to Songs of Sonoma Mountain, Ismay is also launching a new podcast, Where The World Begins, at the end of March to tell more stories from the mountain and the natural world.

“It’s a podcast about our connection to place,” Ismay says. “It’s about how humans shape places and how places change us.” 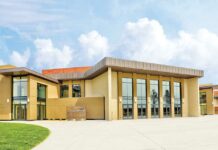 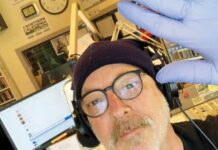 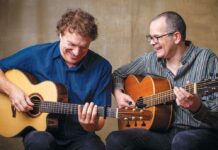