Pixar’s superfamily is back in strong form 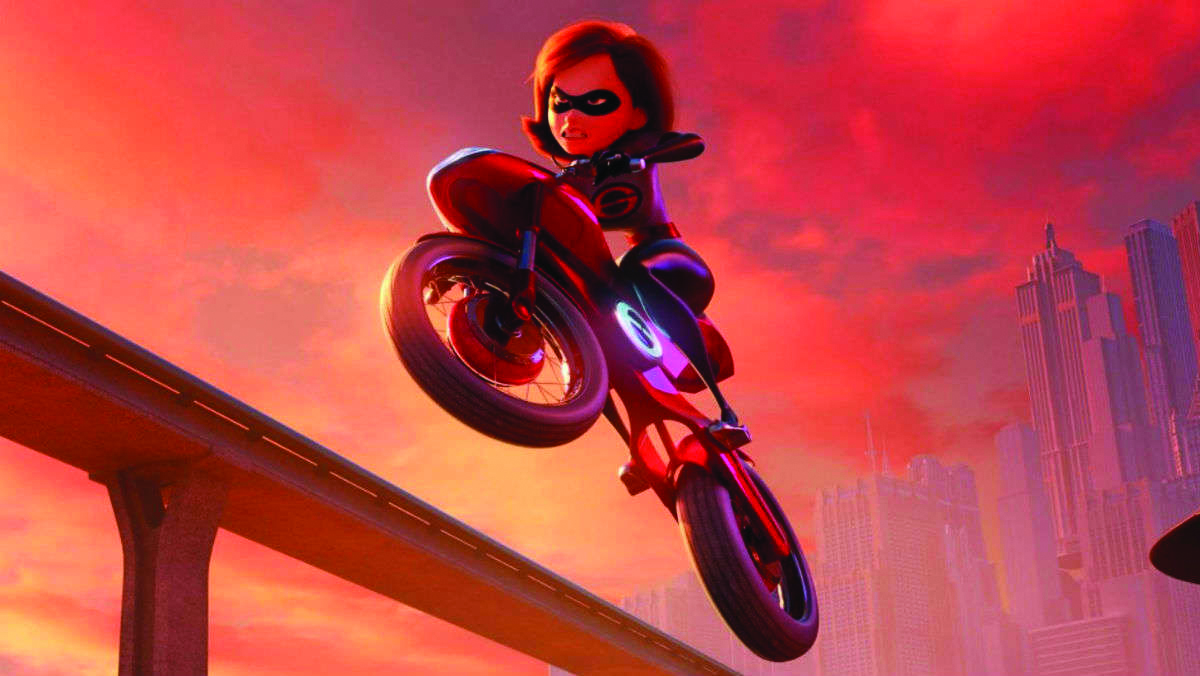 In a beginning as splashy as most finales, director-writer Brad Bird’s Incredibles 2 picks up right where its predecessor ended. The mole-man, Underminer, escapes with Mr. Incredible clinging to the side of his burrowing hell machine, churning scree right into our hero’s extra-large face.

During the conflict, the superpowered family accidentally trash the city, even as their government liaison, Rick Dicker (voiced by Jonathan Banks), is donning an aloha shirt in preparation for retirement. The Incredibles—dad Bob (Craig T. Nelson), mom Helen, Elastigirl (Holly Hunter), and their three kids—go on the lam to a cheap motel. Their friend, the supercool Frozone (Samuel L. Jackson), brings news of help from the Deavers, a brother-and-sister high-tech firm.

The Deavers have a plan to rebrand the superheroes as public heroes, instead of illegal agents of chaos. For modish girl-power marketing reasons, Elastigirl will be the first hero given a makeover.

That’s the best single idea in Incredibles 2: reversing the angle on the first film by making it about her, and suggesting that the most superpowered member of the team might not be the massive Mr. Incredible. Meanwhile, Bob stays home as an inept Mr. Mom with seething tween Violet (Sarah Vowell), super-speedster son Dash and multiple-powered baby Jack-Jack.

In a Pixar project, where story is so slaved-over, the question of “What’s the movie about?” can’t be answered with a plot-point roster. There’s family bonding, young love, a legion of bizarre superheroes, a terrific fight between an infant and a raccoon, aerial and terrestrial chases and a finish in a runaway hydrofoiling superyacht—like the Disco Volante parts in Thunderball, only better.

For all the nostalgia, this doesn’t seem like a retread. It’s particularly welcome, elating and thrilling, and it’s less kid-pitched than recent Pixars. The older you are, the more you’ll be pleased by what’s going on.Y

‘Incredibles 2’ is playing in wide release in the North Bay.

Next ArticleFeature Story: The Sword and the Shield