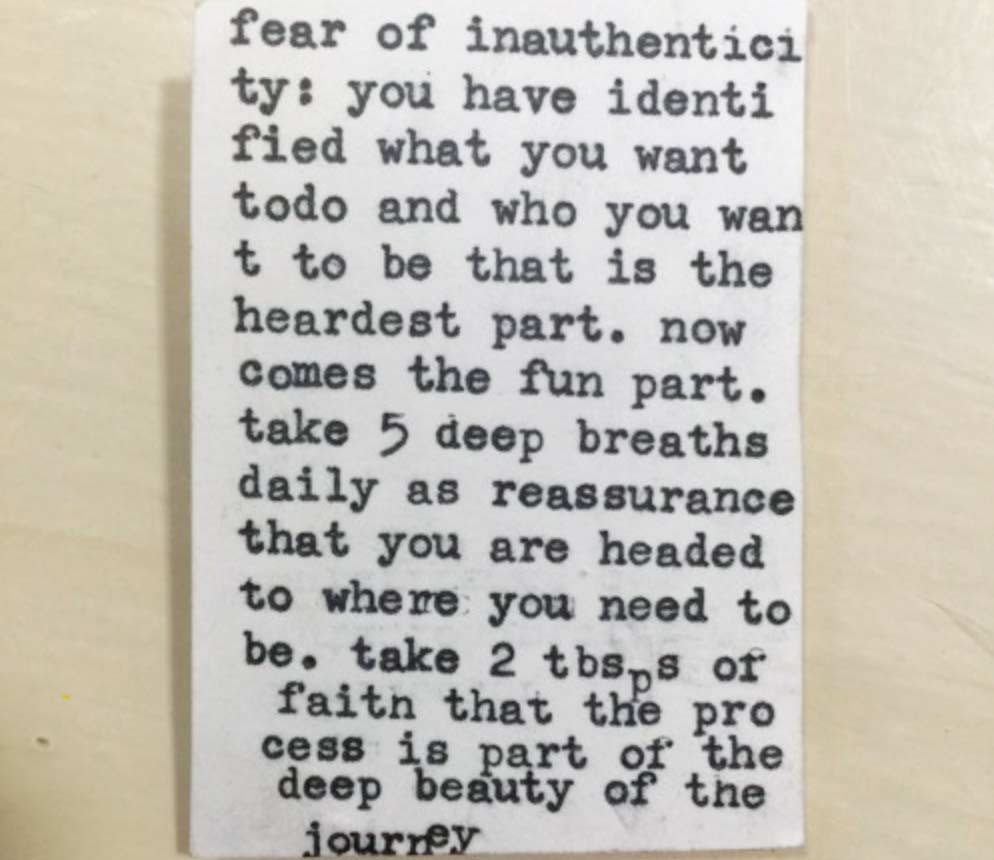 Some flack from West L.A. beamed me a release for a premium, naturally-alkaline spring water from some Nordic country that hopes to inspire individuals to find their own “pure authenticity.” Ha. When I lived in L.A., I visited the FAQs on the municipal water company’s website. The answer to the question, “Is my water safe to drink?” was a shruggy, “Probably.” I’ve seen Chinatown—everyone knows L.A. and water don’t mix. But here’s the real irony—“authenticity” is a trigger word for creative types, or more precisely, it’s photo-negative, “inauthenticity.” Thanks, flack.

Maybe it’s a Gen X thing, or an artist thing, or a byproduct from all the Fake News we read. Maybe it was because Nirvana’s bassist played a Guild B30E Semi-Acoustic Bass for the Unplugged album, which technically is not totally unplugged.

Fortunately, I was fortified against the pitch, thanks to art. Not in the hippy-dippy “art will save your soul” kind of way but rather through an art installation at the stARTup Art Fair in San Francisco three years ago, when we could still go to such events.

The fair took over the entire Hotel Del Sol and each guest room was converted by an artist into their own exhibit space. Situated in the courtyard by the pool was an artist named Hunter Franks, who was in a booth described by the event’s organizers as a space to open up to a stranger and share a fear to receive a custom, typewritten philosophical prescription from a certified Fear Doctor. So, I sat down and told the Fear Doctor about my fear of inauthenticity.

This is my prescription:

“Fear of inauthenticity: You have identified what you want to do and who you want to be, that is the hardest part. Now comes the fun part. Take five deep breaths daily as reassurance that you are headed to where you need to be. Take two tablespoons of faith that the process is part of the deep beauty of the journey.”

Instead of washing up writing press releases for water or drowning in printer’s ink, I’m gonna dog-paddle in those two tablespoons of “faith in the process” until I’m safely ashore. Better yet, the prescription is still good. It never expires (unlike the SRRIs in the back of the cabinet). Per his website (HunterFranks.com), “His participatory installations in public space break down barriers and help us reimagine our relationships with each other, our neighborhoods, and our cities.”