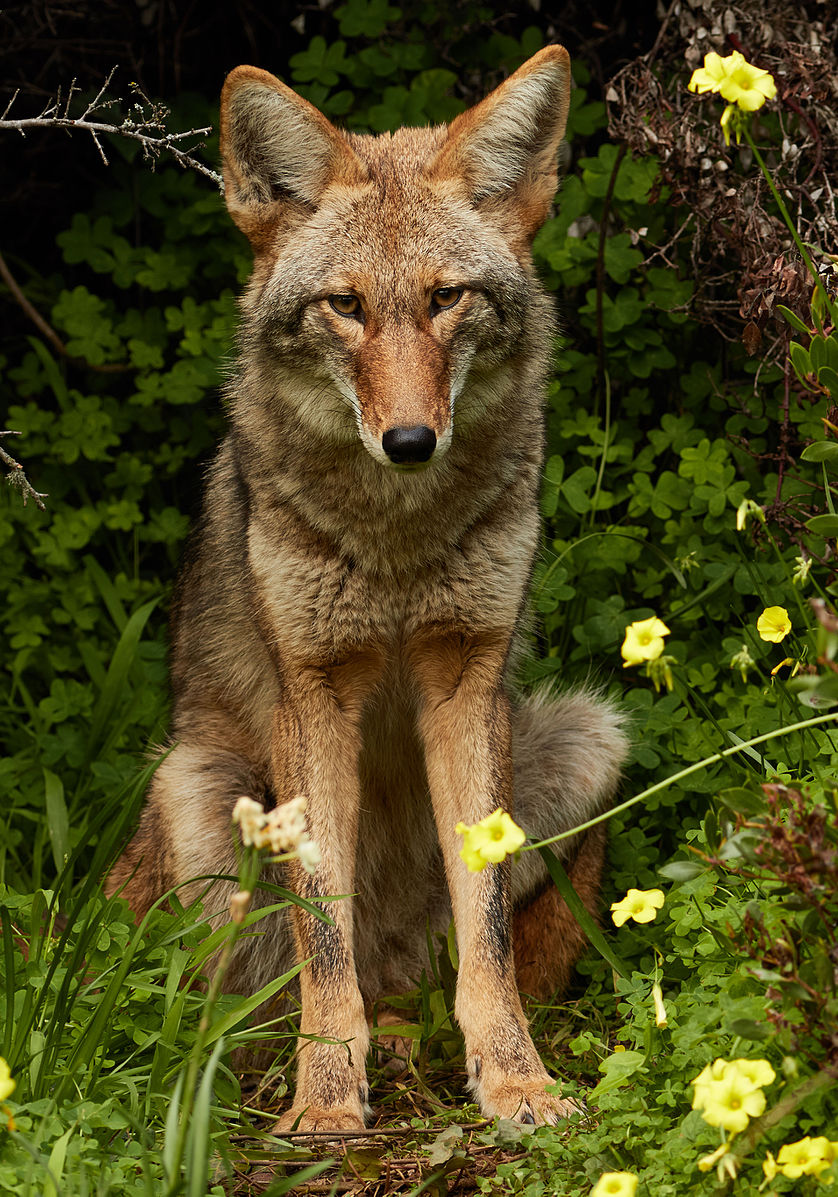 Hero
Photo ops abound when a parade of pups-in-training and working dogs from Guide Dogs for the Blind stroll down the red carpet at a special premiere of the acclaimed documentary Pick of the Litter. The overload of adorable begins at 6:30pm on Wednesday, Sept. 5, at the Smith Rafael Film Center in San Rafael. Partially filmed on the San Rafael campus of Guide Dogs for the Blind, the movie follows a litter of puppies through their first two years of life, as they’re trained to become guides for their blind or visually impaired handlers. After the screening, filmmakers Dana Nachman and Don Hardy will be available to answer questions. The motion picture is audio-described, allowing audiences of all abilities to enjoy it. Don’t fret if you can’t make it to the premiere of this fascinating film, because it opens at Bay Area theaters on Friday, Sept. 7.
Zero
We had hoped the education efforts undertaken by the Marin Coyote Coalition would have allayed people’s fears. But no. The howls of discontent about living with Marin’s coyotes have grown louder than ever. A contingent of unenlightened folks even went before the Marin Board of Supervisors to voice their ill-conceived concerns and make various demands that the animals be tranquilized and relocated or killed. “Every single day in Marin County, there are pets being attacked and eaten by coyotes. Why is our government allowing this to happen?” Bernadette Bantly, of Corte Madera, told KPIX-TV. Every day? We’d like to see the data on that claim. While we sympathize with residents who lost pets, guardians should be aware the coyotes were here first and we need to be diligent about keeping cats indoors and small dogs on leash. Check out projectcoyote.org for tips on how to coexist with coyotes.
Got a Hero or a Zero? Please send submissions to [email protected] Toss roses, hurl stones with more Heroes and Zeroes at pacificsun.com.
Facebook
Twitter

Nikki Silverstein
Got a Hero or a Zero? Please send submissions to [email protected] Toss roses, hurl stones with more Heroes and Zeroes at pacificsun.com.
Previous articleThis Week in the Pacific Sun
Next articleAdvice Goddess